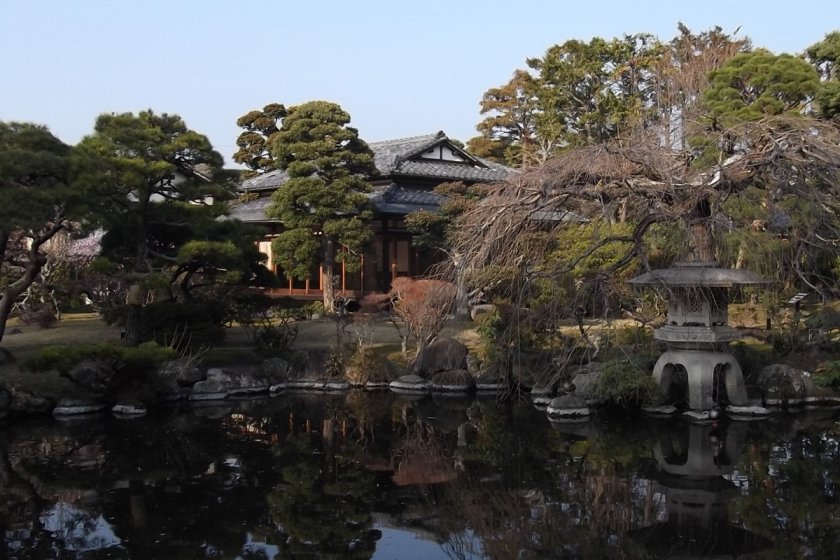 The garden next to the museum

A short walk down the main road south from Mishima station, the Sano Museum is the town's main art museum. It holds a number of exhibitions each year on themes as diverse as traditional woodblock prints, animal photography, decorative katana swords, and festival dolls.

When I visited, the special exhibition was on the history and development of ukiyo-e woodblock prints. There were over a hundred prints on display, and while the earlier ones were fairly rough and rudimentary, many of the later prints were brightly coloured and highly detailed, gently beautiful, relaxing to admire. Some of these were by Hokusai and Hiroshige, artists so well-known and revered that they are known only by the one name, the Prince and Madonna of ukiyo-e.

The information displays were only in Japanese, but there was a helpful leaflet giving some details in English about each print. The curators also thoughtfully included a display showing how the colours were added one at a time to build up the image of Hokusai's "Great Wave", as well as having a DVD playing nearby to show the printing process, and some actual blocks used to produce prints. I was glad that all this was included, as it gave me some insight into what I was looking at, and made me appreciate the craftsmanship of the artists.

There's also one small room displaying pieces from the museum's permanent collection. Here I saw some elegantly crafted swords dating back to the 13th and 14th centuries, with decorative sheaths lacquered in black, red and blue. Even older were the 12th-century wooden Buddha statues, the deities variously sitting down, stamping, or standing on a lion.

As well as the exhibitions, the museum holds a number of events throughout the year, though it looks like these are mostly accessible only to Japanese speakers. There are gallery talks and other events tied to specific exhibitions, and also other special events such as a golfing trip, a kabuki tour, or a moon-viewing party in the pleasant garden adjoining the museum.

At the entrance there's a good-sized and well-stocked gift shop with an impressive range of goods for sale. You can buy cards, prints, stickers and other stationery items; bags, handkerchiefs and accessories; chocolate, glassware, and probably more that I've forgotten. 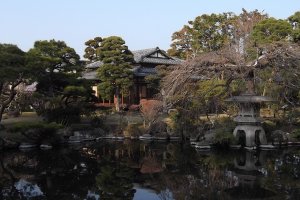 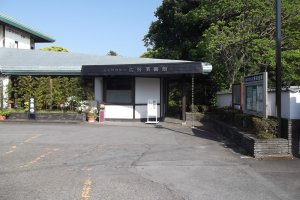 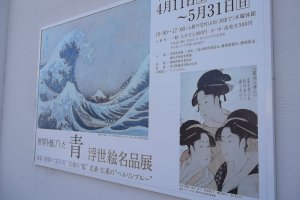 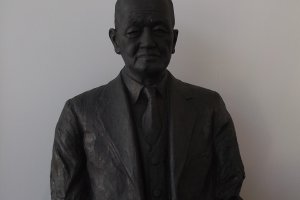 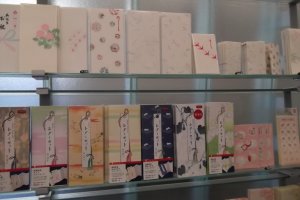 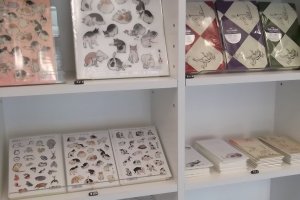