Tou-cha - the green tea game that was outlawed!

In the heart of Shizuoka City, there lies Sumpu Castle (the former home of the great Tokugawa Ieyasu), and within the wider park the Momijiyama Garden and tea house. It is here where you can experience a historic Japanese green tea game, that became so popular as a form of gambling that the Japanese government had to outlaw its practice!

The game in question is called Tou-Cha (闘茶, literally "Battle Tea"), a type of tea-tasting contest where the contestants have to guess the type of tea, and from where the tea originated.

Invited into the tea house, we make ourselves comfortable at individual tables in front of the master. He starts to explain the history of the area, and the game we are about to play. It goes something like this... five varieties of tea leaves are placed in front of the guests by the master. The guests can only look at or sniff the tea leaves to imagine how they look or taste once brewed. Dark green, light green, sweet, bitter, and so on: time for the tea connoisseurs among you to shine.

Then, the tea master prepares and brews the first tea, and the guests sip it to guess which leaf it comes from. The second tea, third tea, until the fifth tea. If you can guess all of them, then well... congratulations, you're the winner!

This tea-tasting contest dates back over 500 years, and grew in popularity to the point that it pivoted from just being a recreational activity, to one of gambling. People starting gambling vegetables, money, samurai swords, property, and even their own wives, up to the point where the government had to step in and outlaw it. In the Edo period, it was enacted in many Kabuki plays in a satirical manner, and the game became referred to as Cha-Kabuki. Nowadays, Tou-Cha (or Cha-Kabuki) is not so popular, and is no longer outlawed as a recreational activity, so in some locations, such as Momijiyama Tea House, you can try this game for yourselves.

A wonderfully fun experience, and one wholeheartedly recommended!

Sunpu Castle Park is a 15-minute walk from JR Shizuoka Station, an hour and a half from Tokyo on the Tokaido shinkansen bullet train. 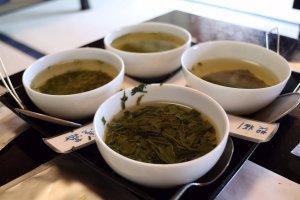 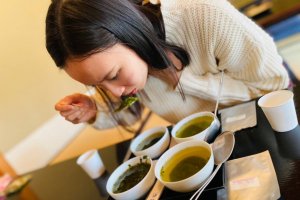 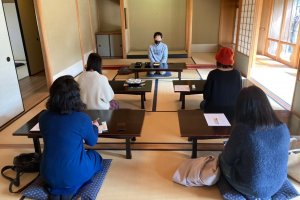 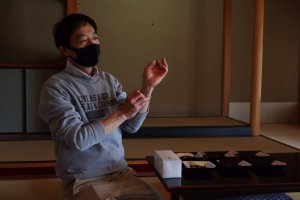 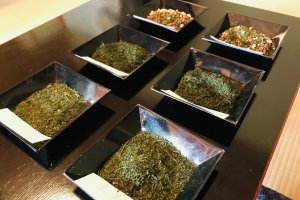 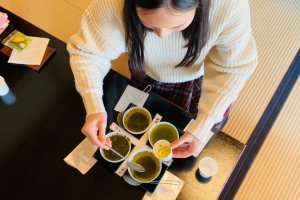 Elizabeth S 4 months ago
This sounds like fun! But I wouldn't put any money on my ability to match the brewed tea to the leaves.
Reply Show all 1 replies

Samuel Richards Author 4 months ago
ha! honestly, neither would I. It's much harder than one might initially think, particularly if they're similar blends. It's quite simple to distinguish sencha from gyuokuro, but very difficult to differentiate the region of origin from two different sencha.
Reply

Kim 4 months ago
This sounds like so much fun!
Reply Show all 1 replies

Samuel Richards Author 4 months ago
very much so, and tbh, is a game one could enjoy at home too! if using only green teas, it's actually quite difficult, especially guessing the later ones, as there's no palate cleanser!
Reply
4 comments in total