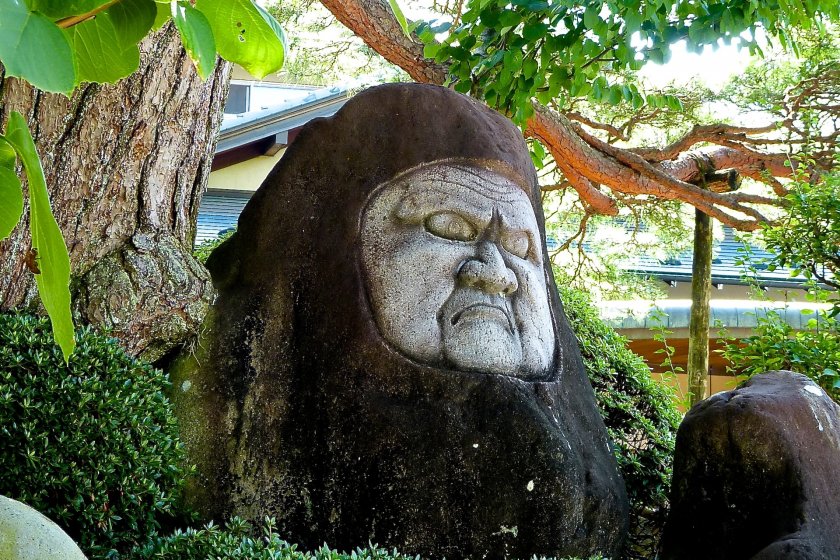 Buddhism from across the sea ー 4 Priest Issan Ichinei

Shuzen-ji is in the middle of Izu Peninsula, a land mass formed by a collision of below-the-sea volcanoes and the Japan main island 600,000 years ago. Even now, these volcanoes are quite active under ground, the source of a lot of hot springs throughout the peninsula. In 807, a famous Buddhist monk, Kukai (Kobo Daishi) discovered the first spring in the current Shuzen-ji district and established Shuzen-ji Temple there. Since then, we have been enjoying the blessings of these wonderful, healthy hot springs.

Entering the temple grounds, the main building is in front of you, the bell tower to the left, and a washstand to the right—the same arrangement found at most temples. Shuzen-ji Temple isn’t grandiose, but rather, is charming and cozy. There is also an interesting statue here—a Bodhidharma statue, called Daruma-ishi. It stands just in front of the main hall. Bodhidharma was an Indian Buddhist monk living in the 5th-6th century who is known as the founder of Zen Buddhism. He came to old China (Lian Dynasty) to spread his teaching and to have a Zen dialogue with their Emperor. Bodhidharma’s unique figure, with his strong piercing eyes, is exaggerated in this statue. Quite exciting!

Priest Issan Ichinei came from Yuan, China. The Yuan Dynasty (1271-1368) wanted Japan to become a colony of Yuan and sent official messengers quite a few times. But they never they came back to China. The Kamakura Shogunate carried executed them each time. Then they tried to attack Japan twice, but failed both times. The Yuan’s emperor, Temur (1265-1307), finally came up with a completely different strategy. Japan has always respected Chinese priests. So, Temur chose a cultivated Zen priest and gave him the highest honorific title in Yuan. In addition, Temur arranged for a priest who had a strong network in Japan, to go together with him. This final messenger was Priest Issan Ichinei, and his attendant was Seikan Sudon.

Issan Ichinei and his attendants arrived in Japan in 1299. As Temur expected, Issan Ichinei succeeded in handing over a diplomatic letter to Hojo Sadatoki (1272-1311), the 9th regent of Kamakura Shogunate. After accomplishing this heavy task, Issan Ichinei asked for permission to stay in Japan as a form of self-growth. But the regent didn’t believe him. He suspected that the priest’s real intention was to spy on Japan for Yuan. So, the regent confined Issan Ichinei to a local temple in Izu, Shuzen-ji.

But Issan Ichinei didn’t care where he was. He just set about cultivating himself everyday. Observing his serious approach to training and pure practices, soon many Japanese priests came to visit him. They were eager to learn from him.

Eventually, the regent released him from his confinement and invited him to Kamakura as the head priest of Kencho-ji Temple (the most important temple in Kamakura at that time). The inscription at the Somon Gate of Kencho-ji Temple is in Issan Ichinei’s own handwriting. It says “Kohuku-zan” and indicates a hope that large amounts of happiness would pass in and out of its gates. As the priest painted the Kanji character, he added one astonishing extra stroke. People say that this additional stroke gives the character a special power and dignity.

At Kencho-ji, a lot of high-level Zen trainees thronged to its training center. Issan Ichinei observed them and decided to institute an entrance examination. He thought a priest should acquire a certain amount of minimum culture before he started his studies. Muso Soseki, a young wandering priest, got the highest marks. He practiced very hard, but left Kencho-ji after only three years. A few years later, Muso Soseki heard that Issan Ichinei had moved to Engaku-ji Temple, and so he returned to become Issan’s pupil again. Muso Soseki was a diligent student and eager to get the point. During their conversatins together, Muso Soseki often asked his mentor Issan Ichinei about the essence of Zen. But Issan Ichinei repeatedly told him that it was nothingness. Muso Soseki couldn't understand what his mentor meant. He even thought that he couldn’t get the point because of a language problem. After that Muso Soseki visited Japanese high-ranking priest, Koho Kennichi. Listening to Muso Soseki’s story, Koho Kennichi admonished him for his misunderstanding. Koho Kennichi said, “Issan Ichinei had already given you the answer.” In his later years, Muso Soseki became a great master of Zen in Japan.

Issan Ichinei was an educated, artistic and sophisticated Chinese Zen priest with a good sense of humor, as was seen in his unique Kencho-ji’s inscription. His unique calligraphy style can also be seen at Shigetsu-den Temple in Shuzen-ji. If you are planning a visit to Shuzen-ji Spa, please take some time to appreciate Issan Ichnei and Shuzen-ji Temple. 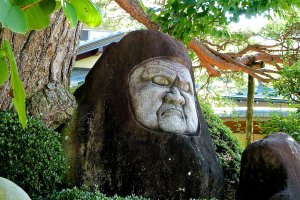 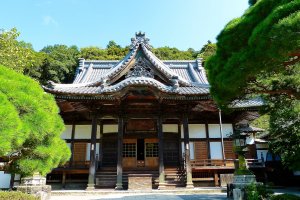 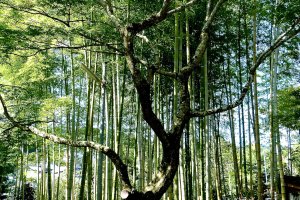 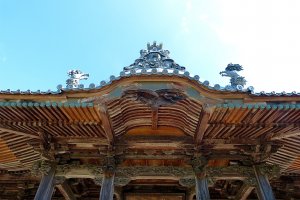 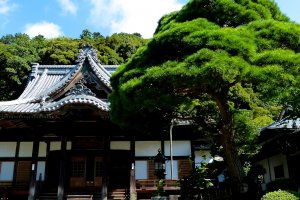 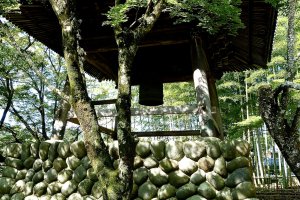