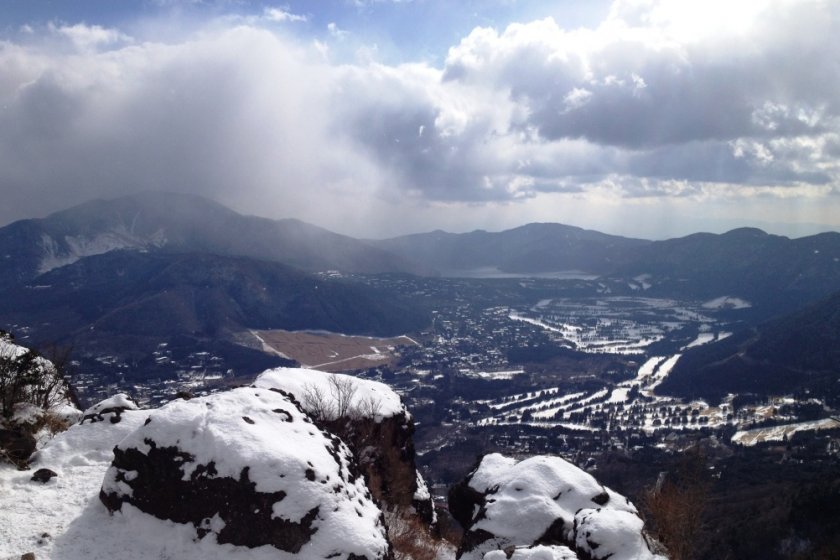 The view from the summit

Situated on the border of Shizuoka and Kanagawa prefectures, Mt.Kintoki (金時山) is 1213 meters in height and the highest peak of the outer rim of the Hakone crater. When it’s sunny, you have a magnificent view of Mt.Fuji (富士山) from the summit. Unlike Mt.Fuji, the trails are open year-round, and each season you can see Mt.Kintoki with a distinct seasonal touch.

There are several trails to enjoy a nice hike up to the top. We chose our trail because of the Yuhinotaki breaking point (夕日ノ滝分岐) where you have a superb view of surrounding mountains including Mt.Fuji. To get to the trail, take the train on the Daiyuzan Line at Odawara station and get off at Daiyuzan (大雄山) station. Then, take a bus heading to Jizodo (地蔵堂) and get off at the last stop. From there, walk uphill about 10 min and you will see the sign.

When we got off the bus, it was snowing. Big flaky and powdery snow was covering the rocks on the way, and we enjoyed playing with it. We also crossed over several creeks and walked through a cedar tree tunnel. The landscape was very scenic and made me a little nostalgic in a way. After 2 hours of nice hiking, we reached this open view point where we saw the city of Ashigara. Unfortunately, it was cloudy and we couldn’t see Mt.Fuji on that day. We sat down on a bench and had lunch while enjoying the view and conversations. There were a couple of other climbers with proper climbing gear, and they were all quite impressed because some of us were wearing regular sneakers or even Ugg boots!

From there, it takes about 2 hours to the summit. It’s mostly stairs. After walking through a torii (鳥居), the stairs became even steeper and slippery. There were ropes on the side to help us climb. Although you need to pay attention to your steps, I’d say you should also take a moment to turn around and enjoy the view as you ascend.

At the summit, there are two restaurants where you can get some food and warm up. I shared a glass of beer with my friends to praise our accomplishment! There is a notebook in which you can sign to prove you were there. On the wall, I saw many wood pieces with names on them that were sorted by how many times they had climbed Mt.Kintoki. The highest score was three thousand one hundred times! (We all assumed that it was probably the people who work at the restaurants.)

On the way back, we decided to take a trail down in the Sengoku (仙石) direction. Some climbers warned us it would be difficult without crampons, but since no one in our group had them anyway, we figured whichever the trail we took, it wouldn’t be much different. Just as they told us, the trail was very steep and had snow-covered steps. Also, the snow was packed down and very slippery. As the sun rose high, the snow on the ground melted and became very muddy and mushy.

After walking about 2 hours, we stopped by the Kintoki shrine, which is dedicated to Kintaro (金太郎). Kintaro is a legend that originated on this mountain. It’s about boy who was born with super powers, and who has a bear as his friend. According to the legend, this mountain was his playground. We walked about 15 min to get to the bus stop to catch the last one back to Odawara station. There are many hot springs on the way, so if you are willing to catch a cab, you should definitely visit one of them.

Born and raised in Osaka, Japan. I've lived in the state of Oregon for the past 10 years. I came back in Feb 2011 and currently working in Tokyo!I've traveled around the world but realized that I haven't traveled much in Japan. Now taking advantage of being in Japan, I want to explore my own country more! 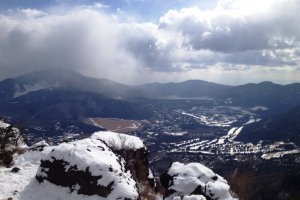 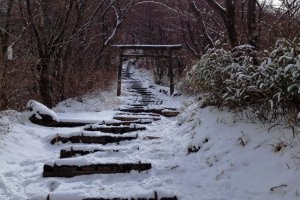 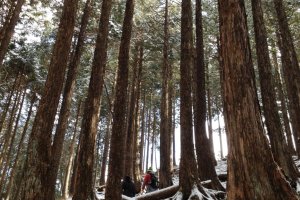 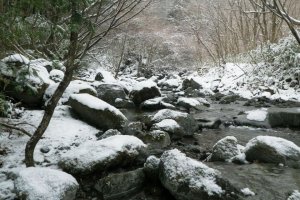 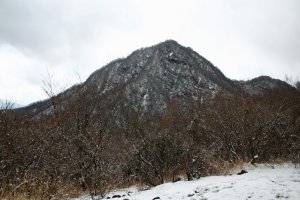 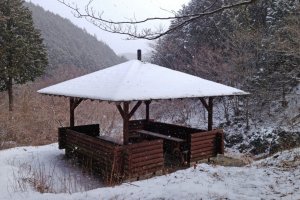 JapanTravel Guest 9 years ago
Fantastic winter photos of Mount Kintoki in Shizuoka by Yu Nakao. I especially love the forest of tall trees and snow on the ground. If you stopped breathing for a minute, I'll bet you could hear a pin drop.
Reply Show all 0 replies
1 comment in total