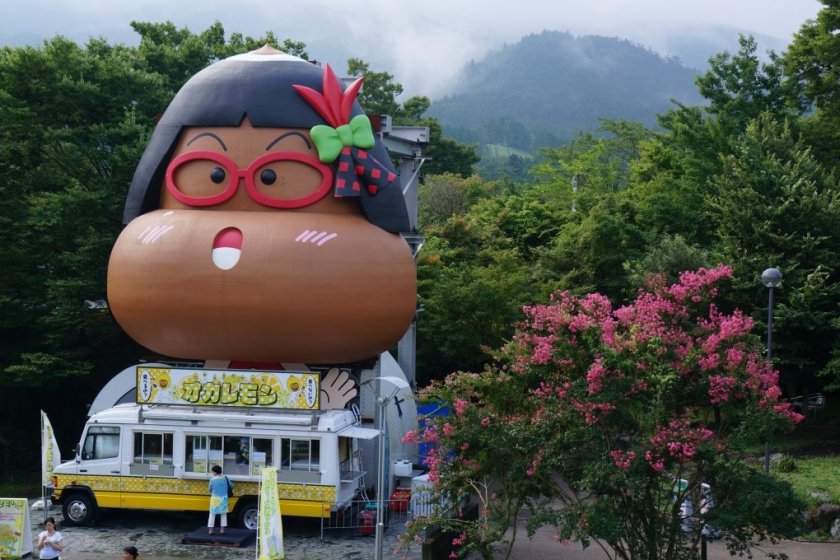 Highway rest stop or a destination?

I don't know what this was, but the Japanese love mascots

Despite the convenience of the Japanese train system, sometimes driving to a destination can be easier depending on where you're going. Cars are especially nice for touring around the countryside once you get to your final stop. With navigation apps like Google maps to expertly guide you just about anywhere in this country, there's no excuse not to hit the road a few times.

Once you do decide to take the highway system, you'll find that the Japanese have made it very convenient for you. They have rest stops, or "service areas" as they call them, at frequent intervals along the major highways. Where they found the space for these I have no idea as the major stops are huge. On a recent trip down to the Fuji area, I had the opportunity to stop at the Ashigara Service Area. This service area is just a few kilometers outside of Gotemba near Mount Fuji.

Upon pulling off the highway, I entered a short queue for a parking spot. There is an entire team of parking attendants on hand to direct you to an open space though, so no worries. There is plenty of parking really, as the lot was as big as that of a large shopping mall. Most people make the restroom their first stop. And most would not think that "clean restrooms" and "highway rest stops" should go in the same sentence. But let me tell you, the bathrooms are super clean. At a different rest stop a few years ago I remember thinking that "stall" was better than most hotel bathrooms! I grew up in Wisconsin and knew all too well those "waysides" as we called them. I won't explain them in detail but let's just say there was no running water at some of these unless you pumped it by hand.

Ashigara Service Area is a large stop with food and shopping in the middle of the complex. Flanked on the right and left are large toilet facilities. Yes it's so big that there are facilities on both ends. There is a floor guide too so you can find your way around. Out in back was a nice little fenced in area where you could let your dog run loose. Next to the dog area, your kids could take a pony ride. Also outside were about eight or so food vendors. We haven't even stepped inside yet.

Inside you'll find more than twenty restaurants that are part of the food court or regular sit down restaurants and bakeries. Most of the larger stops have a Starbucks. There is likely to be a souvenir shop where they promote the local foods and goods. Ashigara service area was promoting Shizuoka and Yamanashi Prefecture. There were wasabi goods of all sorts, rice crackers, mochi, and the list goes on and on. I recently took a liking to Japanese grapes, which is one of the things for which Yamanashi prefecture is known. One shop was selling individual grapes wrapped in a cocoon of mochi. Yes it was very good.

If you'd like a hot bath, sauna, or even an overnight stay you can do that too. Rates for a night were a reasonable $55 for your basic hotel room. If you've got some time to kill, you can even do your laundry.

I finally settled on a bowl of soba noodles with tempura. Most of the food court places used ticket machines which eliminated the need for a cashier. There was always someone around to help anybody with the machines. I tell you, you just might be the only foreigner in these service areas! Not many travel the country by car. One of the more popular places in the food court was McDonalds. In true Japanese efficiency, an employee worked the long line placing orders for those waiting with a tablet. The food was then ready by the time you made it to the front. There was free cold water, and hot and cold green tea.

One of the best things I found was a stack of cold, wet, cloth napkins - placed there just for hot travelers to wipe their head and neck to cool off. This part of Japan can get very hot and humid in the summer. You're just not going to find little extras like that in a U.S. rest stop! On my way home, I pulled into the other Ashigara service area, this time on the other side of the road. Each side of the road gets their own full complex of shops and restaurants! I'd only been on the road for 10 minutes, but why not? Japanese rest stops are a destination!

I'm an American living in Yokosuka Japan. Getting around independently in Japan and having access to the same food and menu options that the Japanese people do has been a goal of mine. So since arriving in Japan nearly four years ago I've been visiting restaurants, translating menus, and learning kanji along the way. It's been fun, I've learned so much, and met many great people along the way. I like to share the insights and lessons that I've learned with everyone else in hopes your stay in Japan is easier because of the information that I'm able to share. 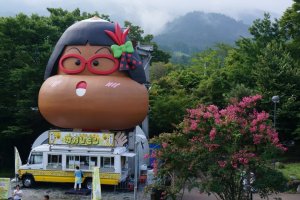 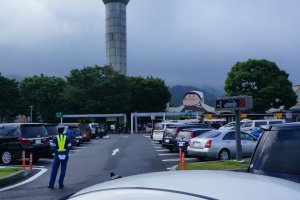 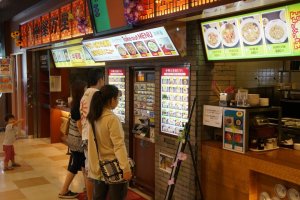 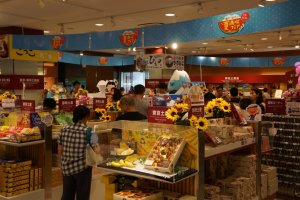 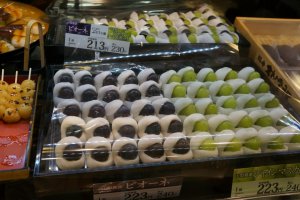 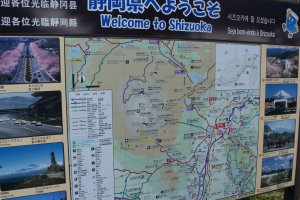 Victoria Vlisides 5 years ago
So awesome. Had no idea this was "a thing."
Reply Show all 0 replies
1 comment in total