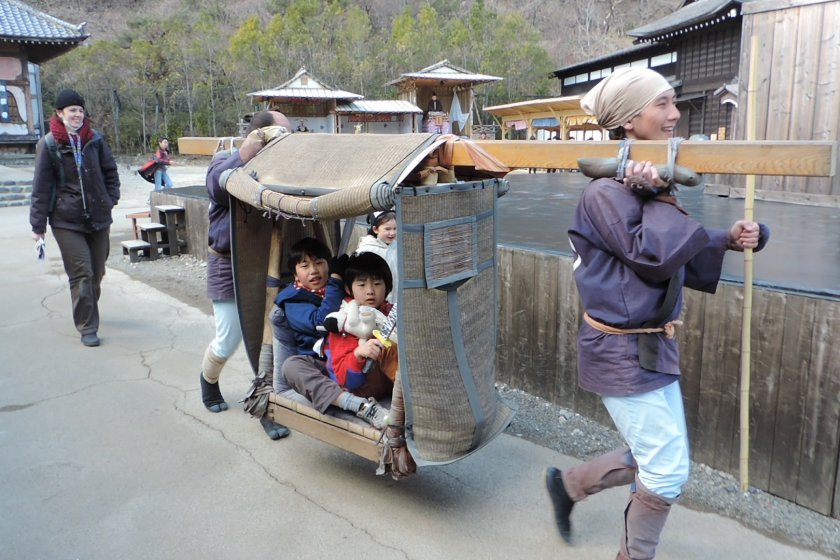 This was a free experience

On a sunny yet cool Saturday morning in early-March, we gathered, full of anticipation, at the entrance to Nikko Edo Wonderland in Tochigi Prefecture. “Venture out to Edo Mura, one of Japan’s coolest attractions: the only place to experience living history and culture of Edo period Japan,” boasts the brochure. “Watch out, folks!” it continues, “It’s real live action. Ninjas sneak all around you. Don’t get hooked by the gorgeous Oiran, the ultimate geisha. Nor fall for the trickery on the streets and in playhouses.”

My son brought his sword from home, ready to duel with the first ninja he encountered. And he did encounter a few, along with samurai and other townspeople (staff in costume) happy to duel with him or admire his sword.

As soon as we handed over our tickets, the children took off down the tree-lined avenue like race horses. Guide maps flapping in the wind (the English version is about 80 cm long), us mothers strode along purposefully behind. It was a good thing we were moving fast! It feels like about one kilometer to where the main attractions are. The question on all of our minds was how to see and do it all in 3.5 hours.

The stakes are high for this race: in addition to the time and cost of getting there, one adult ticket costs 4,500 yen, and for those aged seven to twelve, 2,300 yen. Younger kids are free; older kids pay adult admission. Half-day tickets save you just a couple of coins per ticket.

It was already almost noon. I tried to plot out how we could see as many ninja performances as possible, get lunch, and still have time for the two ninja trick houses, the ninja trick maze, the haunted temple, the samurai house, the jail house, and the costume rental shop. My son was running all over the place with his friends, brandishing his foam and tin foil sword and yelling at the top of his voice: I gave up seeing any type of museum. Once I saw the costume prices (ninja, 3,900 yen), I also gave up on renting a costume. And finally, I gave up on sitting down for lunch. This boy of mine was not going to sit down when there was so much fun to be had.

At the end of the day, another mother from our group showed off studio photos of her daughter in kimono. At Karakuri Photo Studio, you can “have your costumed portrait taken in just 5 minutes. You can dress up as a kimono-clad princess or change into a samurai lord.” We missed that, as well as a tranquil ride on a covered gondola along a canal.

We made the theater our priority, fitting in whatever we could between performances. The Winter 2013/14 performance timetable lists eight shows, with the first at 9:30 and the last show at 3:35. We squeezed in three shows, and all were outstanding.

The first thing we encountered was a line of people waiting to see the next ninja show. Alas, they had reached capacity and could not accept any more people in the line up. We continued along, behind the children who were charging ahead. We ventured into the haunted temple, which freaked out my young son. Then we caught the outdoor live show from 12:10. I wasn’t able to secure a bench, but I wasn’t tired yet so that was fine. The performance was easy to follow for non-Japanese speakers, mostly screaming, yelling, fight sequences and spectacular stunts. The other two ninja shows we saw were similar in that respect.

Next, my son got a ride in an Edo-taxi (free) – two men carried him around in a wooden box. Then, we spied a shuriken (throwing star) target practice area around the side of a souvenir shop. The three little boys shared the price (about 500 yen) to throw a set of shuriken, but alas the prize was a plastic sword so the third boy, who now was the only one without a sword, landed up buying one too (about 500 yen).

Our stomachs started rumbling. It was already 1 PM. The aroma of soy sauce and baking rice crackers lured us into a shop where we could bake rice crackers over a little fire, simultaneously warming our cold hands. That took about five minutes and cost about 350 yen for two crackers.

After that we got into line for the 12:50 show at the Grand Ninja Theater. Performances are from 15 to 40 minutes long. Waiting time was about the same, but I am not complaining: at Tokyo Disneyland, one often waits for 40 minutes or more for a ride that takes only about five minutes. We also got some fast food (dango) to eat while we waited. I particularly rememeber about eight ninjas on stage moving, jousting, jumping to music under spectacular stage lights. The actors kindly posed with kids for photos after the show.

After I lost my son in the maze, and got thoroughly dizzy, disoriented and bewildered in the ninja houses (slanting floors), it was time to line up again, this time for the show at the Ninja Karasu Yashiki House; while we waited, the boys played ninjas with their swords and with some actors too. After the last show, an action drama set in a very dark theatre with many trap doors, we did a tour of the Koga Ninja Mystery House, making our way through dark passages with trick mirrors, skulls, and scary sounds; that took about five minutes. We made it to the exit gate to catch our bus at 3:30. (It was a Prefecture sponsored private bus tour for foreign residents).

Although Edo Wonderland is a tourist trap, with souvenir shops and extra charges wherever you turn (parking 700 yen), I recommend a visit if you feel attracted to fantasize about life in Edo Japan. Edo Mura is really like a movie set, including actors.

If possible, arrive at nine and stay for the full day. Fine weather of course makes for a better experience. If it is freezing, snowing, pouring rain or a day heavy with summer humidity, it may not be so enjoyable, but theatre waiting areas are thoughtfully under cover; also, adverse weather results in fewer visitors and therefore, no waits, and choice seats in the theaters.

Find out more about Edo Wonderland. 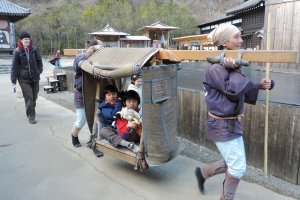 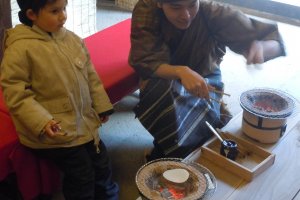 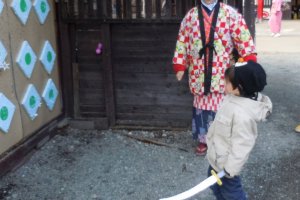 Elena Lisina 2 years ago
I bet it's funny!
Reply Show all 0 replies
1 comment in total