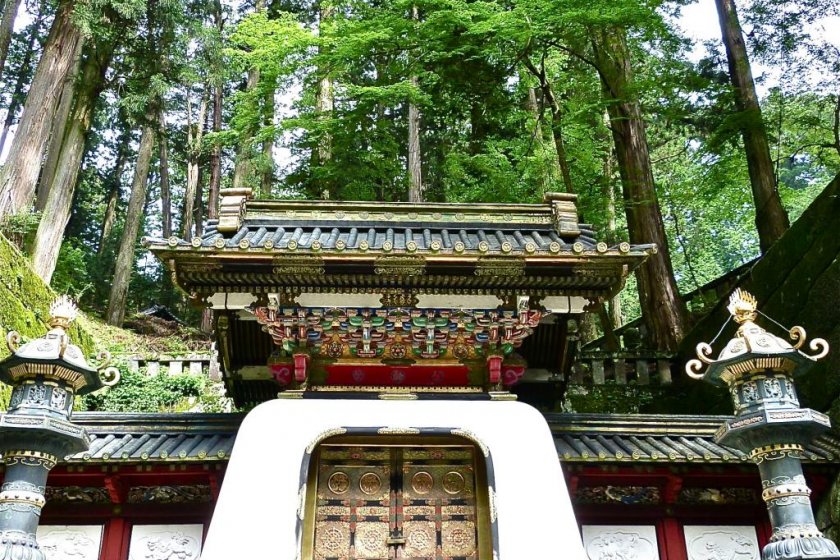 Taiyu-in is a mausoleum for the third Tokugawa Shogun, Iemitsu. It is located to the southwest of the Tosho-gu Shrine in order to guard one of the shrine’s two unlucky directions. Taiyu-in was completed in 1653, just 17 years after Tosho-gu Shrine was reconstructed by Iemitsu in 1636. But we can see the great progress made in the construction and carving techniques and in its sophisticated designs when we compare these two mausoleums.

Iemitsu was a grandson of Tokugawa Ieyasu. Ieyasu brought the Warring States Period (mid 15th century - early 17th century) to an end, and then established the Tokugawa Shogunate in 1603. Iemitsu was known as a wise monarch. He willed that his body should be buried in Nikko so as to serve Ieyasu even after his death. He also ordered that a mausoleum never be built that would surpass his grandfather’s in scale and grandeur. Thus, Taiyu-in was built on a smaller scale, with fewer engravings, and in darker colors than Tosho-gu. But the details are more sophisticated and elaborate.

The highlight of Taiyu-in is its five elegant gates, beginning with Nio-mon Gate. This first gate has two guardians (called Nio) showing two reverse gestures. One has its mouth open, restraining us from doing bad things. The other has its mouth closed, encouraging us to do good things. They also suggest the beginning/birth, and the end/death.

The second gate is Niten-mon Gate. Niten means the skies of east and west. Two guardian deities standing in the gate are Jikoku-ten (green skin) who protects the east sky, and Komoku-ten (red skin) who protects the west sky. When you pass through the gate and turn around to look back at it, you will see two other statues. Those are Fu-jin (God of Wind) and Rai-jin (God of Thunder). Fu-jin is holding a white sack filled with wind, and Rai-jin is drumming up a thunderstorm. Both are believed to defend Buddhism and its believers from evil spirits.

The third gate is Yasha-mon Gate. This gate has huge numbers of engravings of peonies, and is nicknamed the peony gate. The deities sitting in this gate are four different colored Yasha who guard four directions. Yasha move lightly and quickly, eat evil, and protect virtue.

The fourth gate is Kara-mon Gate. Although this gate is very small, it is inlaid with gold, and delicate carvings such as a pair of white cranes and a white dragon. The white dragon clutches a ball in its hand that is blue on the bottom, green in the middle and red on the top. The dragon is a symbol of authority and the ball represents the ability to make people happy. In addition, the dragon represents Iemitsu himself, who was born in the Year of the Dragon in Chinese astrology.

The fifth and final gate, Kohka-mon Gate, leads to Iemitsu’s grave. The large legs of the gate are white. We are not permitted to enter because Iemitsu’s grave is a pure, sacred precinct.

This beautiful font is supported by twelve granite pillars. Take a look at some of the metal in the font’s roof. Artists in those days first applied delicate transparent engravings to them. The dragon depicted on the ceiling used to reflect on the water’s surface. It must have been so beautiful, but sorry to say, we can’t see it clearly today.

Hall of Worship and Inner Temple

These buildings are all decorated with gold leaf. The inside is especially brilliant and shiny with its golden walls and ceilings. On the ceiling of the hall are 140 dragons, drawn by the most famous family of painters of the age, the Kano family. They used special 3D techniques on them. Each dragon was done at a cost of the equivalent of about $100,000 today. A piece of samurai armor which Ieyasu gave Iemitsu, crane-designed candle stands, a decorative drum, and other gifts are also displayed here.

Fewer people come and enjoy Taiyu-in than Tosho-gu Shrine, and because of that we can feel a deep and holy silence here. If you have enough time and hope to enjoy the details of this wonderful temple at your own slow pace, you will appreciate Taiyu-in very much. 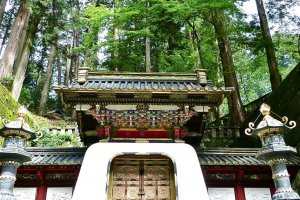 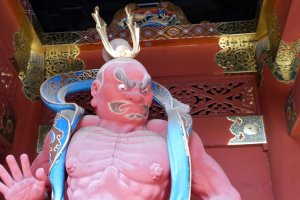 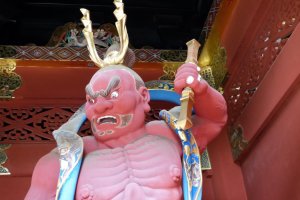 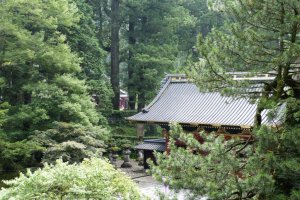 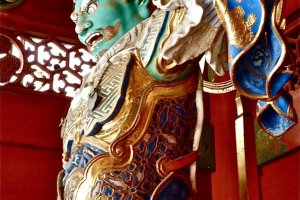 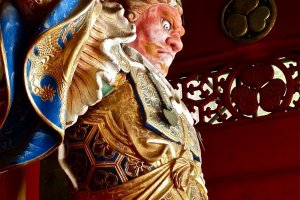 James Holford 7 years ago
I liked it for it is culturally quite informative. I have wondered what some of those shrine features were called and what they symbolize. Extrapolation of cost figures is interesting as well.
Reply Show all 0 replies
1 comment in total