Taiko drumers do battle in the streets of Otawara 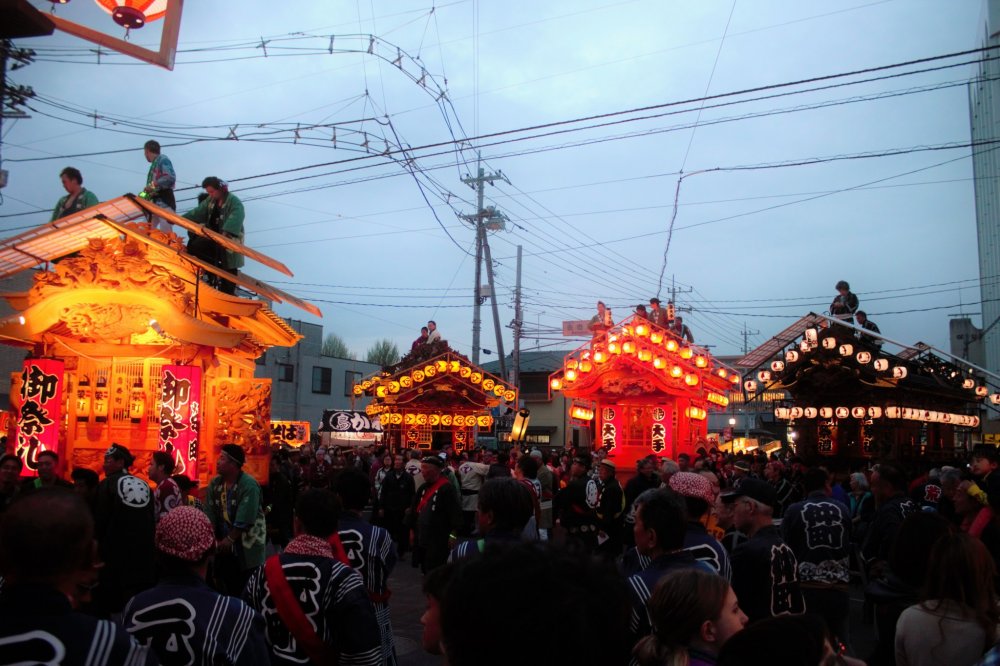 Crowds gather as the Buttsuke battle is ready to begin. 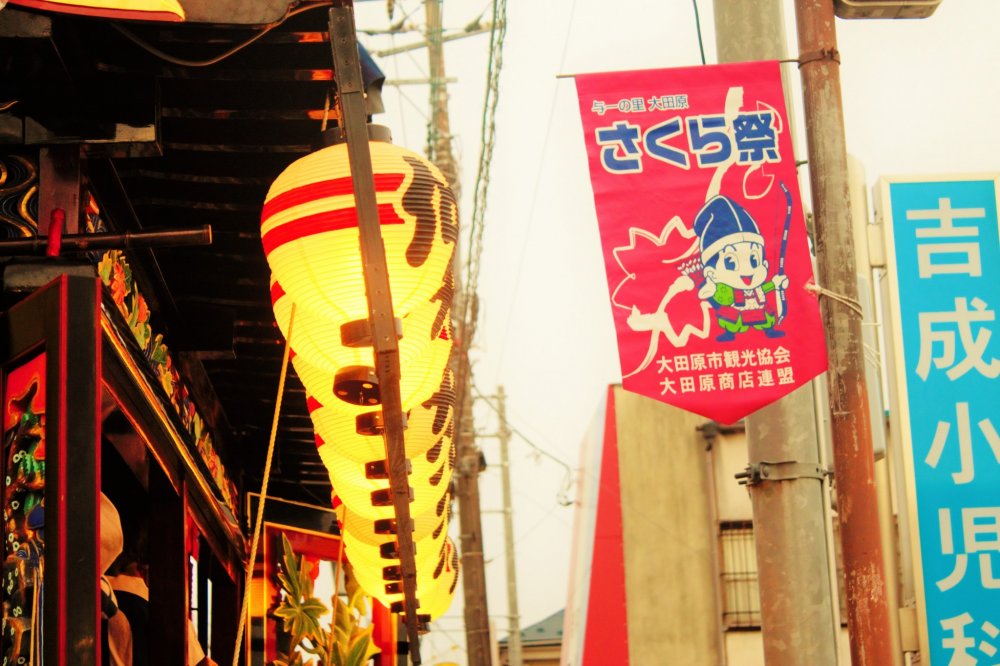 Otawara holds a Sakura festival each year in April. 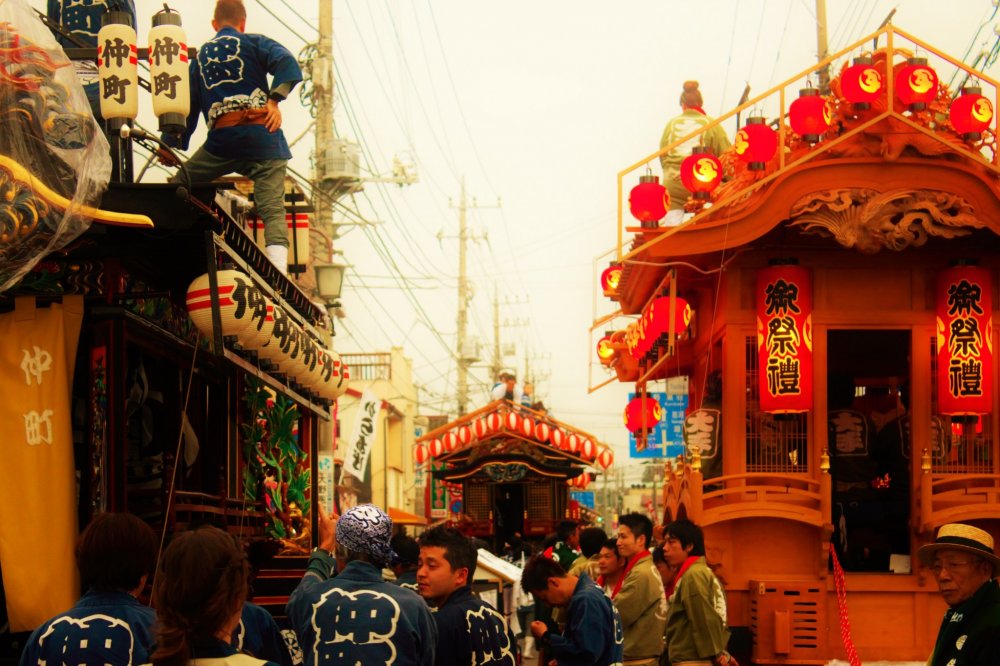 Yatai are prepared along the side streets, as the taiko players get read to do battle. 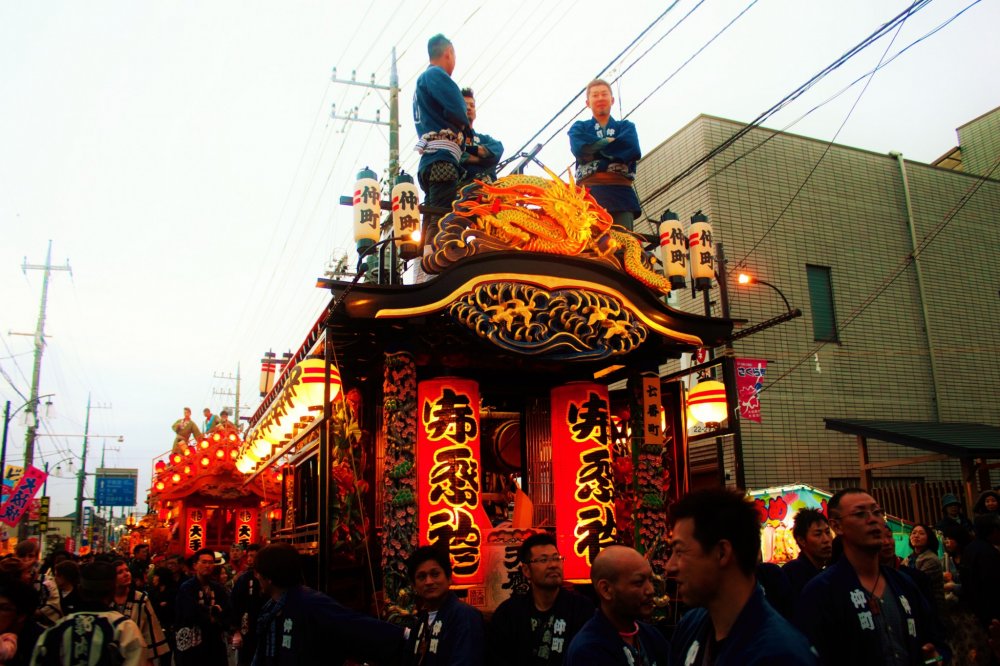 A large group of team members help pull the yatai to the battle area. 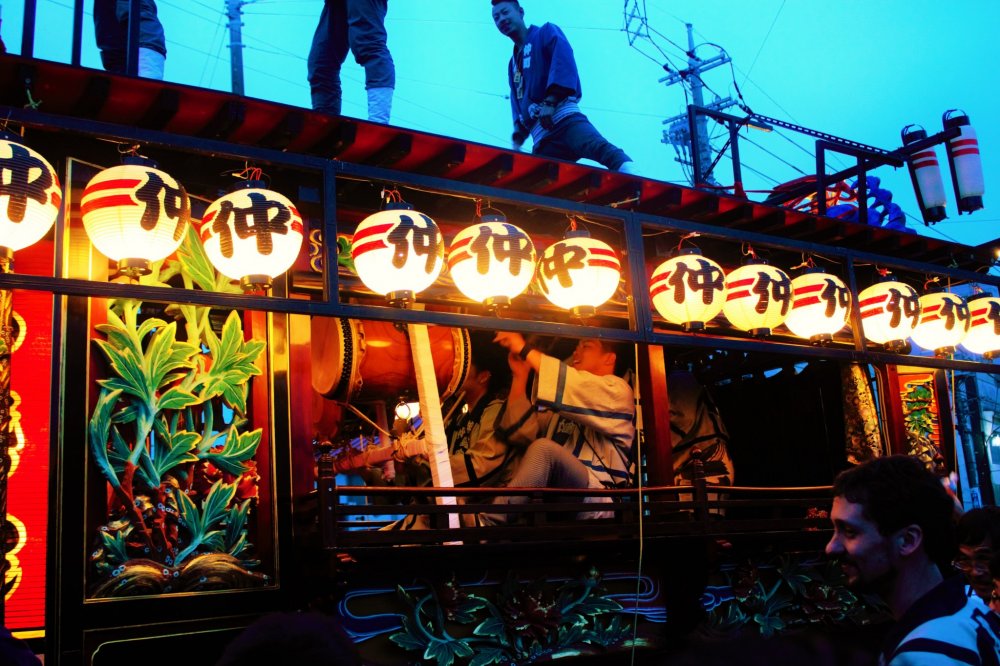 Taiko drummers begin their routine, each group has their own rhythm that they play. 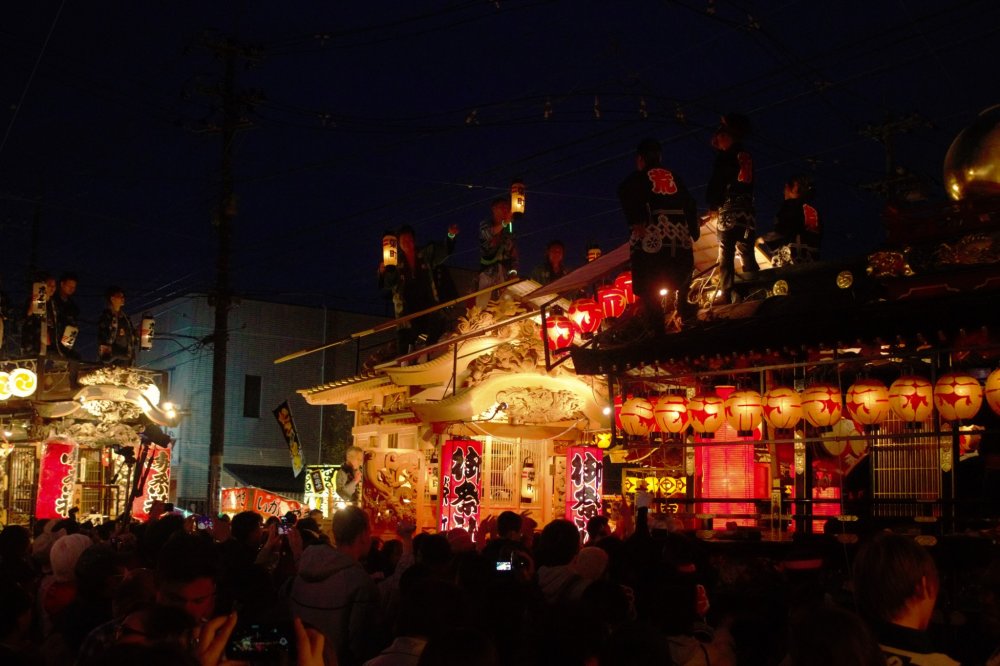 Each Yatai is decorated uniquely, representing each of the original towns and villages that now make up Otwara City. 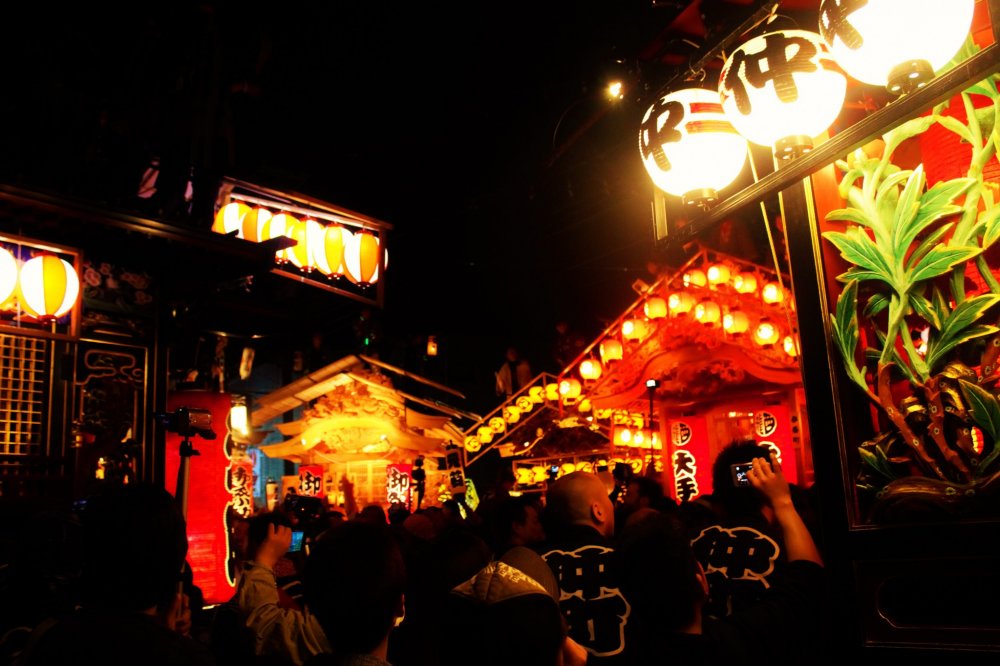 Yatais are paired off and pitted against each other, each one trying to out perform the other. 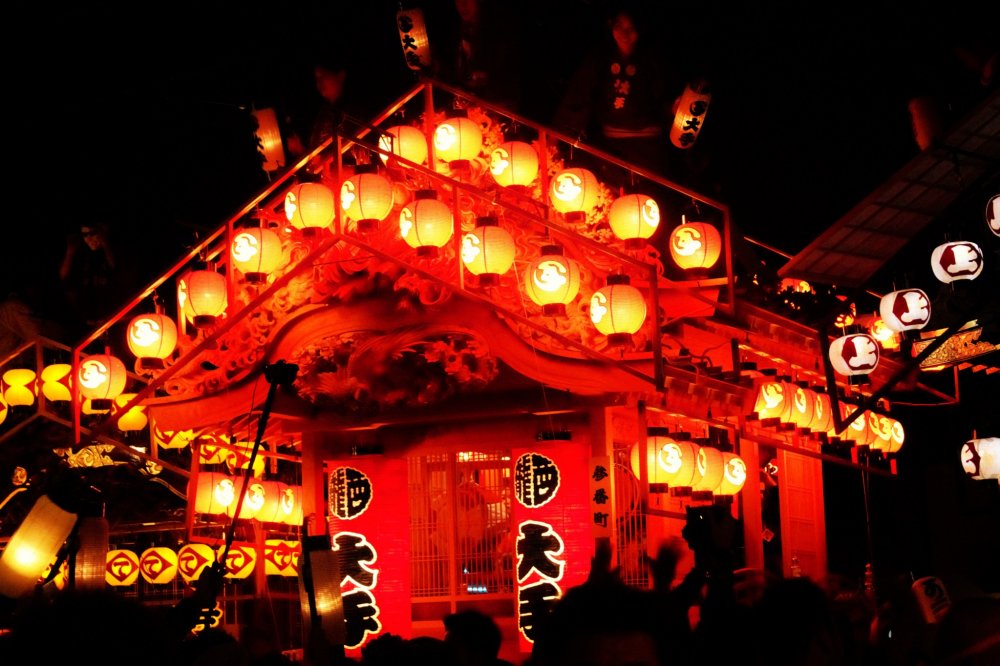 Each yatai is illuminated with vibrant lanterns. 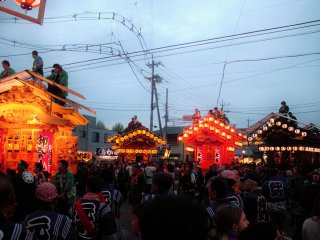 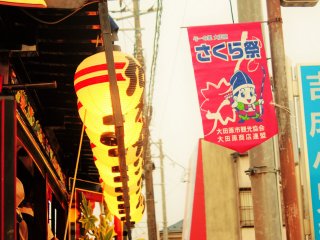 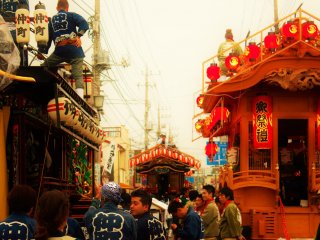 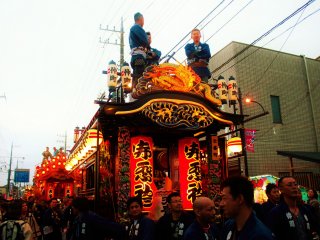 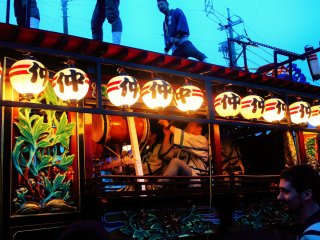 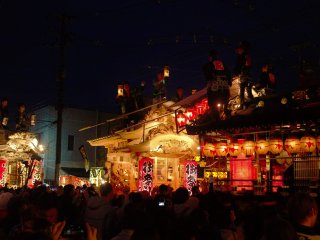 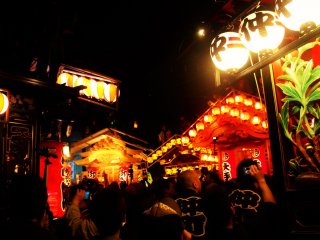 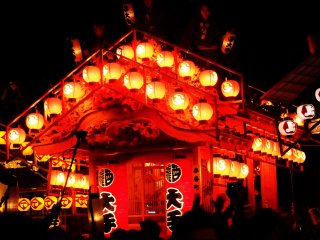 Terrific festival street food, ornately decorated yatai floats, and amazing taiko drum battles usher in spring in northern Tochigi! In mid-to-late April each year the city of Otawara in Tochigi Prefecture holds a spring yatai festival. Yatai are mobile carts, intricately decorated representing different areas of the city, the original nine towns and villages that now make up Otawara city. At night the yatai carts are illuminated by lanterns and are escorted by a troupe of supporters. The festival is two days long and includes different events such as a parade, taiko drum demonstrations, and culminates in a fierce taiko battle on the second night just after dusk. During this battle the different yatai groups perform their drumming set, pitted against each other, each trying to outdo the other. These buttsuke festivals are held throughout the year including one in Kanuma City in October each year. These festivals are very lively and are always fun to join if you are in town!