A Day at the National Noh Theater

I was coerced by a newly-acquainted Japanese friend to watch a Noh play at the National Noh Theater near Harajuku, despite the fact that it was 44,00 yen for side stage seating. However, wanting a uniquely Japanese experience, I decided that it would be money well spent just to see what traditional Japanese theater had to offer.

Making our way to Sendagaya Station, it was a 5 minute walk before reaching the place, and after gushing about the beautiful interior inside, we purchased our tickets and made our way into the theater. A 591-seater auditorium, it had a traditional Noh stage in the center, architecturally similar to traditional kagura stages of Shinto shrines, with polished floors to allow actors to glide easily through performances. Shortly after, the lights darkened and it began.

A noh play usually consists of men playing both male and female roles, and a day's worth of noh performances traditionally consists of five noh plays interspersed with humorous pieces, better known as kyogen. Modern-day noh performances now consist of two noh plays with one kyogen piece in between. The one that we first caught was a shimai, a 10 minute prelude to the main noh play called Kinuta (The Fulling Block). It consists of 4 actors in the background chanting a waka (traditional Japanese poetry), while the main actor walks around, portraying a woman pining about the loss of her husband.

The second one was a kyogen. A folksy medieval comedy performance, kyogens are the first dramatic performance with spoken lines developed in Japan. The one I caught was titled Funa Watashi Muko (The Son-in-Law in the Boat), a hilarious story about a man visiting his in-laws with a barrel of sake from Kyoto as a present, but got his sake intercepted and drunk by the boatman ferrying him across the river. The son-in-law then reached his in-laws house, only to discover that his father-in-law was indeed the boatman who drank all his sake, and the latter had to shave off his prized beard so as not to be shamefully recognized. It was a good 25 minutes of humor, with the two main characters (shite and ado) reciting their lines in loud, whimsical voices that incited heaps of laughs from the audience.

The last one was the main play that afternoon - the noh. An 85 minute spectacle, the one I caught was titled Kantan (The Pillow of Kantan), a story set in China about a young man named Rosei seeking enlightenment on a long journey. Arriving at the village of Kantan, he seeks refuge at an inn, and is given a pillow by the innkeeper said to enlighten him through his dreams. In his dream, Rosei was decreed by an imperial envoy to ascend the throne, and ruled for fifty years. Shortly after waking up, he is enlightened by the revelation that this world is transient like a dream, and returns to his homeland. The main actor (shite) playing Rosei wears the special kantan otoko mask, coupled with traditional costumes and a glorious black wig. His acting is accompanied mainly by the Hayashi-kata, a group of instrumentalists that play traditional instruments such as the taiko (stick drum), the otsuzumi (large drum), the kotsuzumi (small drum) and the fue (flute), and the waki-kata, the supporting cast that lead and confront the shite. It was a visual spectacle - the costumes, the dramatic acting, the recital of travel songs that further highlights the forlorn sentiments of Rosei, and the accompanying actors. Due to its slow pace, many of the audience members dozed off a little (me included), but still managed to catch and feel the spirit of the actors portraying such a beautiful, theatrical piece.

It was a day of traditional Japanese artistry, and even if I was slightly ashamed to have dozed off a little, I am simply amazed by the artistry of these Japanese actors. 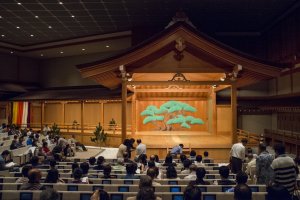 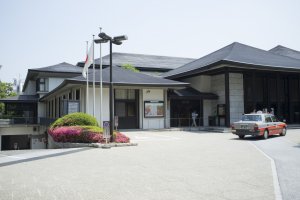 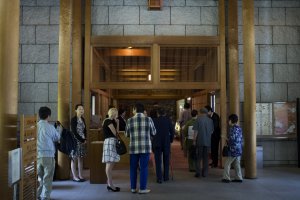 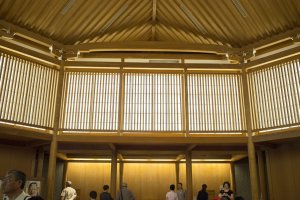 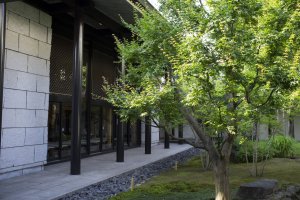 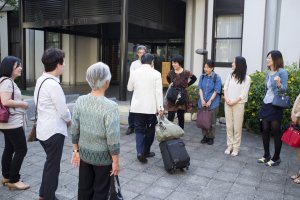 Sleiman Azizi 3 years ago
Sleep is good for you. It allows your dreams to move, just like noh.
Reply Show all 0 replies

Nicole Bauer 7 years ago
I guess it has happened to everyone :-) Therefore I like kyogen a lot; it is really funny I think!
Reply Show all 0 replies

Takako Sakamoto 7 years ago
I agree with Justin! Even I (Japanese) fall asleep every time I go see Kabuki, it's just too long! But dozing off during traditional Japanese play feels like heaven...music is tranquil and just too comfortable. Anyway, experiencing the atmosphere is important, right?!
Reply Show all 0 replies

Justin Velgus 7 years ago
I think almost all of us who have seen an extended Japanese perfomance have fallen asleep, but this is okay!
As Kabuki was and is, Noh has traditionally been daily entertianment. It is a place to relax and have fun. Falling asleep is not encouraged (you'll miss the show), but if it can't be helped don't worry :D
Reply Show all 0 replies
4 comments in total