Have you ever been to or considered to go to a Japanese event in ancient Japanese language and felt lost or gave up trying to understand the turning of events ? This new approach using special lenses might completely change the way we enjoy this art.

Few days ago I had the chance of attending a very special event, a Nohgaku and Kyogen, (a more simple version of Noh with a comedy twist) play at the National Noh Theatre in Sendagaya. Initially organized as part of the entertainment for the Olympic games, it has been dedicated to the effort of all the medical personnel during the ongoing global pandemic.

Noh is the ancient Japanese performing art and is a prime example of the complexity and elegance of Japanese theatrical scene, stage and every other elements have stayed the same for centuries, with the unique feature of not having the need of any special effect, lighting, sound effects, in the very same way as people would have enjoyed during the Edo period or event before that !

To know more about Noh, you can check this video from the Nohgaku performer association or have a look at this article about it.

What made this event even more special was the use of a very modern device, consisting in glasses with a mini projector incorporated in it, the RETISSA specially designed optics allow you to view images without using the eye's focus adjustment function, projecting subtitles and explanation in English allowing an effortless and clear assistance in understanding an event in a foreign language, in this case, a Noh play.

As Noh is a very ancient art, the language used by the performers on stage often result in being hard to understand even for native Japanese speakers, I found this glasses to have a huge impact on the overall experience, allowing the viewer to understand the play, will also grant an higher level of involvement and enjoyment, as it happened in my case, where I really felt a big difference, having been to Noh plays before where I barely understood any word, despite having a basic knowledge of Japanese.

For what I can see future looks bright for this UNESCO World Heritage Intangible art, which thanks to this new technology, will allow visitors to Japan to enjoy this art with subtitles and explanations in their own language. 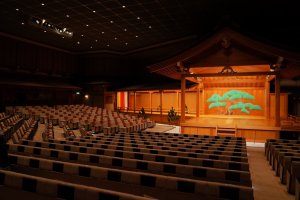 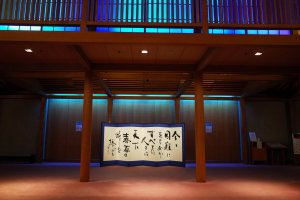 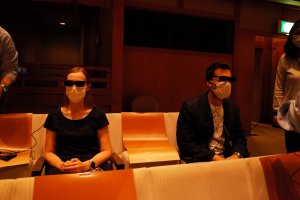 Bonson Lam a month ago
The RETISSA specially designed optics are a great idea. I have met some augmented reality suppliers at a travel conference and think when they are well thought out can really revolutionise different experiences.
Reply Show all 1 replies

Luca De Pasquale Author a month ago
I honestly was a bit skeptical before trying them firsthand, but I must say that I really enjoyed how these lenses work and it really brought my Noh experience and understanding one level up, I see much potential in this product for the upcoming years.
Reply

Sleiman Azizi a month ago
Noh has a special connection with its heritage and history so it's always very interesting to see how the art adapts to the modern world and it's realities.
Reply Show all 1 replies

Luca De Pasquale Author a month ago
Yes I was also very thrilled to see how this combination of opposites would work out, I see now how this can be a way to bring foreign visitors to enjoy such important part of japanese heritage .