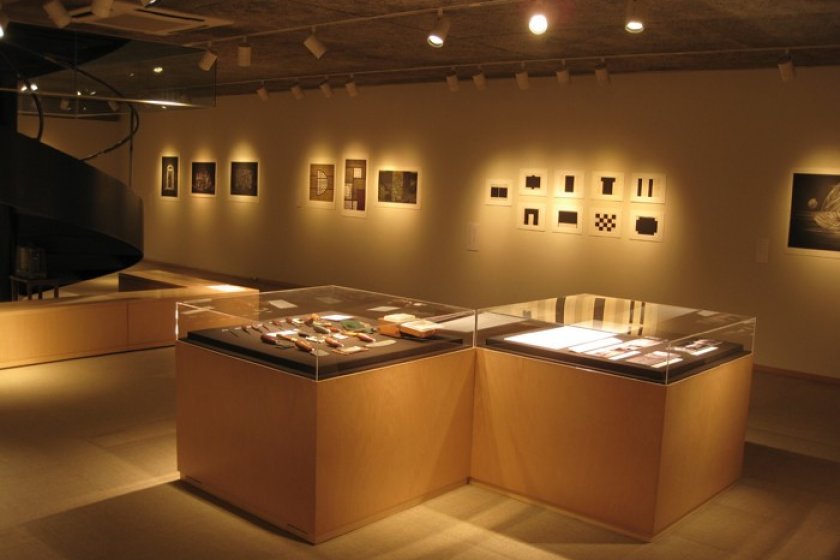 Prints and tools on display in the lower floor

What do you think is the most fiddly, time-consuming art form on the planet? I'd say there's a good case to be made for mezzotints, a kind of prints made from copper plates which are roughened, burnished and etched.

You can see plenty of examples at the Musee Hamaguchi Yozo, immediately in front of exit 3 of Suitengu-mae station on the Hanzomon subway line. Smallish but well worth seeking out, it has a collection of mezzotint prints by (you guessed) Hamaguchi Yozo, a renowned Japanese printmaker who spent much of his life in Paris, and also holds regular special exhibitions.

After paying your modest ¥600 fee, the first thing you should do is watch the informative short film about how mezzotints are made. The explanation is only in Japanese, but it still makes clear quite what a painstaking process it is, and the amount of care necessary - one slip in the design and you have to start again!

Also on the first floor, there's a display of Hamaguchi's tools, a press which I imagine was also his, and a number of his works displayed around the walls. The room is softly lit and air-conditioned to preserve the prints, creating a relaxing, hushed atmosphere that suits the nature of the works. They're simple and understated, but with a gentle allure that drew me in, and it's worth looking at them closely to see the detail in the designs.

A spiral staircase leads down to the lower floor, where the special exhibitions are held. When I visited, I was lucky enough to get to see a traveling exhibition on the Tokyo leg of a world tour, with prints by twelve artists from countries as diverse as China, Latvia and the USA. There were abstracts, Escher-like geometric patterns, and images of Greek ruins and puppets, a tractor and a steam drill. Some of them were nearly a meter wide, but still included extraordinary amounts of detail in the images and the shading; my mind fairly boggled at the amount of time and care they must have taken.

As well as the exhibitions, the museum holds regular events such as talks, workshops and printmaking lessons, sometimes with guest speakers or tying in with the special exhibitions. There's also a small stand selling books, postcards and other items of stationery, which you can then admire over a drink or cake at Musee Cafe H. 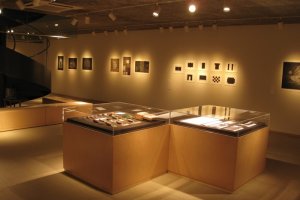 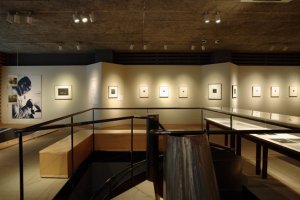 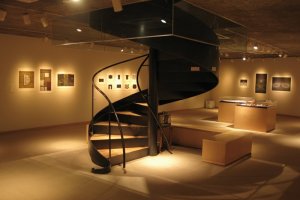 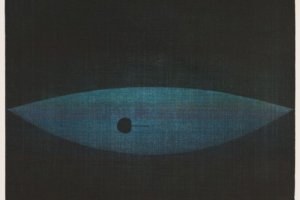 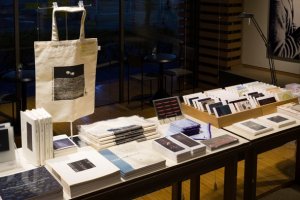 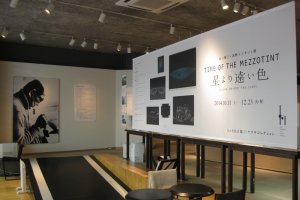