If you need to get fit but can't afford a gym subscription, don't worry, we have the solution for you: Azabu-juban Station.

Located in Minato-ku, under the residential district of the same name, Azabu-juban is a large Tokyo Metro and Toei-Oedo subway station that will make your abs show up faster than pizza delivery. The station consists of six basement floors connected by an immense network of escalators and tunnels that need to be covered when heading from the Namboku Line to the Toei-Oedo Line, or vice versa.

The Tokyo Metro system is located in the first basement floor where you will find the ticket gates, the ticket and adjustment machines, an elevator and a Lost and Found office whose staff members are willing to help with anything you may need.

Going down two levels you will find two tracks, numbered one and two; one for trains going to Nagatacho and Urawa-Misono, and two for trains going to Meguro and Hiyoshi. These tracks are equipped with security platform barriers that will open simultaneously with the train doors. Something which, at time of writing, can only be found in certain stations with over 100,000 users per day.

When a train takes too long to arrive, it might be a good idea to get a drink or some ice cream from one of the four different vending machines that are located along the train tracks.

To get to the Toei Line, a 310 meter distance must be covered. After going down two more levels, the door gates will show up. Keep in mind that Toei-Oedo and Namboku belong to two different subway companies, which means that a new ticket must be purchased when transferring from one line to the other.

But not everything is walking and waiting in the Azabu-juban station; the Toei Line counts with numerous facilities along its corridors. Free fashion magazine stalls, male and female toilets, lockers, vending machines, free newspapers and a kiosk are just some of the various things you will encounter in your Homeric journey through the lengthy corridors of Azabu-juban Station. 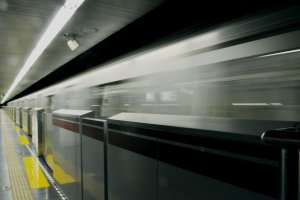 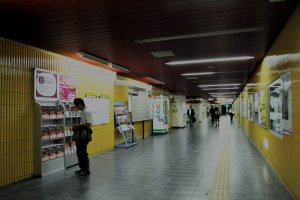 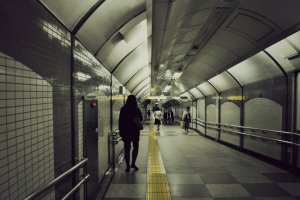 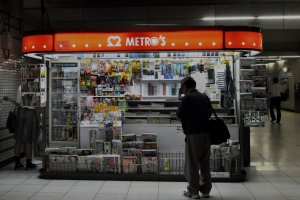 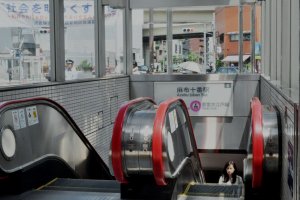 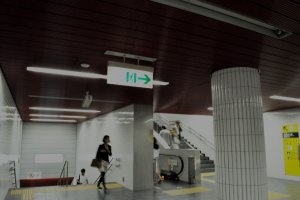 Olga 5 years ago
I often use it and have to confirm that Azabu-Juban station very convenient.
Reply Show all 0 replies
1 comment in total