If you are in Tokyo during June, don't miss out on the stunning Exhibition of Japanese Suiseki Masterpieces. The free display is on every year in June and it is located in the corner of the main shrine area next to the votive tablets at Meiji Shrine. Why not take a break in the shade and contemplate the refined beauty of this display?

Suiseki is the appreciation of uniquely shaped stones. Suiseki are displayed on a wooden base called a daiza. The stone is then placed on a tray or a ceramic bowl called suiban or a bronze bowl called doban. The stones are usually chosen because they resemble mountains, waterfalls or animals. Approximately 100 stones are displayed from those entered for consideration at the exhibition.

A bon is a tray shaped pot and sai translates as planting, so bonsai is planting in a tray. The Japanese tradition of bonsai dates back over a thousand years and still remains a popular hobby. Good bonsai should represent the features of the full size version of the tree, have small leaves, a tapered trunk and balanced branches.

Bonsai plants are often displayed with suiseki and it is believed that the best combinations are created when using suiseki and bonsai that are naturally occurring companions in the wilds of nature.

The exhibition is sponsored by the Nippon Suiseki Association which was established in 1961. The president of the association is always a head priest selected from Meiji Shrine. If you miss out on this display during June, there is another exhibition in October in Ueno which is run by The Japan Satsuki Association.

June is also the best time to view the Irises at the Meiji Jingu Inner Garden. The garden has a 500 yen entry fee but it is well worth it to stroll around the gorgeous flowers in bloom. See if you can spot the turtle amongst the koi in the south pond while you are there too! 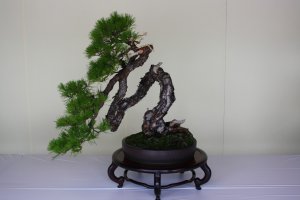 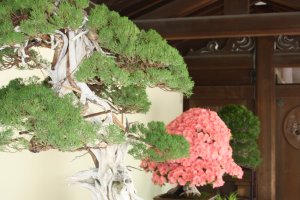 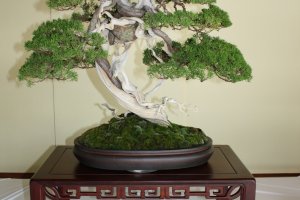 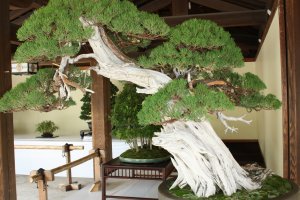 Elena Lisina 4 years ago
Amazing art! Thanks for sharing!
Reply Show all 0 replies

Preethu 5 years ago
Thanks for your information...
Reply Show all 0 replies
2 comments in total