Disney prepares for a Magical and Marvel-ous Christmas

A few weeks to Christmas and suggestions of where to see the best Christmas decorations and illuminations were buzzing on the internet. Tokyo Disneyland seemed to be one of the top locations for this, with whole shows revolving around the Christmas theme. So one can only (exuberantly) cheer when hearing that Disney had decided to bring part of that magic closer to central Tokyo, namely the Marunouchi district around Tokyo station.

Not only did Disney work with Marunouchi in 2014 to bring to life wonderful scenes, stories and icons to create a festive atmosphere, Yokohama Landmark Tower and MARK IS minatomirai were also participating locations in ‘Bright Christmas 2014’, which started on 13 November and ended on 25 December.

It can be a bit cumbersome for outsiders to distinguish between the buildings in the area as all seem to bear the name Marunouchi. I just picked up a free copy of the guide specifically published for ‘Bright Christmas 2014’ and you can map your own way through the area ticking of stuff as you go.

I started with the Marunouchi Oazo building, where the lobby housed a Christmas tree decorated in Mickey Mouse-and-Friends style, then headed over to the third floor of the opposite Shin Marunouchi building, where a romantic scene based on the Disney movie ‘Tangled’ was captivated. I passed through the B1 floor, where the Gyoko Underground Gallery exhibited life-sized Iron Man and Star Wars figures, and art pieces inspired by these cartoon and movie collections.

I headed on over to the Marunouchi building where a winter scene from ‘Frozen’ was depicted in the lobby, and I stopped by for a coffee at the Ease Cafe next to the exhibit, which for the ‘Bright Christmas 2014’ event specifically organized a Marvel-inspired theme. Yes, Thor, Iron Man and Captain America beckoned you from wall-sized posters to come in and have a look. How odd the type of visitors might have been in this comic figure setting - businessmen in dark suits - it didn't take the pleasure away of feeling a bit outer galactic. Walls were hung with costumes and ‘weapons’, theme books were spread out to browse through, the tables introduced a few of the heroes, while man-sized figures stared down on me. Even the menu was comic-inspired, such as the green drink ‘Hulk’ that added a fun detail to the whole setting.

On my way to the next location, the Alice-in-Wonderland-inspired Christmas tree in the small park next to Marunouchi brick Square, I passed many other searching Disney fans, and I cannot help but I felt like a kid on a scavenger hunt! Having lunch here would have been a nice option too, as there are many cozy restaurants with outdoor seating.

I finally ended up finding Winnie the Pooh tucked away in the Shin-Tokyo building, albeit a little disappointed he was exhibited in bright light with no other Christmas decorations around. Time quickly passed on such stroll and I felt a bit regretful I couldn't make it to the other two locations where Disney was showcasing, as it had been quite a lovely experience to be able to dive back into my memories of Disney books, Marvel and (a few) Star Wars movies.

The Marunouchi district is always a highlight during that time of the year. There might be no Disney theme next year, but Christmas illuminations will be there for sure and I strongly suggest one visits during the late afternoon, when lights are put on. 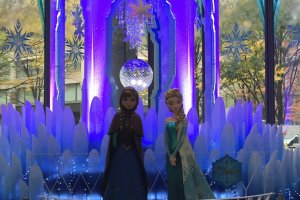 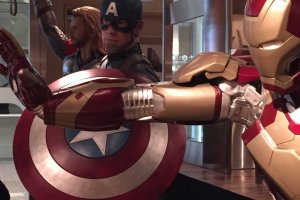 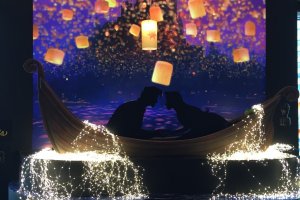 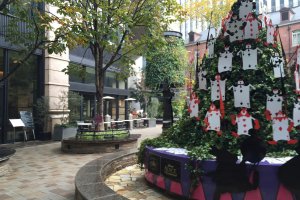 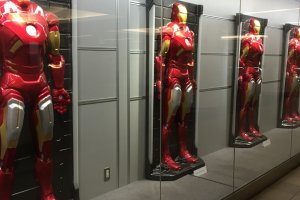 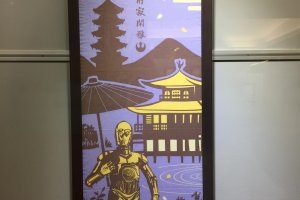