Bring on the tacos, sangria and general cheer! 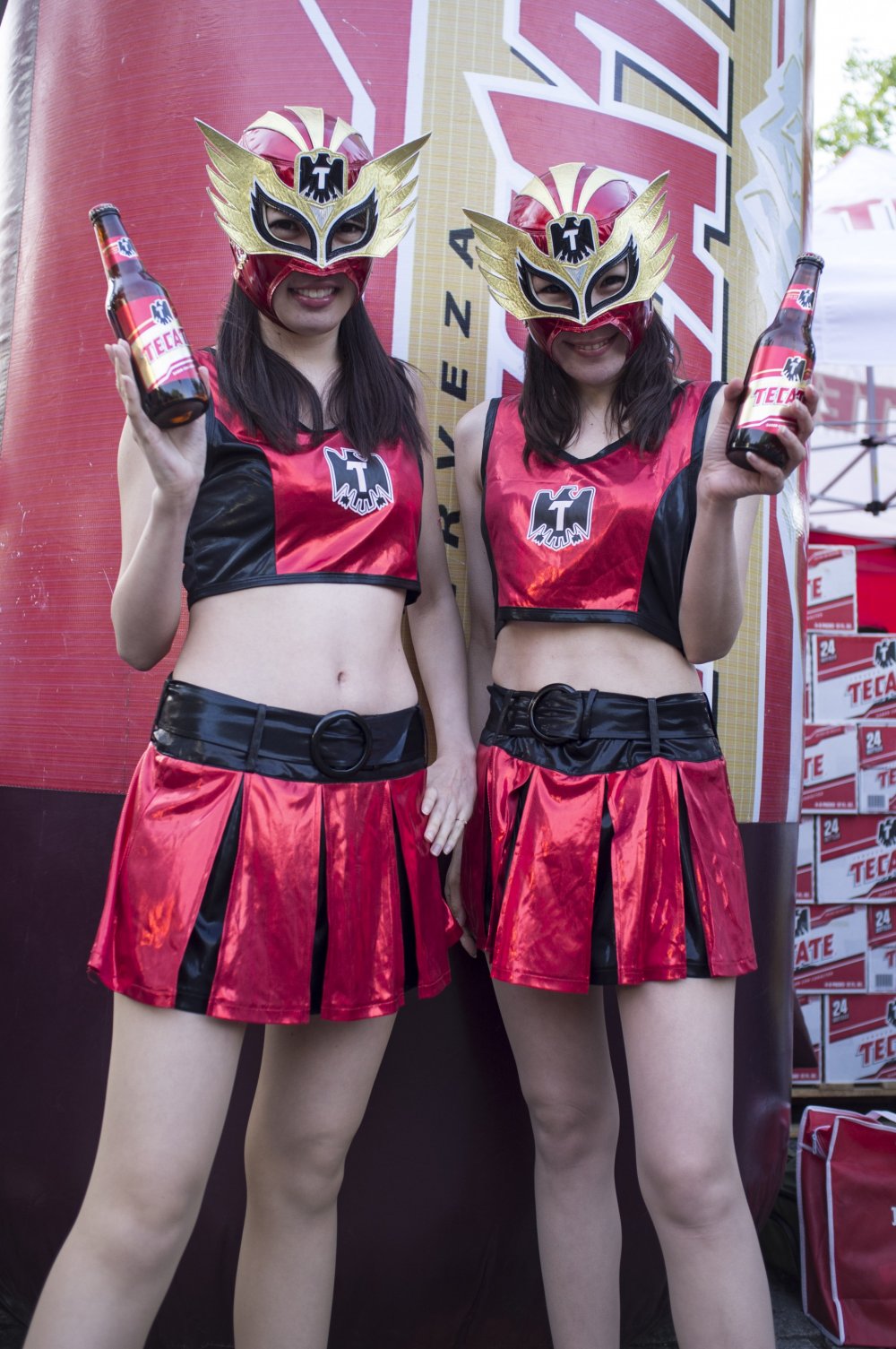 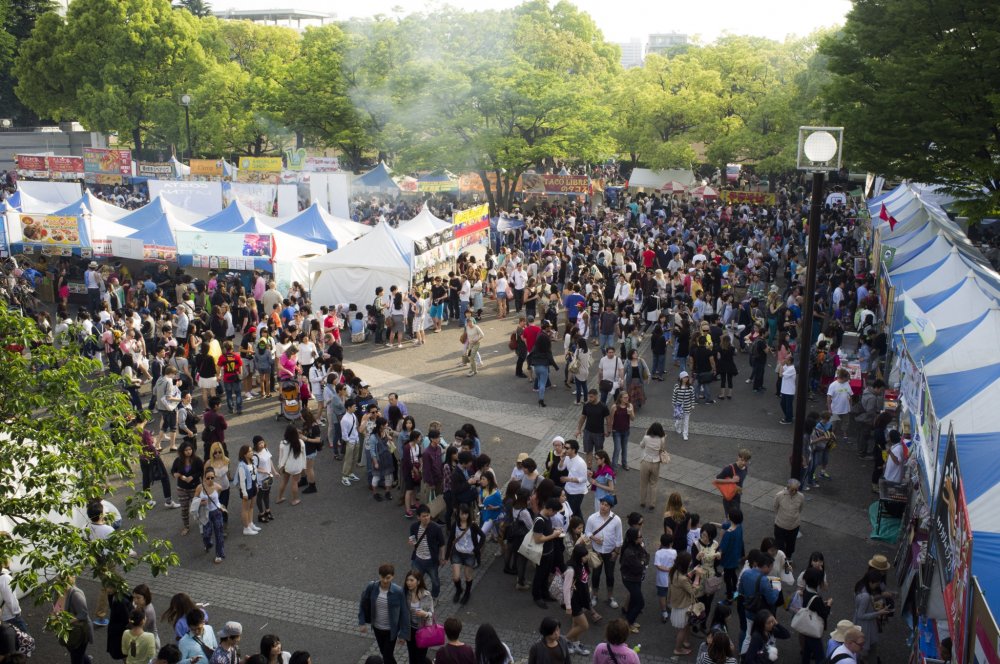 Massive crowd at the festival. 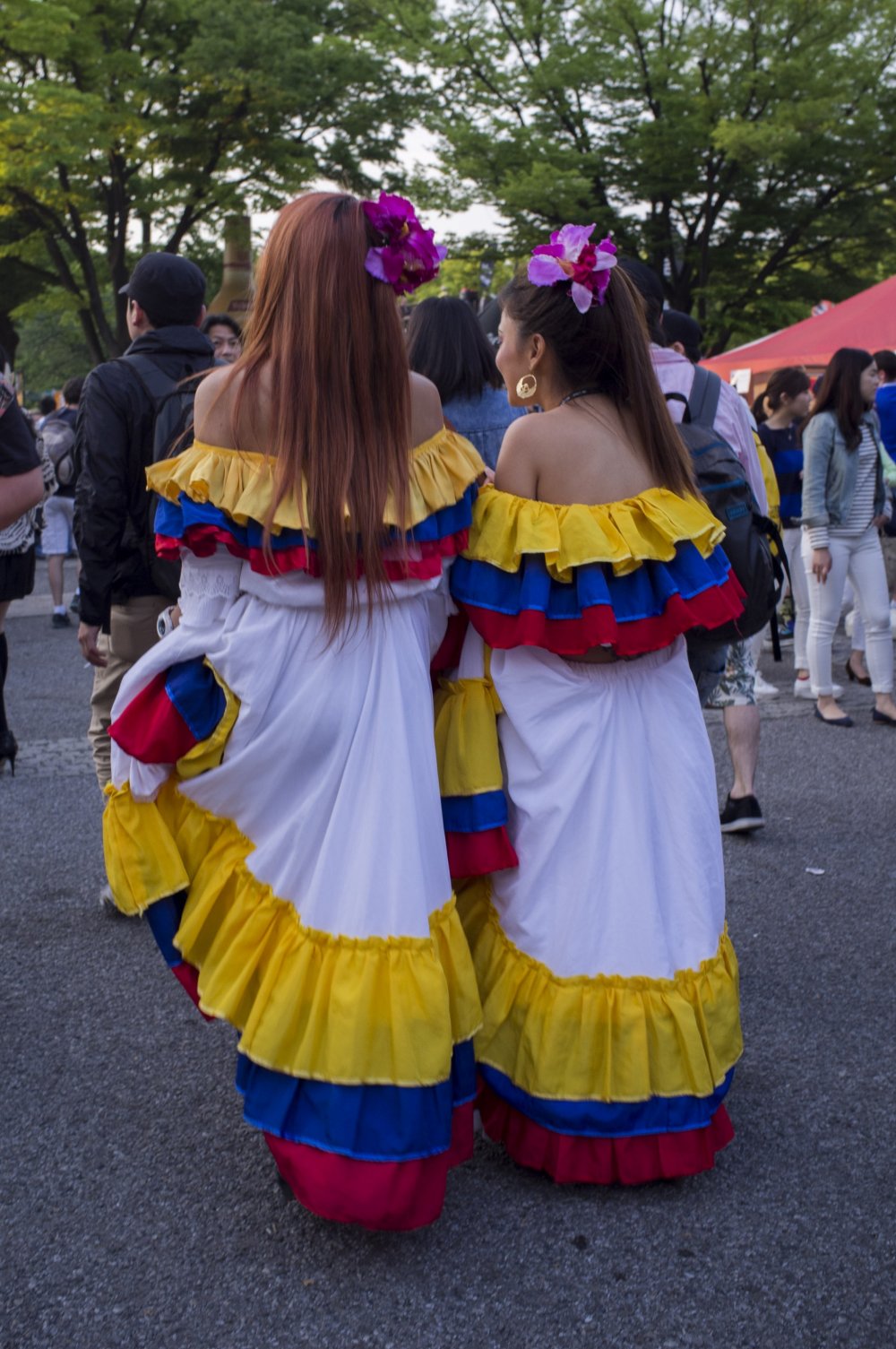 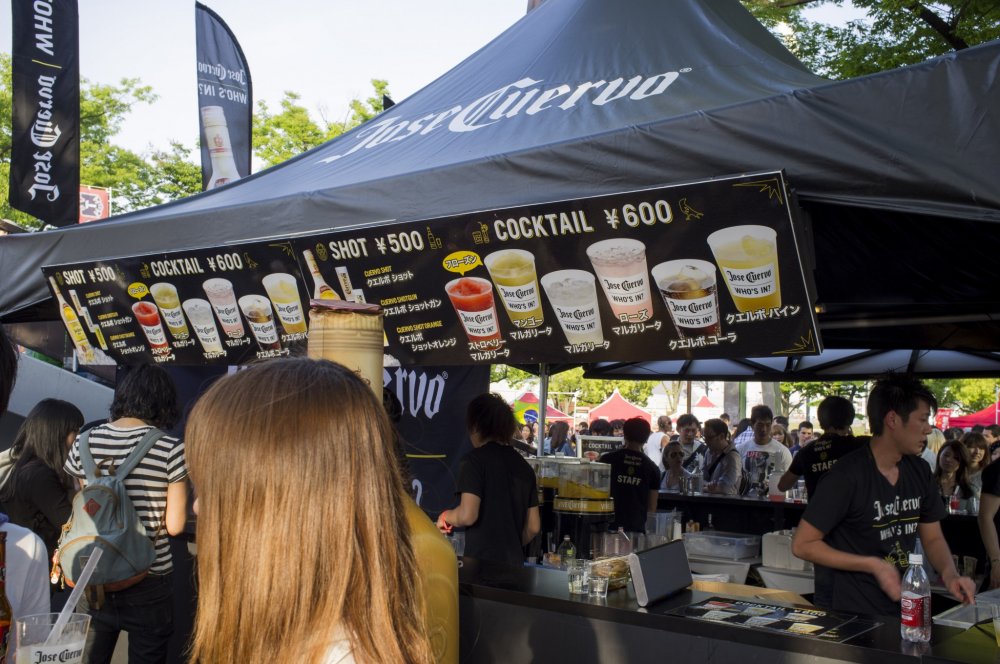 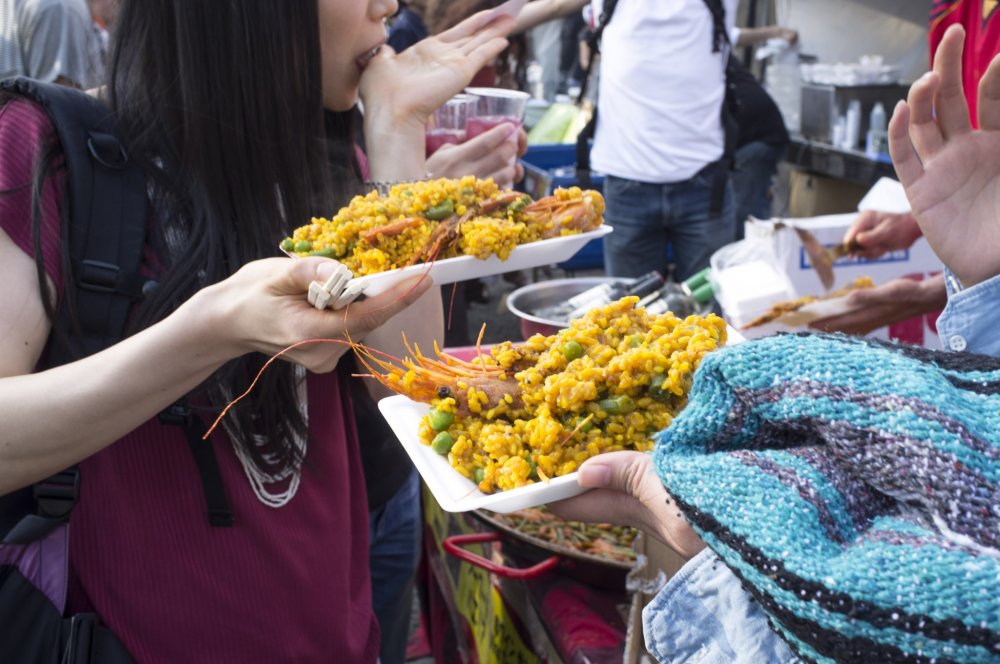 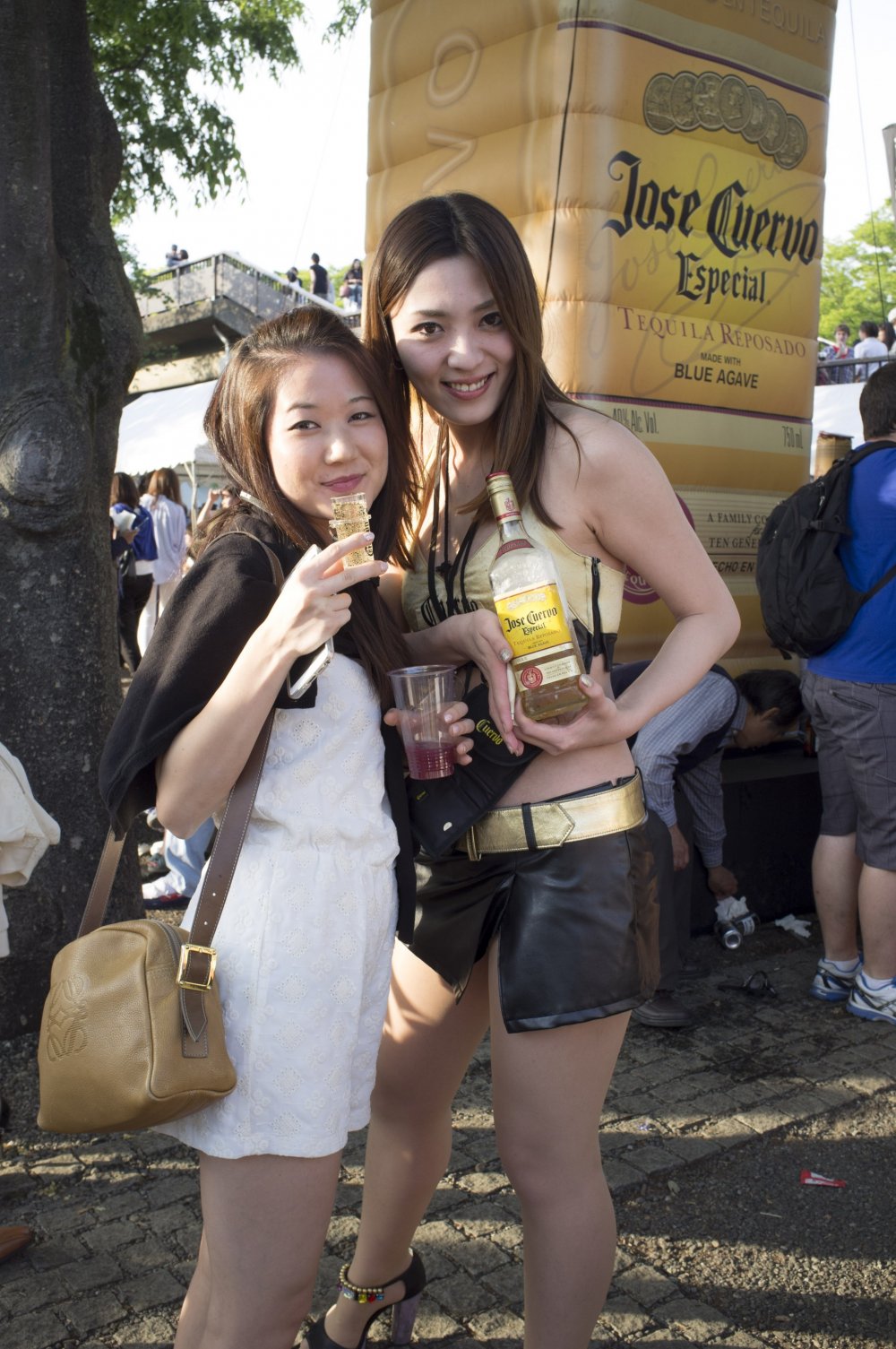 Festival punter striking a pose with a Jose Cuervo promoter. 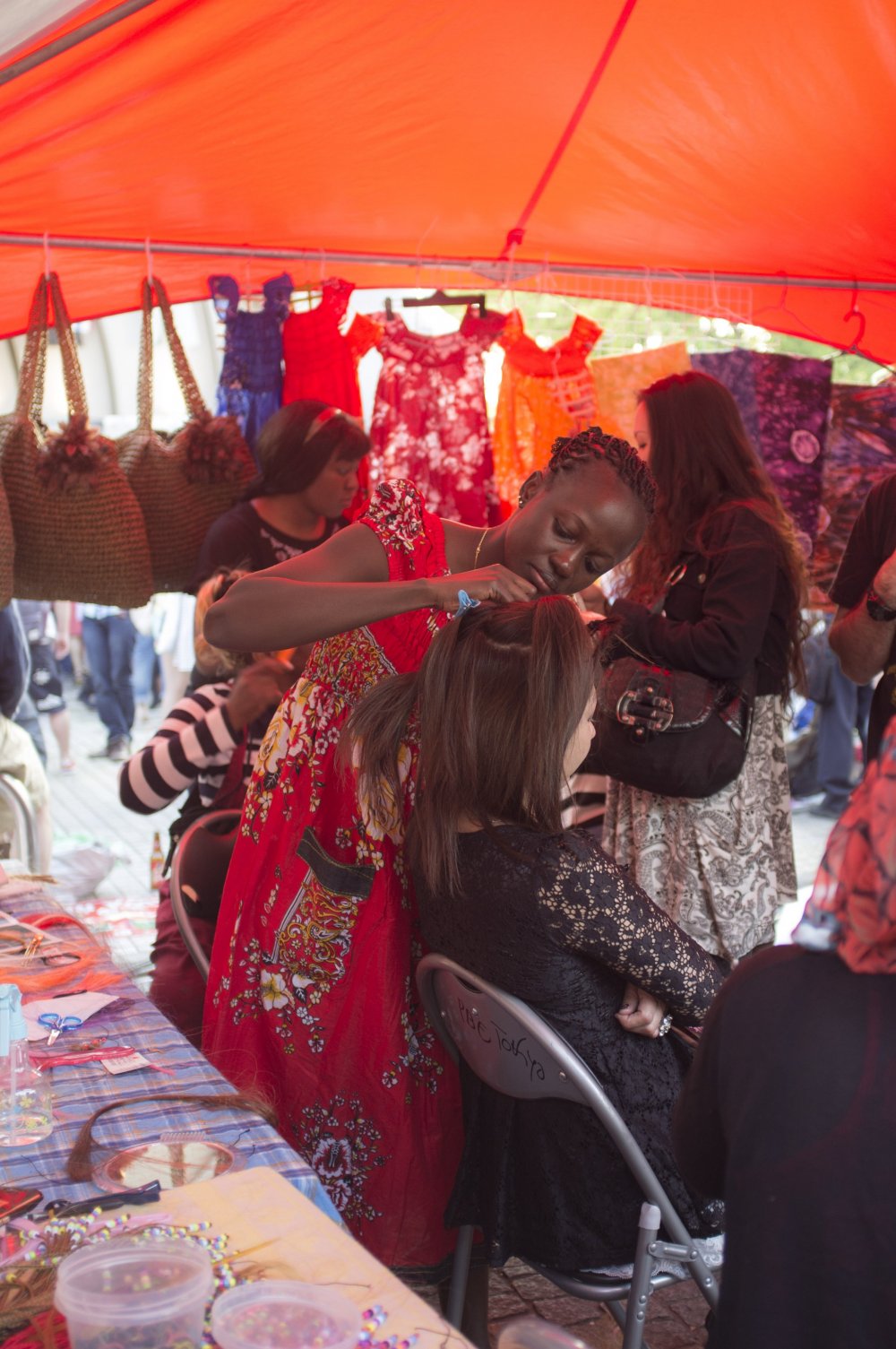 Customer getting cornrows done for her hair. 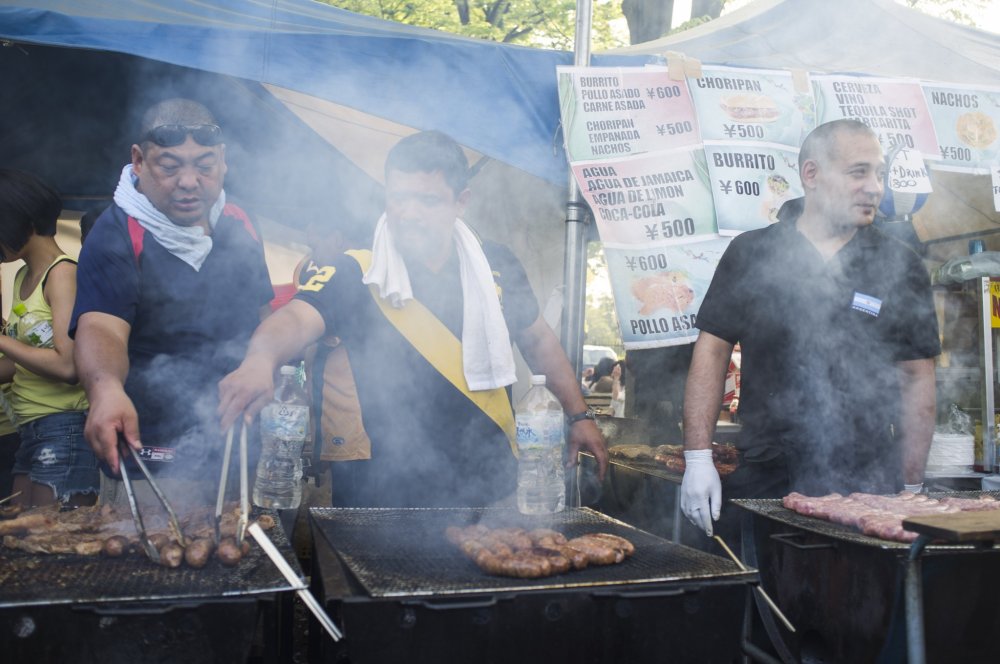 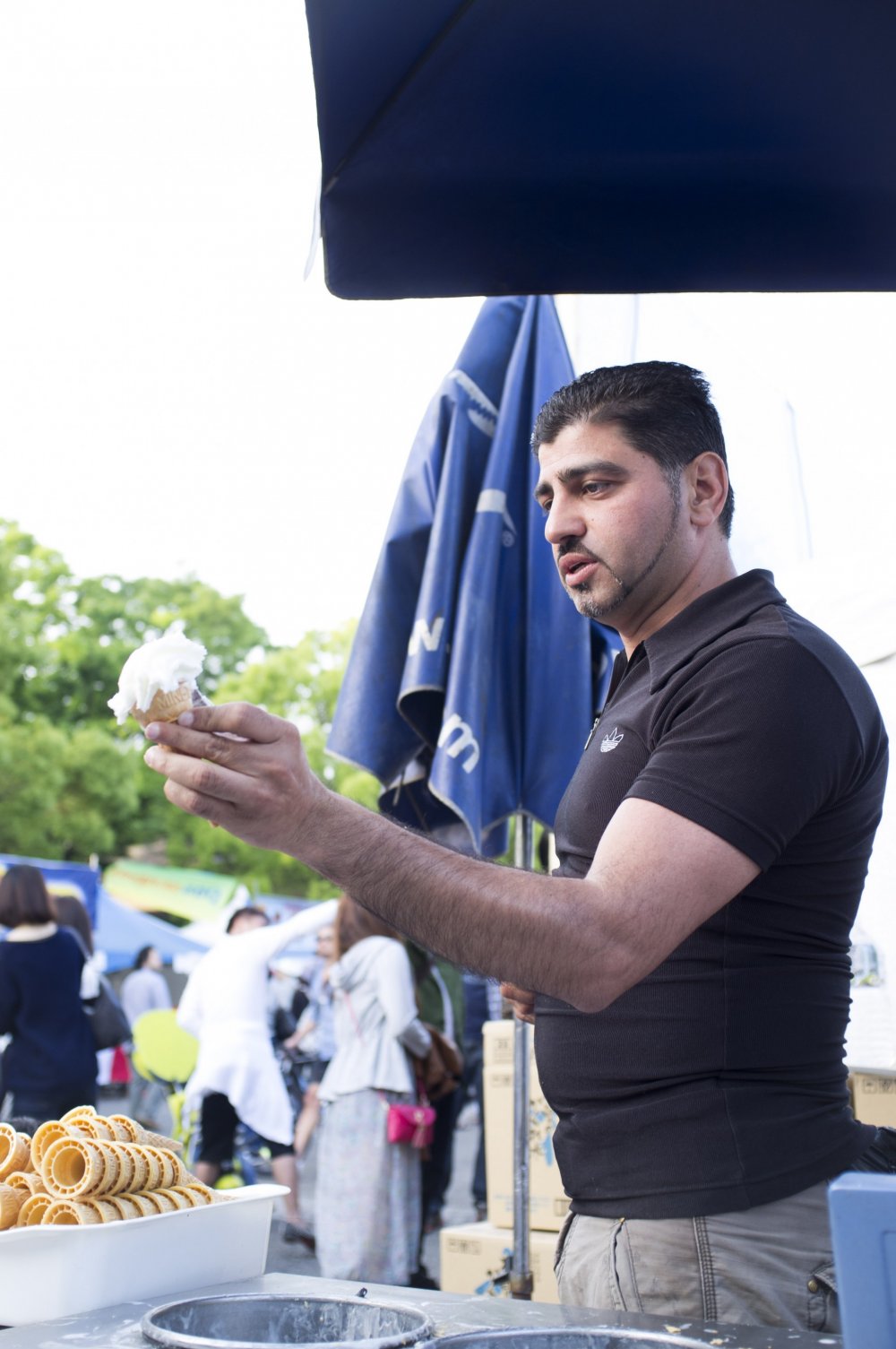 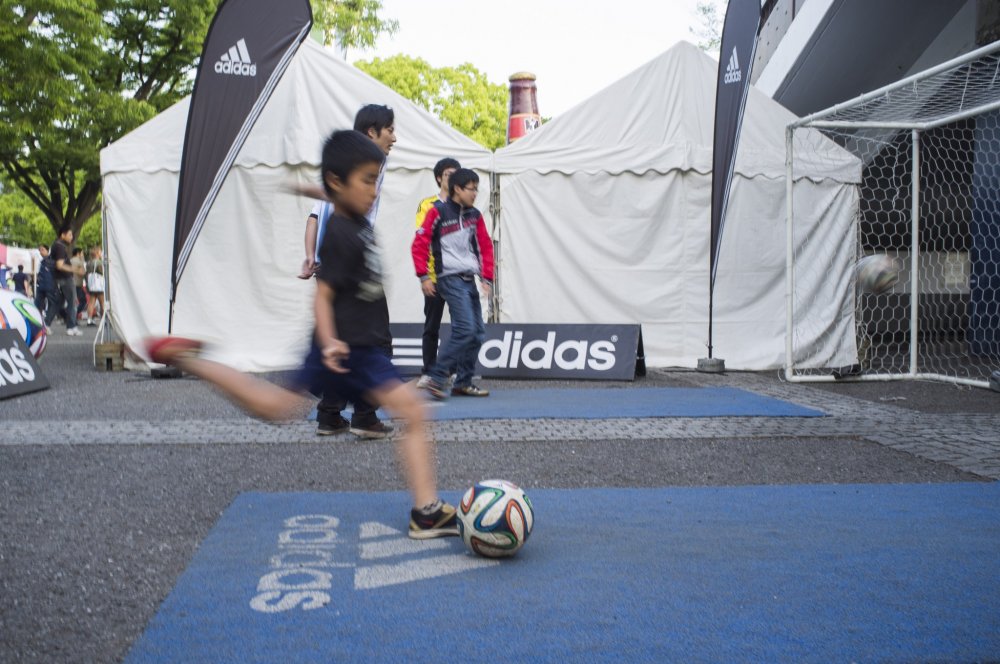 A young boy trying to knock pins with his football skills. 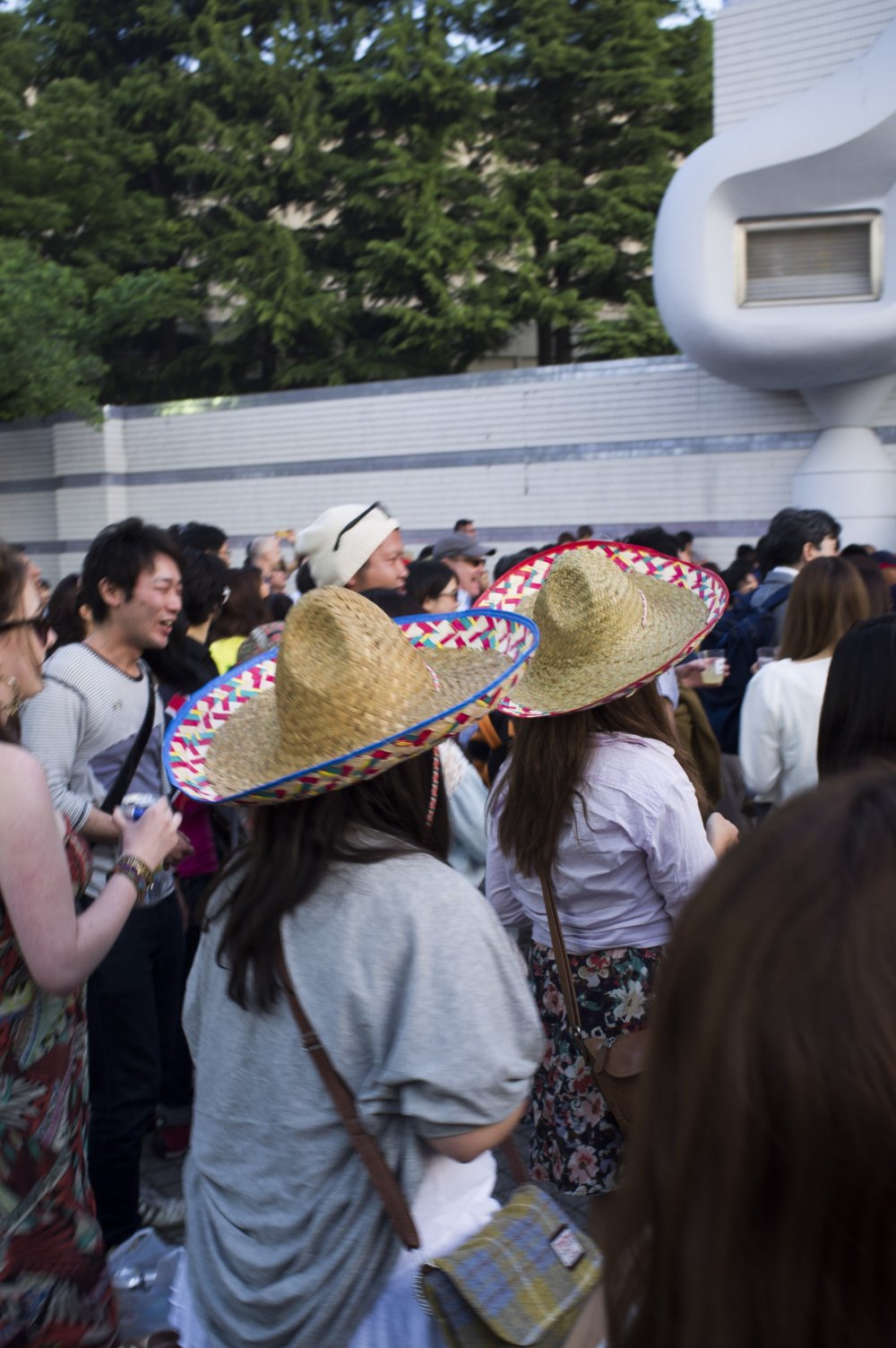 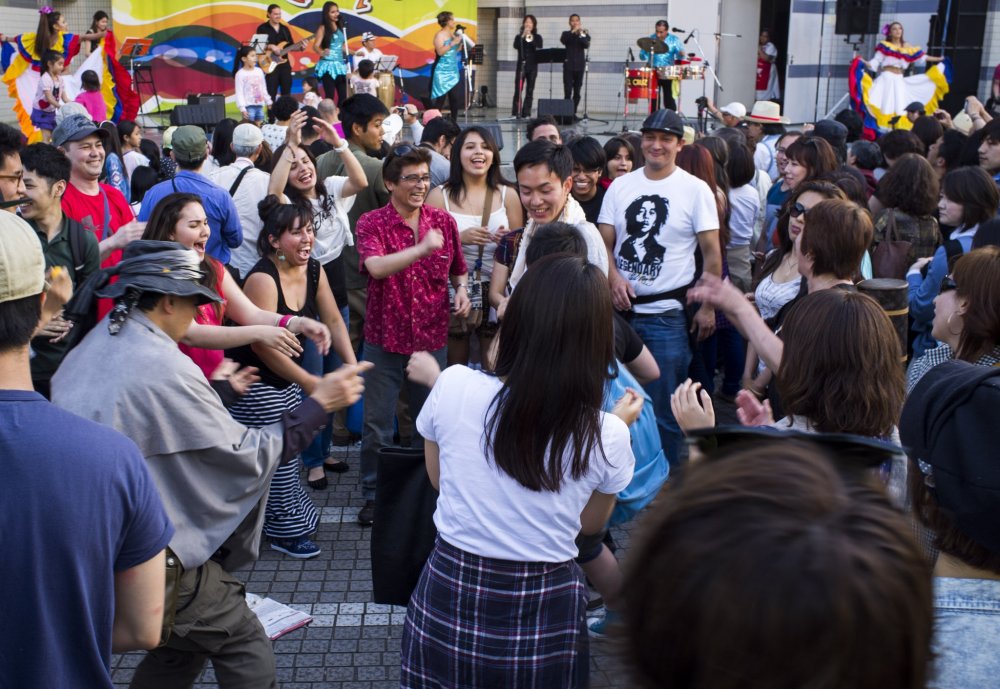 Festival punters getting their disco on. 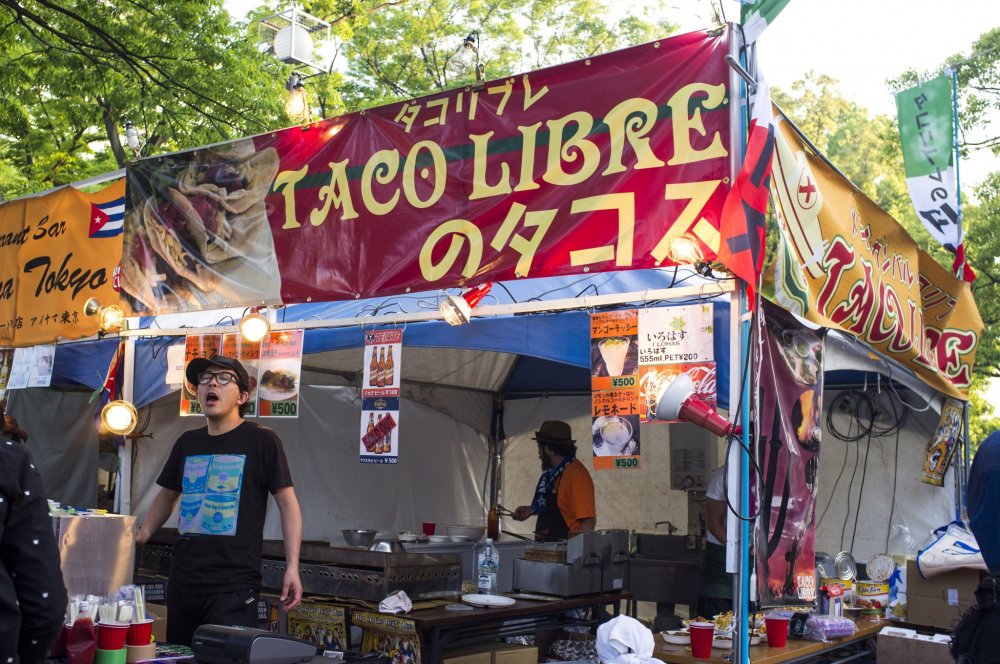 One of many taco booths. 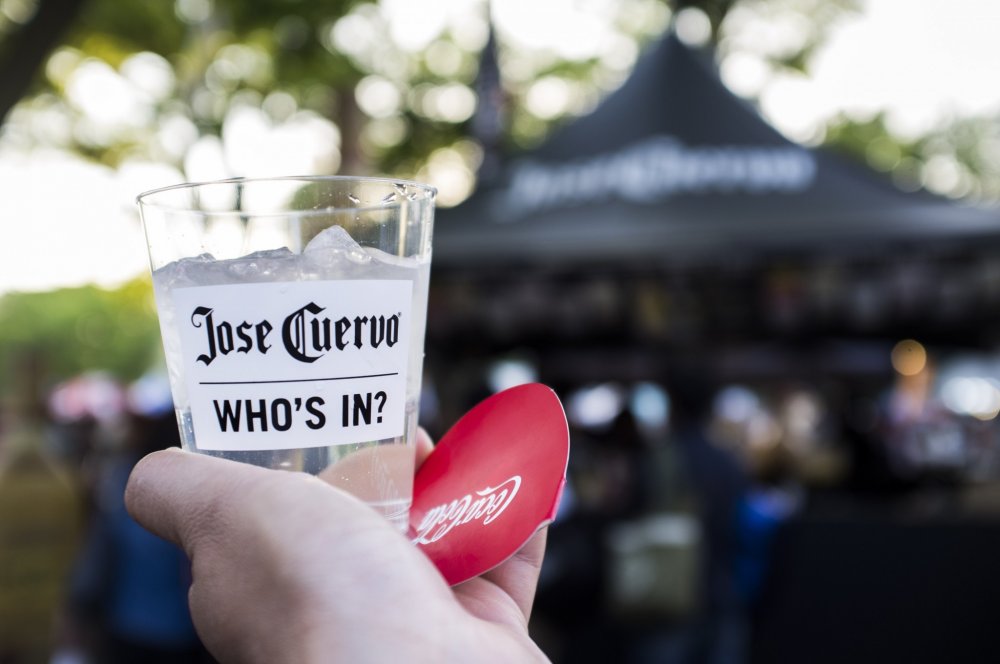 An ice cold margarita for a hot sunny day! 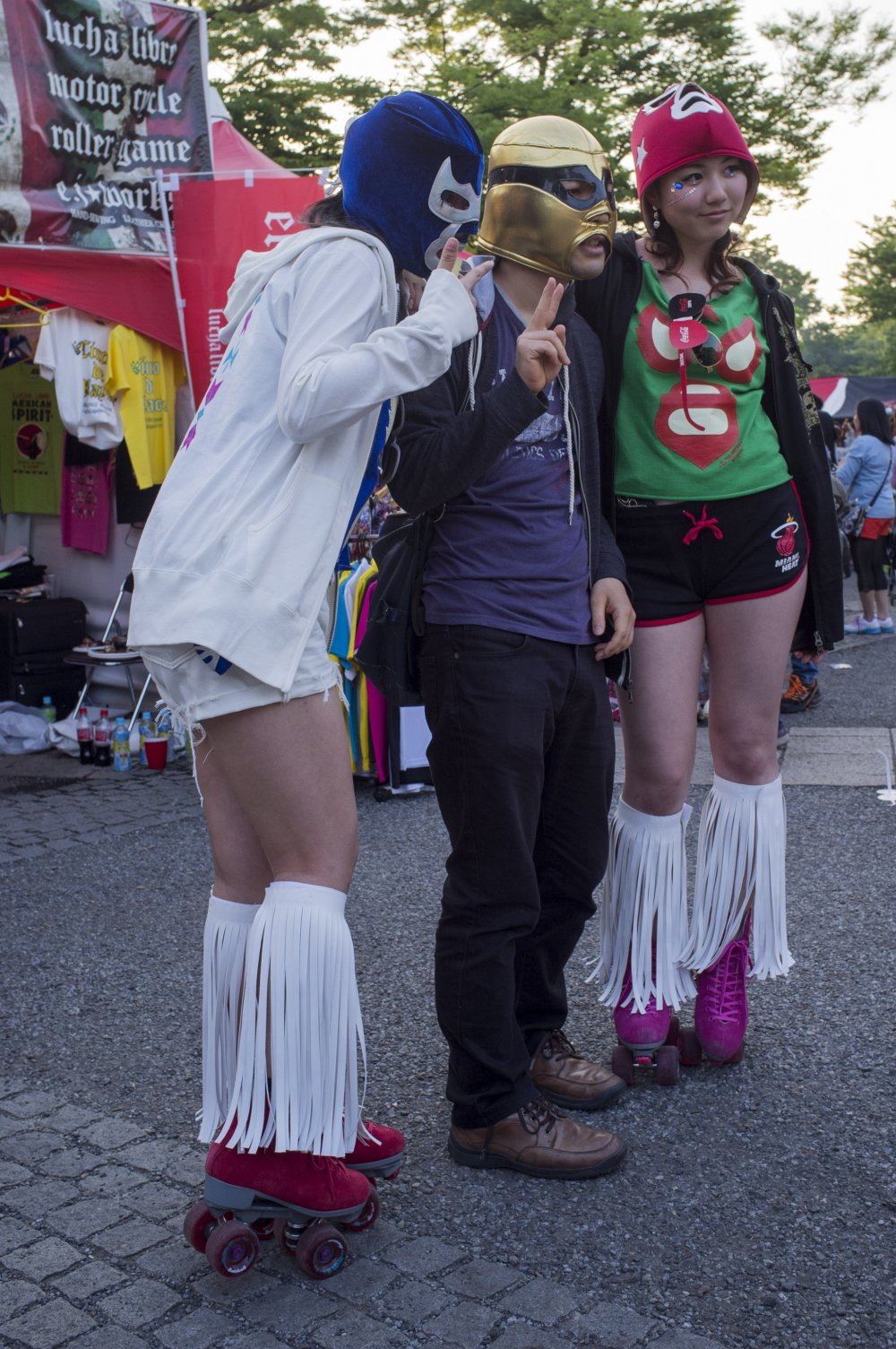 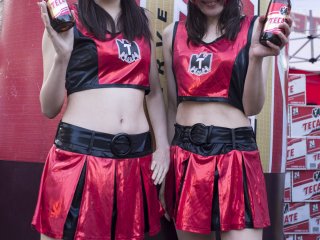 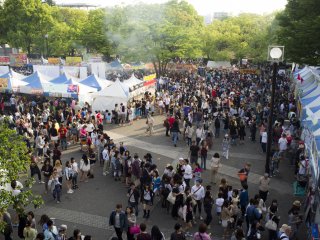 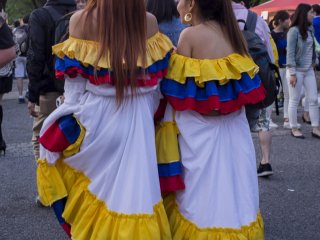 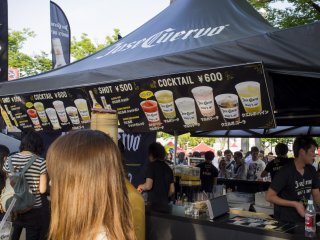 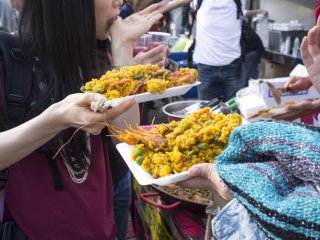 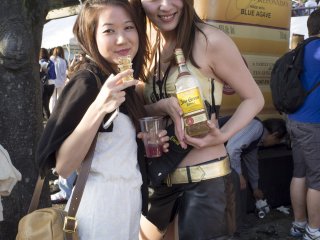 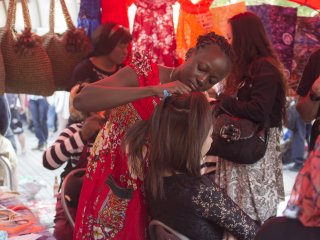 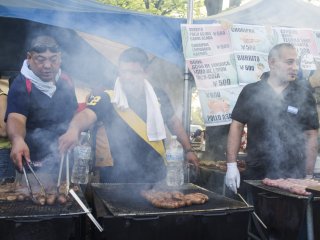 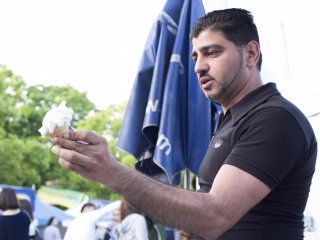 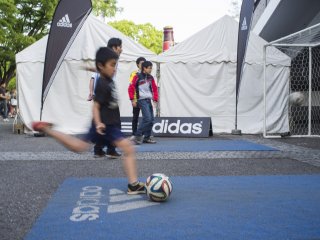 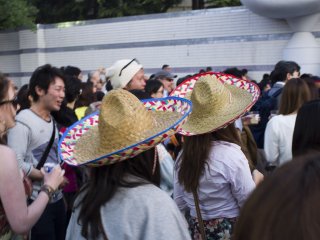 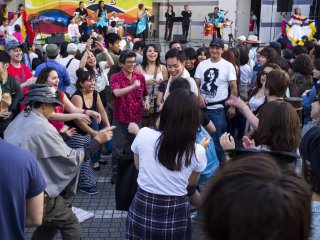 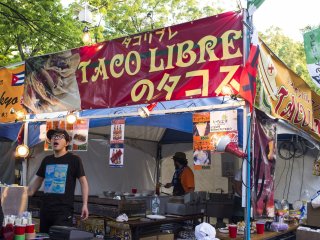 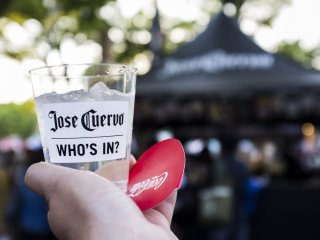 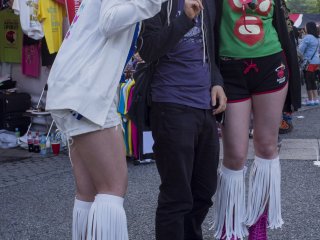 Cinco de Mayo means 'the fifth of May' in Spanish. The holiday itself is primarily celebrated in Mexico and the United States. Just like the US twisted the meaning of St. Patrick's Day into a a day of green beer and random celebration, so was Cinco de Mayo.

2014 marks the second year Japan has been creating their own Cinco de Mayo Festival. The Tokyo leg was held on May 3rd - 4th May then the event moved to Osaka for the 5th and 6th. Held at Yoyogi Park Event Space for the Tokyo leg, the festival drew heaps of people over both days. A myriad of food stands dished out a variety of scrumptious Mexican, Spanish and South American delicacies amongst others, and drink booths handing out sangrias, ice-blended margaritas and beers for festival punters wanting to get a good dose of alcohol in their system. People were either chatting heartily over their meal, or dancing to the show at the main stage. A variety of performances from dance groups, musicians and even a fitness program lent to the fun that was shared by many that sunny afternoon.