Daruma Kuyo is a traditional event that has been held at the Nishiarai Daishi Temple since 1954. It is held during Setsubun, on the day before the official start of Spring.

At the Daruma Kuyo event, people come with their Daruma dolls to dispose of them properly and buy new ones for the coming year. During the event, thousands of Daruma dolls are burnt together in a ceremony set to the sounds of sutra read by Buddhist monks.

The Daruma doll is often used as a good luck symbol and used to pray for good health and business. They are unmistakable in appearance, with a round, red body complete with large white eyes and stern facial expression. When you make a wish you paint the left pupil , only filling in the right pupil once the wish has been realised.

The event is a spectacle to watch, with an entrance of conch-shell horn-blowing Buddhist monks all dressed in traditional garments, before they proceed to the main ceremony. 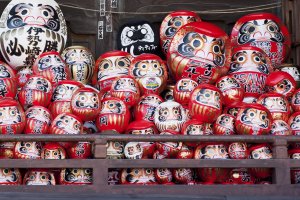 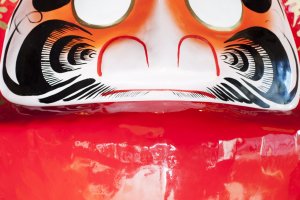 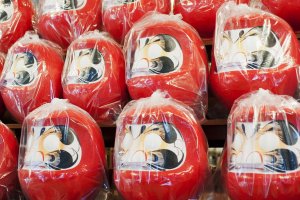 Kim 3 years ago
I love setting goals with daruma dolls! Always nice to be able to fill the other eye in once the goal is realized!
Reply Show all 2 replies

Elena Lisina 3 years ago
Me too! But I keep them instead of burning! :)
Reply

Elizabeth S 3 years ago
I admit I keep some omamori and daruma instead of taking them back to temple or shrine to say thanks.

I guess you could take photos of them for posterity, and let them go. And then start a new plan with a new daruma.
Reply
3 comments in total