Authentic beer and pizza made in heaven and served in hell

DevilCraft is a craft beer and Chicago-style pizza joint which makes some of the best pizza this side of the world, and they pair it with an amazing range of craft beers made at their own brewery or around the world.

The original DevilCraft was opened in Kanda in 2011 by three beer enthusiasts from the USA who were disappointed at the lack of good food at bars and pubs in Tokyo. They took the classic beer-and-pizza model from America and turned it up a notch by going the deep-dish route, which was virtually unknown in Japan at the time.

This turned out to be extremely popular and they opened the Hamamatsucho branch in July 2013. Today there are four locations across Tokyo including the additions in Gotanda and the newest in the trendy Jiyugaoka area, featuring a covered outdoor dining area. Along the way in 2015 they opened a small production brewery also in Tokyo, supplying award-winning local beer direct to the pub locations.

DevilCraft locations are generally very conveniently located within one or two minutes from the nearest stations. well designed with bar-style high seats and long rows of tables perfect for groups. Reservations are handled from the English website in advance which is highly recommended. Usually, bilingual staff are available, and the menu is printed in both Japanese and English. On busy weekend nights, it will likely reach capacity quickly so it may be good to reserve a few days in advance.

The extreme popularity of DevilCraft is due to the abundance of aroma, color, and flavors in the pizzas and beer. They serve both classic and Chicago style, but it was the Chicago style pulls you in. These deep-dish delicacies are served with a thick and delicious crust that almost acts as a bowl for the massive amount of cheese, sauce, meat, and vegetables piled within. They can take up to an hour to cook during busy times, but they are always worth the wait. With reservations, it is possible to order your pizza for a specific time to avoid the long wait times.

DevilCraft only serves craft beers – about half of them on the menu made at their own brewery – with intense flavors and names like Fallen Angel, Affable Evil and Devil's Death Match. This makes for a very welcome change from the standard draft beers found elsewhere in Japan. These excellent beers were all chosen to go perfectly with the pizza that made DevilCraft famous. You can also typically find a few ciders and whiskey selections on the menu which varies by both season and store location.

As well as beer and pizza, the menu includes snacks, salads, appetizers, dessert, wine, and soft drinks, so even if you’re not a pizza fan (gasp!) there’ll be something for you here. 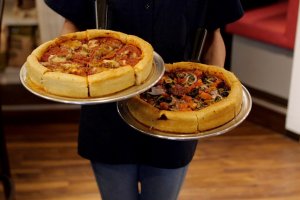 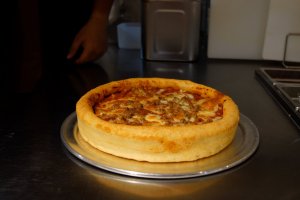 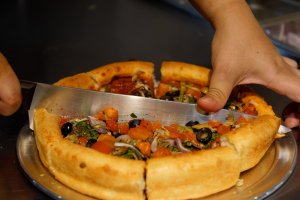 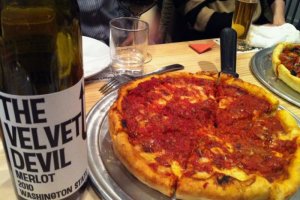 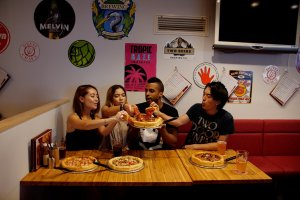 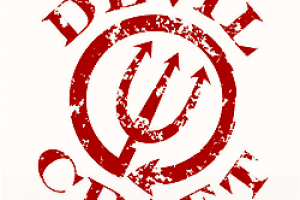 Kim B 11 months ago
Can confirm this place is 100% delicious!
Reply Show all 0 replies
1 comment in total