Your gateway to Haneda & Tokyo Tower

The East Japan Rail (JR East) Hamamatsucho Station, opened in 1909, is located in the bustling Minato Ward of Tokyo. Servicing the Keihin-Tohoku and Yamanote lines, with connections to the Tokyo Monorail and TOEI lines, you’re bound to find yourself at Hamamatsucho at some point. The station is also centrally located to attractions such as the Japan World Trade Center building, Zojo-ji Temple, Tokyo Tower, and Kyu Shiba Rikyu Gardens.

JR Hamamatsucho services arguably the most important line on the JR East network, the Yamanote line on Platforms 2 & 3. The Yamanote line is a circular line which connects Tokyo’s major city centers with a round trip of approximately 1 hr. The Yamanote line is extremely efficient, with trains departing about every two to four minutes in both directions connecting you to hotspots such as Tokyo, Ueno, Shinagawa, Shibuya, Shinjuku and Ikeburkuro. The Keihin-Tohoku line, operating from platforms 1 & 4 connect you north to Tokyo, Ueno and Omiya, and southbound for Shinagawa, Yokohama and Ofuna. To the west, the station has connections to the Tokyo Monorail which is located on a separate elevated terminal, with services to Haneda International Airport. A short walk from the north exit you can also find Daimon Station servicing the TOEI Asakusa & Oedo lines.

The JR Hamamatsucho station is a little daunting at first with numerous levels and exits however like all JR stations, clear signage guides you in the right direction and information boards with detailed maps are not hard to find. The station itself is partially under and connected to the World Trade Center building, where at the Annes 1F level, you can find the Hato Bus office and terminal which is a departure point for many bus tour companies in Tokyo. The station has a large number of coin-operated lockers, a JR reservation office, toilets, and a range of Cafes, quick eateries and kiosks.

As with many of the larger JR stations, Hamamatsucho is a major transit point for many daily commuters, and as such, can get quite busy during peak hours. My advice is to plan ahead if you are visiting the area during peak times to avoid any drama on the narrow platforms.

If you look hard enough, the station is also home to Japan’s own variant of the famous Brussels landmark, Manneken Pis. Manneken Pis is a small bronze fountain sculpture, dating back to 1619, which depicts a naked boy urinating into the fountains basin. I’ve been told that the Hamamatsucho variant is a source of pride for the station works who often dress him in various costumes at different times of year. 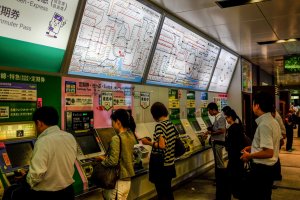 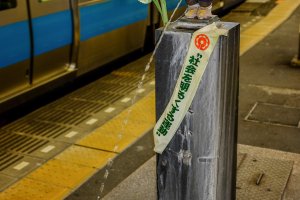 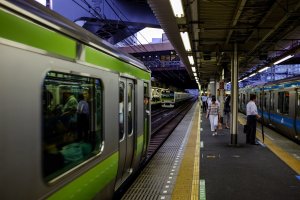 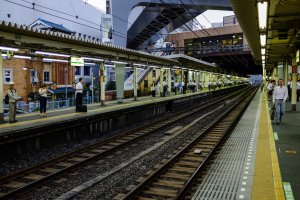 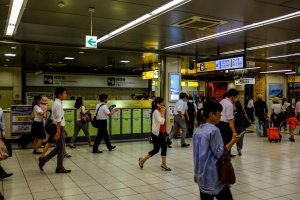 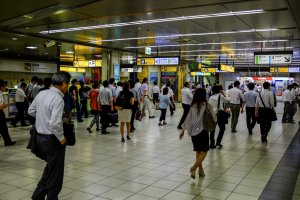