Eateries in Tokyo to Become Smoke-Free

Starting in April non-smoking diners will finally be able to enjoy eating at most eateries in Tokyo, including izakaya pub restaurants, without being affected by tobacco smoke.

Aiming for a 100% smoke-free Tokyo 2020, the national government’s Revised Health Promotion Act and Tokyo Metropolitan Ordinance to Prevent Exposure to Second-Hand Smoke comes into full effect on April 1, 2020. People will now be barred from lighting up at most restaurants and cafes in Tokyo, except in separate smoking rooms.

Enacted in 2018, with a few exceptions, the revised national law and the Tokyo ordinance prohibits all indoor smoking outside of designated places. Aimed at reducing the health risks posed by second-hand smoke, the new rules became partially effective in 2019 by banning indoor smoking at hospitals, government buildings, schools and childcare facilities.

The move comes as part of the preparations for the Tokyo 2020 Olympics and Paralympics, which are required to be a 100% smoke-free event. Organisers say smoking, including e-cigarettes, will be prohibited at all venues with no designated smoking areas to be provided.

There are differences, however, between the national law and the Tokyo ordinance. The national law exempts existing eateries with an initial capital of up to JPY50 million and customer seating areas of up to 100 square metres from the ban. Japan’s Health Ministry says that 55 percent of dining establishments in the country are not subject to the ban, meaning it only covers 45 percent of eateries nationwide. Meanwhile, the Tokyo ordinance prohibits smoking in eating establishments with one or more hired employees. The Tokyo government says about 84 percent of eateries in the capital are subject to the ban. Bars and pubs of which the main purpose is to provide a place for smoking, such as cigar bars, are not subjected to the nationwide law and the Tokyo ordinance.

Up until recently, many restaurants and cafés in Japan had divided customer-seating areas into smoking and non-smoking sections. Non-smoking sections tended be open spaced, however, with non-smoking diners rarely being able to avoid being affected by second-hand smoke. Responding to customer requests and complaints, family-restaurant chain Saizeriya banned smoking in all its venues in June of 2019. Nationwide coffee chains such as Doutor, Komeda’s Coffee, and Veloce, have recently redesigned their cafes to be either completely smoke-free or to feature a designated smoking room.

The new rules are also influencing izakaya restaurants, traditional havens for Japanese businessmen to smoke and drink after work. Major izakaya operator Watami says its basic policy is to make all of its restaurants smoke-free while installing smoking booths for smokers. The laws regarding smoking outdoors even extend to smoking on the street, with outdoor smoking on public roads outlawed by local government ordinances. 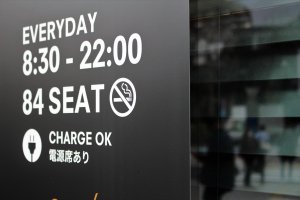 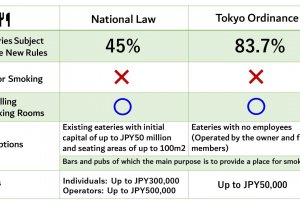 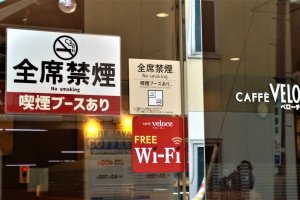 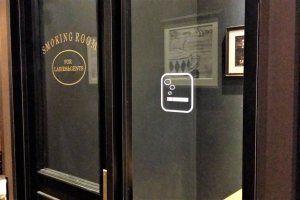 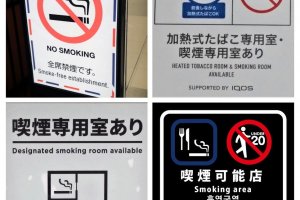 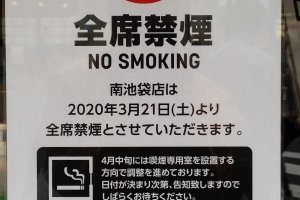 Lynda Hogan a year ago
16 years after my home country! (Ireland) The problem with the booths; the smell seeps out. It actually doesn't bother me personally that much to be honest, but it is not an ideal situation. When they open the door of the booths to get in and out you get a strong waft. At least if there were dedicated areas outside (I know in big cities it is difficult) the smell wouldn't affect non smokers as much. Regardless, it is very welcome news.
Reply Show all 1 replies

Shinobu Ishikawa Author a year ago
Thank you for your comment, Lynda-san:) You're right. So I avoid getting seated near the smoking booth. Café and restaurants operators, especially izakaya, apparently fear that they might lose customers when they make their eateries completely smoke-free with no smoking booths.
Reply

Elizabeth S a year ago
What a relief! And smokers will adjust. Lots of cities in the world don't allow smoking in dining areas and they cope.
Reply Show all 1 replies

Shinobu Ishikawa Author a year ago
You're right. Japan lags many other countries when it comes to efforts to fight smoking. But I think this is a big step forward.
Reply

Sherilyn Siy a year ago
One of my pet peeves is when my clothes smell like cigarette smoke even though I don't smoke or hang out with smokers. Happy to read this!
Reply Show all 1 replies

Shinobu Ishikawa Author a year ago
I know what you mean. This is great news for me, too!
Reply

Sleiman Azizi a year ago
Yes, news most welcome.
Reply Show all 1 replies

Shinobu Ishikawa Author a year ago
Thank you for helping me report this:)
Reply

Kim a year ago
Fantastic news!
Reply Show all 1 replies

Shinobu Ishikawa Author a year ago
Yes! Happy news for all non-smokers!
Reply
10 comments in total