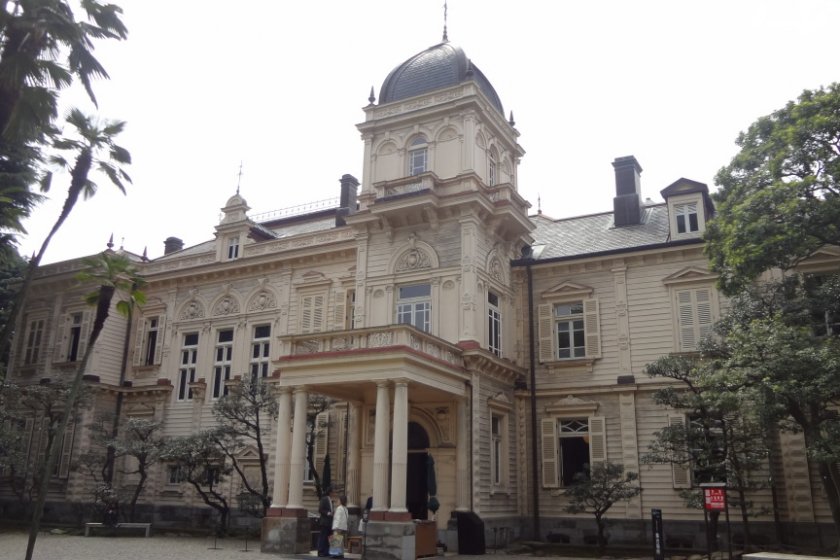 The former Iwasaki Residence is one of Conder’s fabulous designs.

British architect Josiah Conder, the father of modern Japanese architecture, was invited to Japan in 1877. He draw up huge numbers of Western plans for Meiji Japan, but unfortunately very few of his buildings still exist today. His designs were characterized by a combination of Western tradition and Japanese taste. The former Iwasaki Residence is one of Conder’s fabulous designs.

The Meiji Era officially began in October 1868. During the Meiji Restoration Japan quickly set about reforming itself to catch up with the Great Powers of the world. Many foreign experts were invited to Japan and the new government asked them for their guidance and advice. Designing and building Western structures was one of the projects that the government promoted.

The Iwasaki family once dominated the great Mitsubishi conglomerate. After WWII, Mitsubishi (as well as other conglomerates such as Mitsui, Sumitomo, and Yasuda) was (temporarily) dissolved under the control of America’s GHQ. This building and grounds was the home of Hisaya Iwasaki, the first son of the founder of Mitsubishi. At that time the premises comprised 49,400 square meters and 20 buildings; all standing in the center of Tokyo. Now only three buildings remain (a Western style home, a log cabin, and a Japanese style home), on two-thirds of the original space.

The Western building was completed in 1896. The pillars of the entrance form a deep doorway that leads the guests inside. Going through the waiting room, you are in the main hall. The dignified, subtle and elegant wooden ornaments will impress you. The second floor has a few private rooms. The guest room is decorated with gold-embossed wallpaper, “Kinkara-kawashi.” It is made from washi (traditional handmade Japanese paper). There is a framed display of the paper that we can touch freely.

The lawn garden is to the south of the Western building. A grove of trees surrounds the lawn and encircles the premises. I felt a comfortable breeze and peaceful respite in the garden. From the second floor balcony, you can also enjoy this pleasant garden.

Conder was born in Kennington district, South London in 1852. His father died when he was young and he studied architecture in London University while working at the architect office of his father’s cousin. In 1877 Conder was invited to Japan as a professor of the Imperial College of Engineering (now the Tokyo University Faculty of Engineering).

Looking at comments from his students, we can see that he was evaluated quite highly. Here are a few. “Because Prof. Conder was born and raised in the center of London, his accent was clear and the lecture was well-organized and easy to understand. We are all happy that the teacher who is a refined, young and spirited gentleman, has come to teach us.” And, “Prof. Conder deeply understands Japanese culture. In addition, he is an amiable person with no arrogant attitude which British people usually show toward us.”

In 1888 he established his own office in Tokyo and started to work energetically. He designed museums, Ministry buildings, the governmental social hall, Mitsubishi office buildings in Marunouchi, Tokyo, the German Embassy, and lots of houses for leading figures. Especially, his Marunouchi project is worthy of note. Conder was the person who created the Marunouchi office district out of an open field. His Mitsubishi Ichi-go-kan was originally built in 1894 in Marunouchi, demolished in 1968 and accurately replicated in 2009.

In his private life, Conder became a disciple of a well-known Japanese painter, Gyosai Kawanabe in 1881. He learned Japanese dance from an expert instructor (Kume Maeba) whom he later married in 1893. And he was a member of the Asiatic Society of Japan. This association was established in Yokohama in 1872 to help foreigners understand Japan and Japanese culture. 74 British, 23 Americans, and several Canadians, Germans, Belgians, and Spanish were registered and they actively worked for the Society. British diplomat Ernest Satow was also a member and he asked Conder to design a private lodge for him in Nikko.

Conder seems to have lived in Yokohama around 1900. We can find his name and address listed under Yokohama in the JAPAN DIRECTORY of 1901-1904. To our regret, none of his Yokohama buildings exist today, but I can list some of them here: The Royal Hotel, Yokohama General Hospital, The Yokohama United Club, the former Sacred Heart Cathedral, and some company buildings. Sacred Heart Cathedral was built in 1901 at Yamate 234 with beautiful red bricks.

His daughter Helen was born in 1880. Her mother (not his wife) is unknown. Helen went to a famous girl’s school in Tokyo, and then studied in Brussels for four years. On her way back from Brussels, she met WL Grut who came from an old prestigious family in Denmark. They fell in love and married in 1906. When Conder died in 1920 Helen was in Bangkok, Thailand with her husband. She rushed to Japan for the funeral, but after she left, she never came back. She passed away in Copenhagen in 1974. 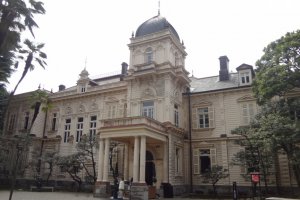 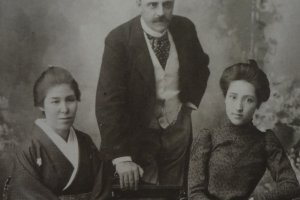 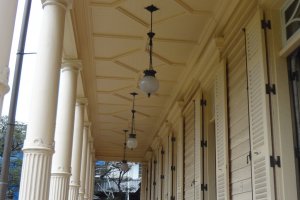 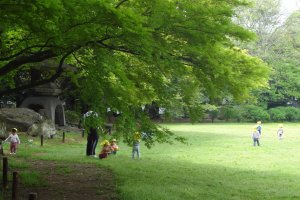 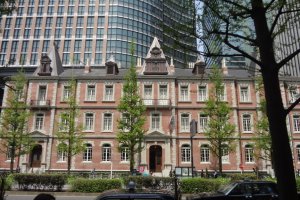 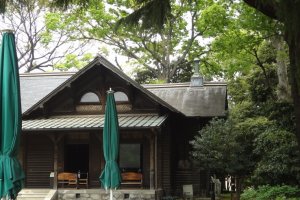