A special event at the National Museum of Nature and Science

A special event taking place at the National Museum of Nature and Science looks at the theme of hunters on land, and will explore a range of different animals from Cretaceous period crocodiles to modern amphibians, reptiles, and more. There will be displays focused on plenty of familiar hunters too, including the likes of lions, tigers, gray wolves and birds of prey.

Some of the highlights will include a full-scale, biologically accurate replica of Deinosuchus (a giant crocodile that lived in the Cretaceous period), a specimen of the extinct Japanese river otter, and displays of hunters that kill their prey with poison.

Adult admission to the event is priced at 2000 yen, and advance reservations are required. These can be organized through the official event website.

For those who opt to drive, do note that there is no dedicated parking lot for the museum - however there are various paid lots in the surrounding area. 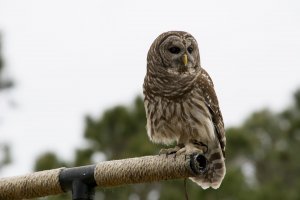 Elena Lisina 3 months ago
It must be very interesting for kids!
Reply Show all 1 replies

Kim Author 3 months ago
Yes, I think exhibitions like these are fascinating for children...and adults, too! Lots of interesting things to learn 😊
Reply
2 comments in total