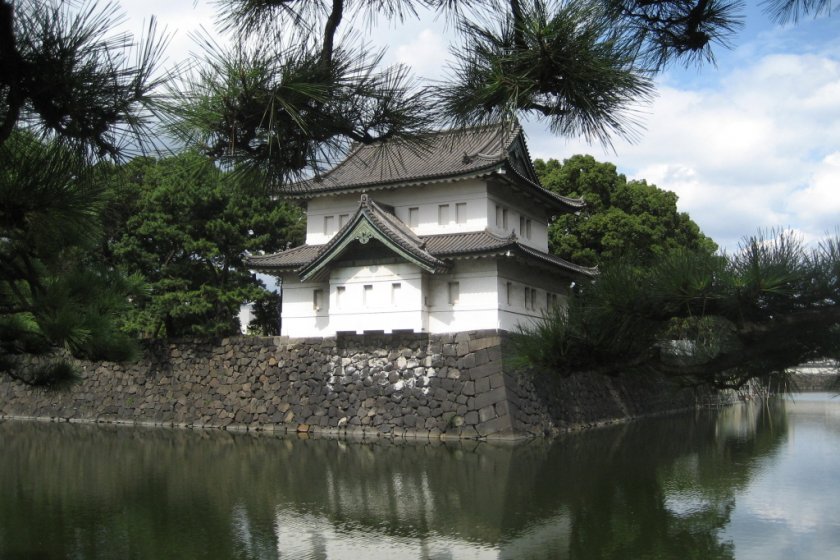 Oasis of calm in a busy city

Guardhouses appear on all corners of the fortification

The green roofs of the Imperial Palace peek out through the dense, dark foliage of the park that surrounds it. On only two days each year (2nd January and 23rd December) are members of the public permitted to enter the inner palace grounds without applying for a special permit. For the rest of the year, we can content ourselves with wandering around the beautifully manicured plaza, and the East Gardens. It’s not such a bad deal really – they are very picturesque and, with a little imagination, you can pretend you’re a samurai warrior.

Imagine the scene: a long corridor in the palace, tatami mats and paper screens muffling the sounds of life happening elsewhere. Two high ranking officials meet, heated words are exchanged, one draws his sword and attempts to kill the other…but to draw your sword in the Imperial Palace is an unpardonable offence. The story of the official’s ritual suicide and the 47 rōnin (masterless warriors) that he leaves behind, their vengeance and subsequent sentence to mass suicide has been immortalised in Japanese theatre (both bunraku and kabuki) as Chūshingura, as well as being adapted at least ten times for film and TV. Indeed so thrilling and tragic is the story that Hollywood has caught on, with 47 Ronin starring the fantastic Hiroyuki Sanada, and Keanu Reaves (eh?!) set to be released later this year.

Today there is little left of the original castle in the East Gardens. However, there is a sign showing you where ‘the’ corridor was, and it was up and down this path that my brother and I gleefully chased each other, showing off our not-terribly-impressive samurai skills. We also had fun climbing to the top of the remains of the old castle tower, whose huge foundation stones are an impressive reminder of the strength and skill of 17th century Japanese engineering. This is further evidenced in the giant wall that greets you after you enter through the Ote-mon, and the three impressive guardhouses that line the path, leading you into the garden.

The gardens contain an impressive array of plants and flowers that are designed to bloom throughout the year. At the beginning of the year the winter flowers start to emerge – kanzakura and ume blossoms fight the cold to remind us that spring is on its way. The gardens are a popular spot for hanami in March / April, and after that come the irises and magnolias, followed by flaming red and orange momiji trees in the autumn. There is also a section containing a tree or shrub from each region of Japan. A full flower calendar for the year is available here.

In my opinion, the East Gardens are not the most beautiful gardens in Tokyo. However, they are worth visiting because of the reminder of stories from the past and because they provide an oasis of calm right in the middle of this giant metropolis. It won’t take you long to walk round, and entrance is free, so why not have a look? 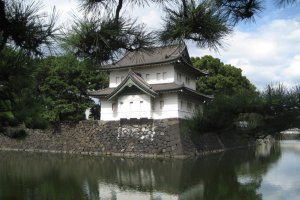 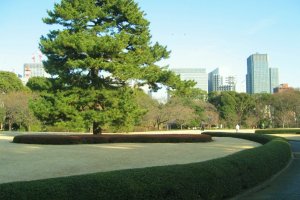 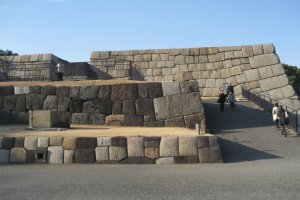 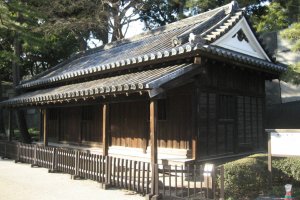 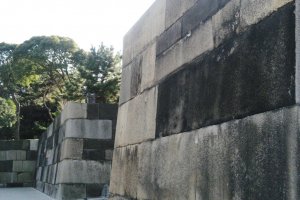 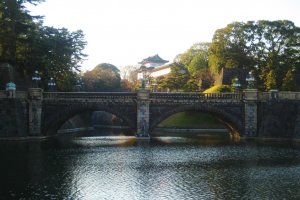 Elena Lisina a year ago
Yes, the trace of history is very important visiting such places! Interesting!
Reply Show all 0 replies

Olga 6 years ago
It's a pity that we can enter it only twice a year... I will try to make it someday!
Reply Show all 0 replies
2 comments in total