Playing a numbers game at Kayabacho

At first glance, there doesn’t seem to be much to Kayabacho Station.

The small station, on the Hibiya and Tozai Tokyo Metro lines in the east of the city, is unprepossessing and, until today, I had never had a reason to visit it.

However, given the task of writing about it, my friend and I put our Tecchan (train spotter) hats on, and took to the platforms.

With nothing much else to report, we found ourselves playing a game of numbers with the station, with some interesting results.

For example, I can now tell you that there are no fewer than five convenience kiosks in this one station alone. You will never go short of bottles of tea or chewing gum while waiting for a train at Kayabacho station.

Those with a sweet tooth might be interested to know that there are two Hirota ice cream and cake kiosks in the station, both selling the interesting-sounding shu-ais.

There is one Mister Minit; for those people with a sudden urge to get a spare key cut on the way to work.

There is also one Shinsei Bank ATM, which would be useful, but it was tucked into an odd corner and my friend only spotted it because he has eagle eyes.

There are twelve exits, with 20 turnstiles in total, taking you to interesting places such as Kayaba-bashi Bridge, the Tokyo Stock Exchange, and the optimistically named Smile Hotel.

We found one sink on one of the platforms, which I thought might have been a good idea if the tap hadn’t been upside down.

Interestingly enough, we also learned that the exits are 2.5 metres above sea level, which was deemed important enough to announce on a large plaque.

We also found one photo booth, one pair of shoes and one sign warning us of the dangers of aluminium balloons.

Playing the numbers game was an amusing way to spend time in Kayabacho, but my personal favourite number was 11: the number of ties available for sale at one kiosk.

It’s nice to know that I’m not the only one who is usually halfway to work before they realise it’s not casual Friday. 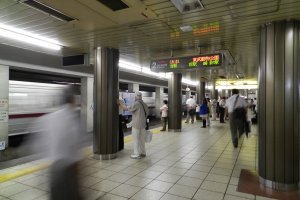 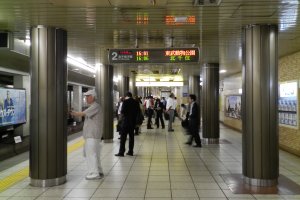 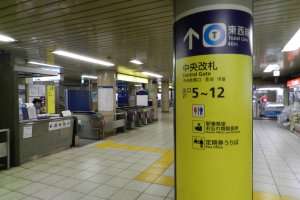 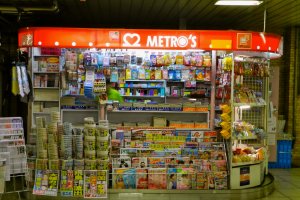 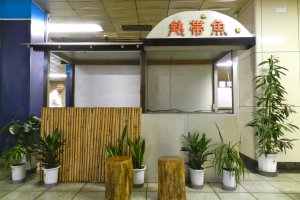 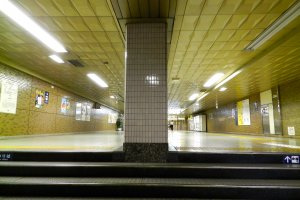 Sleiman Azizi a month ago
LOL, this was a great read!
Reply Show all 0 replies
1 comment in total