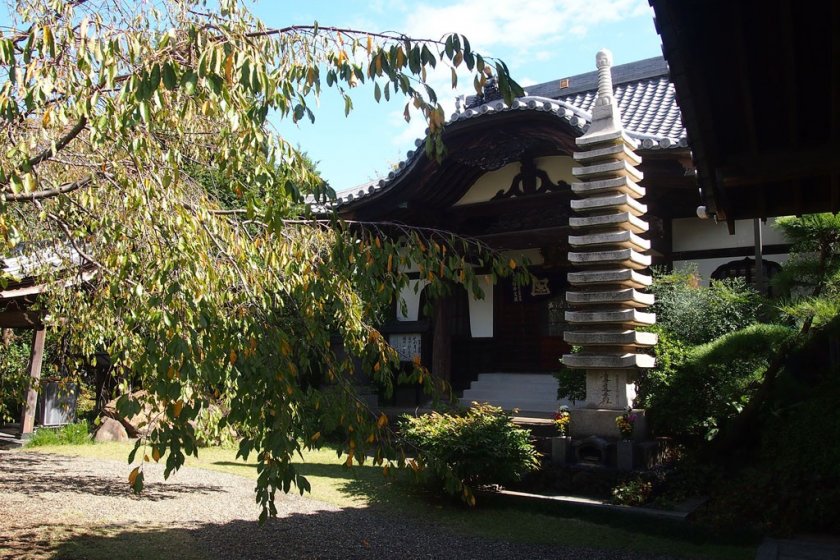 Kanjoji, a Local Shrine in Ota

A beautiful local shrine near the Tamagawa River

The shrine compound is decorated with a little landscape garden in the middle and little pebble stones.

A deviation from a trip to Tamagawa turned out to be an unexpected eye-opener into Japanese customs regarding death. After walking for around 10 minutes from my apartment Oakhouse Kamata 260 in the direction toward Yokohama, I got distracted by this small shrine called Kanjoji (観乗寺), a peaceful sanctuary only barely visible from the main road.

The history of the Kanjoji dates back to 1624. It was built by an official working in the Tokugawa government. Although it has around 400 years of history, in 1945 the war practically destroyed all of the important treasures in the temple. Kanjoji today is newly built, serving the residents of the Ota-ward.

In the beginning, I entered into the shrine compound cautiously, the little pebble stones crunching under my feet. There was no one in sight, so I worried if it was open to the public. Ignoring the guilty feeling of possibly trespassing, I went ahead to explore the features of the temple.

The first feature that attracted me was the “purification trough,” commonly seen in Japanese shrines. The words engraved on it, 洗心 (sen-shin), literally means to wash, or purify one’s heart. Reading the kanji, I felt a heightened sense of respect for this sacred establishment. I was also fascinated by the beautiful dragon sculpture in a beautiful bluish green colour that was on the purification trough. Purification troughs are seen at the entrance of most, if not all Japanese shrines. The washing of hands with the ladle and water in the trough is symbolic of purify one’s heart. It is also custom to cup a hand, transfer some water from a ladle, use the cupped water to rinse one’s mouth and spit the water next to the trough.

The main temple building is unfortunately not open to the public, so after I took photos of its exterior, I headed to the back of the temple where the family graves were. Respectfully, I took a walk through the graveyard, observing the names carved on the tombstones with my limited knowledge of kanji.

Japanese tombs and Japanese graveyard customs are mainly rooted in Buddhist tradition. At the back of each tombstone, there are these flat wooden sticks called “Soto-ba” (卒塔婆). “Soto-ba” originated from the word “Stupa” in Sanskrit, which means pagoda. Having been to Cambodia and Thailand, I was familiar with stone stupas but only today did I know that the Japanese use soto-bas to signify pagodas, which explains why the shape of the top of a “soto-ba” looks like a pagoda. On the flat wooden surface, family members usually write information such as the deceased’s Buddhist name after death, date of death, and other essential information.

One of these tombstones had a statue of a woman together with a few children, so I was curious if it was a “god” of some sort. The caretaker of the shrine explained to me that the statue was built for ancestral worship purposes, for a woman who died with an unborn child in her womb.

As a Singaporean Chinese, I’m familiar with traditions of ancestral worship, so I was curious about the special days in Japanese culture dedicated to the graveyards. The caretaker told me that there is the Obon in August, lasting up to three days. On those days, the families of the deceased clean their graves, light fires or lanterns to help spirits find their way home, and also make offerings to the dead. The Obon is also celebrated as a summer festival, with huge carnivals that Japanese go to in their beautiful yukatas.

What strikes me as interesting from this experience is how light-hearted the Japanese treat the subject of death. In western cultures, and even in Singapore, death is seen as a taboo subject, almost morbid. Graveyards are generally avoided. In contrast, perhaps because of the Buddhist belief in reincarnation, Japanese generally don’t view death as a frightening subject.

I left Kanjoji with newly acquired knowledge of Japanese funeral customs and view of the afterlife. Speaking to the caretakers with my limited Japanese was enough for me to glean new knowledge of Japanese customs. They were also nice enough to provide me with a map of the Ota area and information on the history of the Kanjoji. It was also a peaceful and scenic getaway from the main road, away from the factories, car showrooms and busy restaurants. 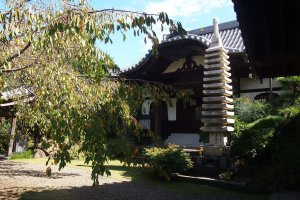 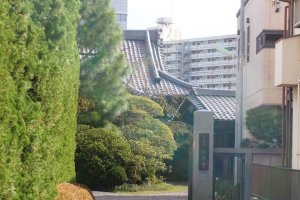 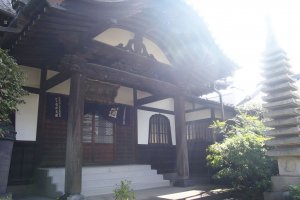 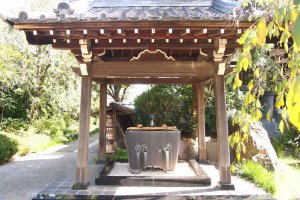 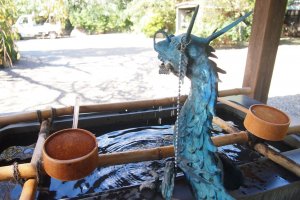 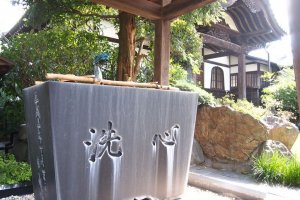