A place where everyone is a kid

All you parents are going to love this place. Full of amazing creations as well as the chance to create, Legoland Discovery Center in Odaiba, Tokyo, really is a great place to take the kids for a couple of hours.

Riding the Yurikamome Line to get there is almost half the fun, as the line crosses Tokyo's Rainbow Bridge, with non-stop elevated views of Tokyo Bay. Once you get to Legoland, though, well, that's where it all begins. For kids, that is.

Remember, this is a place designed for your children. Legoland operates under the rule that 'adults must be accompanied by a child.' In other words, no solo visits parents. Unless you purchase a special once-a-month adult night evening ticket. These go for JPY1900, not that any adults like Lego... right?

Once inside, there is a lot for the kids to be amazed by. Miniland, for instance, is a series of Tokyo's famous landmarks made completely out of Lego. The sumo hall replica, with its little levers allowing you to control the wrestlers, is seriously cute.

The 4D-cinema always gets oohs and aahs, though bear in mind that the animation is in Japanese. Kingdom Quest's a mobile target shooting game in a chariot while the Merlin's Apprentice Ride merry-go-round rises or lowers according to your pedal power. There is a Ninjago kids adventure park and a construction area where you build race cars and track test them. All the while, you're completing a stamp rally to receive your little Lego prize.

Legoland Discovery Center in Odaiba is fun, even for parents. With lots to see and do, its a good way to spend some curiosity-inspiring time with your children.

Take the Yurikamome line from Shimbashi or Toyosu stations, or the Rinkai line from Shibuya, Shinjuku or Osaki to Odaiba-kaihinkoen station. Legoland is just a few minutes' walk. 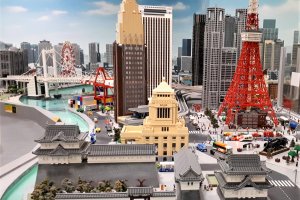 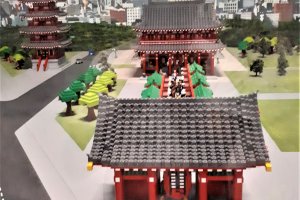 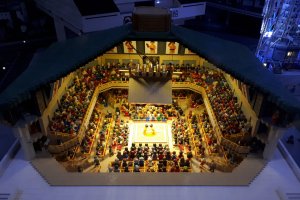 Kim 2 years ago
We love this place for our little ones. Ours aren't quite at the age where a Disneyland trip is easy (a whole day is still a bit much!) but Legoland is much more manageable.
Reply Show all 1 replies

Sleiman Azizi Author 2 years ago
That's the thing, being able to manage things whilst still enjoying yourselves. We had a really good time at Legoland.
Reply
2 comments in total