The Fifties and Sixties were known for the space race, but here on Planet Earth, another contest was going on, one that was waged by some big names for the hearts and minds of mere mortals. Men and women were captivated day and night, hands deep polishing and cleaning their objects of beauty.

You guessed it, these were the golden times for the automobile. The parallels between the space craft and motor vehicles were not lost on Mazda, when they named their coupe the Cosmo, with an revolutionary rotary engine. For the first time, advances in engineering made the car accessible to millions of people, and particularly with increased wealth and free time, the motor car represented freedom and unexplored territory, where new adventures were beckoning each weekend and evening.

If this sounds like hyperbole, transport yourself back to the showrooms in 1959, at the launch of the Datsun Bluebird 310. Admirers and buyers fought their way through a crowd of 120,000 people. They obviously knew a revolution was coming. Nissan knew that success on the track will bring it glory at home, and after just four years at the East African Safari Rally, the Bluebird 312 became the first Japanese car to win in its class. Actually, the rally conditions were so atrocious, only nine cars ended up finishing. At a time when Japan was rediscovering its place in the world, the success of the Bluebird led to exports to America, a dream for the designers at Nissan. A book was also made about the rally, aptly named "5,000 Kilometers to Glory", written by the Testing team manager at the time. It later became a movie.

In 1970, after years of research and relentless improvement, a Fairlady 240Z won the Safari Rally. More importantly, it made performance sports cars attainable for the masses, one that was previously the preserve of the wealthy. A generation of fans was born, with later versions of the Fairlady entering cult status in films like The Hustler, as well as The Fast and The Furious: Tokyo Drift.

While the “do not touch” signs remind you of a museum, it is more like going to a time of your dreams. Overhead, short films and moving imagery of cars driving through old Tokyo puts you in the centre of action, in an immersive way. Unlike most museums, it closes at 9 pm, making it a gentle night activity.

While this is next to the Toyota showroom, there is plenty of real estate set aside for Land Rovers and DeLoriens, as well as a rags to riches story about Isetta, a little Italian town car that saved BMW. Of course, if every car that was ever produced were on display, you would need a car to get around the whole show room. To get around that problem, there is a corridor lined with glass display cases, showing off miniature versions of these cars, in a themed format, from fire engines to buses. It is like a king showing off vintage wine in a wall of fame. Actually, there are so many manicured cars here, they rotate the exhibits with each season, making it a joy to visit again and again.

If your engine is purring by now, slip down to the first floor between 11 am and 1 pm, and ask the mechanics everything you wanted to know about the Solex 40PHH carburettor. While the restore pit here may sound like the high temple of craftsmanship, it is also an honour to connect with consummate masters whose faces truly shine in their labour of love, and that is definitely something worth celebrating.

As you can imagine, even a quick dash of this museum will take twenty minutes, so slow down, step back in memory lane. In a few hours, you could relive the hopes and dreams of living in 1964, to the glory days of the first Tokyo Olympics, when quiz shows on televisions and the Beatles were all in vogue.

At the same time, there is a universal appeal to this place. Whether your dream car was born in Detroit or Munich, Fishermen’s Bend or Hiroshima, this sanctuary is a space to relive, recreate and rediscover.

While it is a 10 minute walk from Tokyo Teleport Station on the Rinkai line, getting off from Aomi Station on the Yurikamome line will get you here in no time.

Find out more about Mega Web. 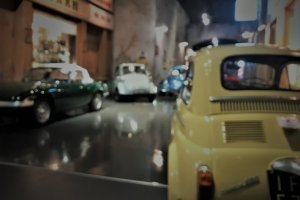 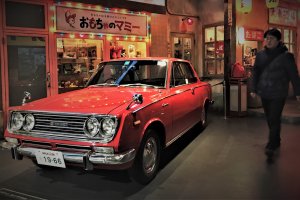 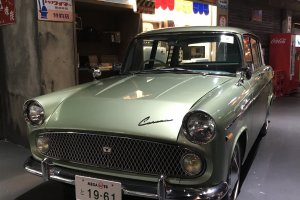 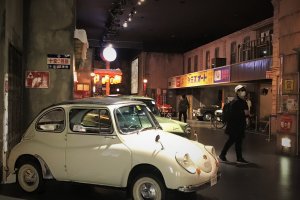 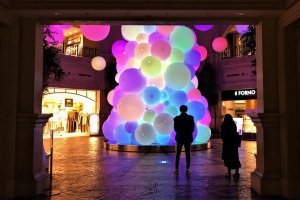 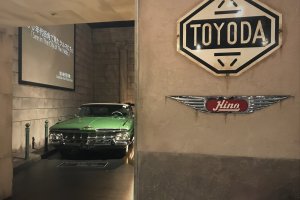 Sander van Werkhoven a year ago
Kind of ironic that a place that showcases a Corona (by Toyota) is closed right now because of something with the same name....

Been there quite a few times though, and while it is definitely not the greatest automobile museum in Japan (to me that would be a battle between either the Motorcar Museum of Japan in Kaga Onsen, the Ikaho Toy, Doll and Car Museum and the Toyota Automobile Museum), considering it's free and easily accessible it's a must visit for anyone that loves cars. And what it might lack in size, it makes up for in presentation. Things seem to have changed quite a bit recently (like the new Motorsport Heritage Garage), so I'll definitely go there again the next time I visit Odaiba!
Reply Show all 1 replies

Bonson Lam Author a year ago
Wow, you know lots about auto museums. Actually one of my friends recreated the F1 track on a computer simulator. Yes I agree with you, this is a place worth going again and again as they have built new features and have rotated their cars. A great place for the family as there are also many other great attractions.
Reply

Kim a year ago
Love that it's open later into the evening!
Reply Show all 1 replies

Bonson Lam Author a year ago
Yes, it is very good for late owls in that regard. Not many museums open late into the evening, so it is also a good place for local workers to take their friends or visitors after work.
Reply

Elena Lisina a year ago
I missed that place though visited Mega Web and around in summer. Alas! It's interesting, thanks!
Reply Show all 3 replies

Bonson Lam Author a year ago
You are very welcome. Glad you had a chance to visit the Mega Web. Next time I would like to test drive one of their vehicles on the special circuit at Mega Web.
Reply

Elena Lisina a year ago
I'd like too, but I can't drive at all! :D
Reply

Bonson Lam Author a year ago
Oh, maybe you can go with someone who can drive. There are two seater mini cars that you can enjoy as well.
Reply

Sherilyn Siy a year ago
I love how they took pains to also recreate the background. Very instagrammable!
Reply Show all 1 replies

Bonson Lam Author a year ago
They have done very well with creating a dream like experience. There were also lots of historical images of classic cars in the streets of Shibuya and other parts of Tokyo. Well worth spending a few hours to get the right shots.
Reply

Sleiman Azizi a year ago
Honk that horn folks!
Reply Show all 3 replies

Sleiman Azizi a year ago
The MG and the Fairlady. Looking good.
Reply

Bonson Lam Author a year ago
I can imagine you cruising in that MG convertible on a beautiful country road, now that is an idea for the weekend. On the other hand, driving the Fairlady Tokyo Drift style could be more your thing. Actually my brother in law restored an old Fairlady, taking it all apart and then lovingly upgrading it. Some of the team in the restore pit here worked in the Grand Prix, so it would be fascinating watching them at work, and then seeing them showcase the restored car in the museum.
Reply
14 comments in total