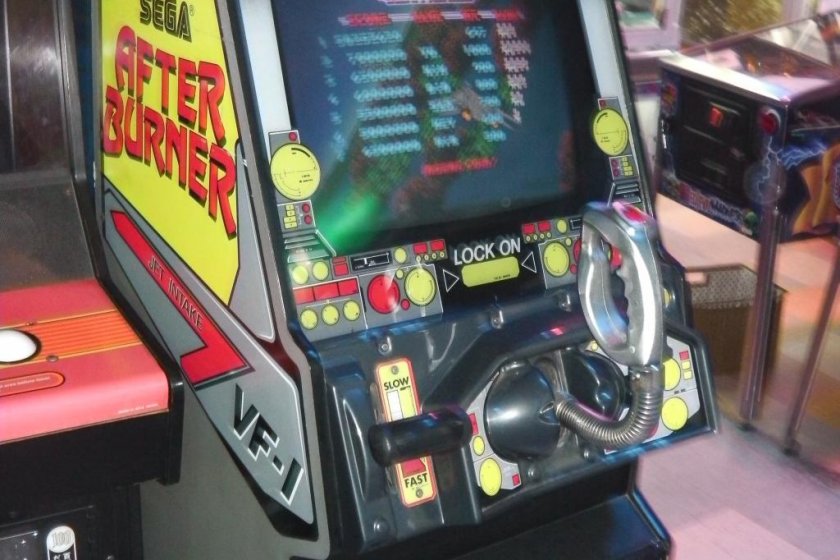 A cool collection of classic games in Takadanobaba

After Burner: more than a little nostolgic

Japan is known as the land of forward-thinking technology, and many visitors to the country that I've met have wanted to go to a video game arcade to go see some modern, crazy forms of entertainment that have yet to reach other parts of the world. There are many good places to go for that.

This is not one of them.

Mikado is a video game arcade that embraces vintage games and machines, and if you grew up playing video games in the 1980's or 1990's, it could very well be the most exciting nostalgia trip you could imagine.

Tucked on a small side street parallel to the train tracks in the student-dominated area of Takadanobaba, Mikado is a two story arcade filled with classic games and machines that you likely haven't encountered or even thought of in years, if not decades.

Where to start? How about the 1987 After Burner machine with the flight-simulator joystick that greets you when you first walk in the door? Or 1984's Marble Madness, complete with a trackball controller? Or Tehkan World Cup (later named Tecmo Cup), the first multi-player soccer game with a trackball? In fact, these games alone highlight another important highlight of Mikado: game maintenance. Many of the earlier controller ideas (like joysticks and trackballs) tend to break incredibly easy, but the staff at this arcade seems to take delicate care of their machines which are never out of order for long.

A personal favorite machine of mine at Mikado is the mint condition table-top version of Street Fighter II - the original Street Fighter II, that is, before all the fancy new characters and maneuvers. But if you like that new-fangled stuff, there're machines here for you too - in fact, there is an entire row of Street Fighter games outlining every minor step in that series' vast chronology. Other fighting games include Tekken and Final Fight.

Another nice part of the game collection at Mikado is their selection of sit-down games, which includes Sega's Out Run (1986), Space Harrier, Metal Hawk (which was only released in Japan), Konami's Wec Le Mans 24, and Pole Position II.

Also, Mikado has three actual pinball machines, which in Japan are a rare sight indeed. Pinball enthusiasts have their choice of Medieval Madness, Monster Bash, and Attack from Mars, as of a July, 2012 visit.

For those of you who need a little modern boost to your gaming experience, there are a few newer games at Mikado as well, including a large setup of Darius machines.

Games typically cost ¥50 or ¥100. Vending machines with drinks and snacks are available. 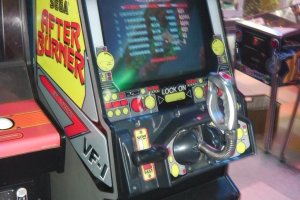 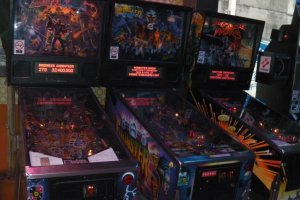 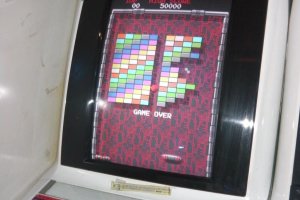 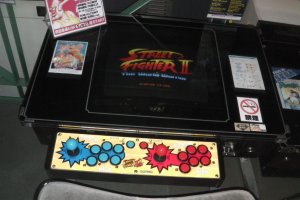 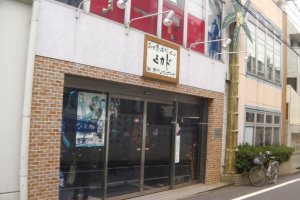 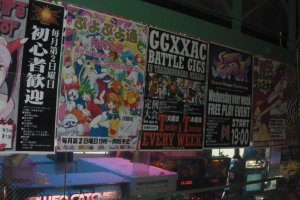