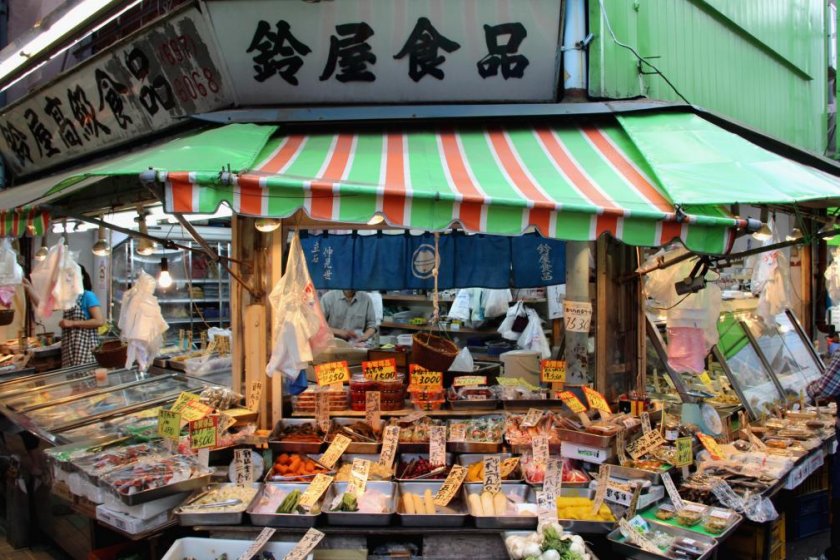 The Old and Trashy Tateishi

In Search of the Real Tokyo #2

Only three stops away from Tokyo Skytree, this market has a countryside atmosphere.

My ongoing search of the real Tokyo led me to Tateishi, in the capital’s far east. Spankybruno had warned me when describing his favorite place in Tokyo, "It's Shitamachi – dirty, old, trashy, and friendly". And indeed, located on the edge of the metropolis, separated from the center by two wide rivers, Tateishi seems to have been forgotten by the capital’s expansion.

Passing the Shin-Yotsugi Bridge, I felt I was leaving Tokyo behind: on the other side of the Arakawa (Ara River), low houses and plastic shelters were hiding in a solvent smell. Thirty minutes later, I reached Keisei-Tateishi station and its ringing railway crossings. Far from the center huge supermarkets, I entered the decrepit covered market adjacent to the station.

There, stands and stalls are squeezed next to one another, selling cheap vegetables, grilled yakitori or 100-yen taiyaki. At intervals, faded noren drift over four-seats counters, where the regulars chat in a greasy smell, while, along the walls, cats prowl in search of fallen crumbs. But despite the aura of neglect, the area is welcoming and people were not afraid to ask me to try a sembei, discuss the cuteness of a puppy or show my photographs. I felt at ease in this friendly neighborhood, that two rivers separate from the rigid politeness of central Tokyo.

On the north side of the station, colorful streets lit up as the evening approached. Izakaya and restaurants filled up in a popular atmosphere: with the harshness of the countryside, people scream at each other over the train din. Tateishi is only three stops away from the brand new Tokyo Skytree Tower, although it seems to be in a whole different universe. Here, even the pachinko parlor, with its plastic flowers display and dusty windows, nostalgically recalls the time – if it existed – when Tokyo was a town of laborers and artisans.

I would recommend to stay in Tateishi for an evening drink over grilled chicken and chat with the talkative locals. But if you have to go back to the restless city after buying rustic omiyage, try to catch the train as the sun reaches horizon: choose a seat facing the right side of the train, open the stores and admire the red symbol of Japan as it sinks into the Arakawa river. At the end of the bridge, the Tokyo Skytree stands as a reminder of today’s world, in case Tateishi made you forget its existence.

Where is the real Tokyo for you? Share your thoughts in the comments!

This summer, I’m looking for the real Tokyo! Ambitious perhaps, but where is it and where can I find it? I had to ask Tokyoites. It’s quite an abstract question, but Tokyo seems to be an inspiring city and I received many interesting answers. I now have to visit the places Tokyoites chose to represent their city, and find the real Tokyo!Find more about my search for the real Tokyo on my blog : http://lunatiquetokyo.wordpress.com 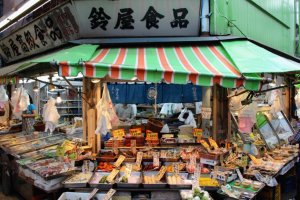 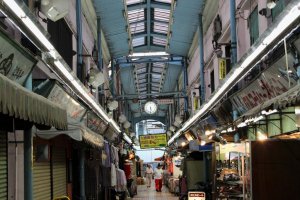 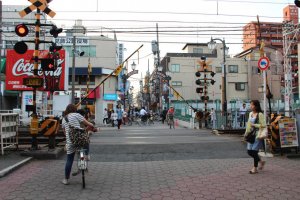 Lynda Hogan a month ago
I love all the contrasts you can find in Tokyo. To think this is only 3 stops from Tokyo Skytree, yet they are worlds apart in appearance and atmosphere.
Reply Show all 0 replies

bonbon 7 years ago
Real Tokyo is for me a cold dark winter's night, wind howling, papers blowing, shutters rattling, but me tucked away from the storm that is Tsukiji Sushi Tei.
https://en.japantravel.com/tokyo/tsukuji-sushi-bar/2601
Reply Show all 0 replies

Nicole Bauer 8 years ago
Great article Louise, thank you. As I live in the western part of Tokyo I don't make it to the "far east" too often; however, this should change!
My real Tokyo is in Shimokitazawa (https://en.japantravel.com/tokyo), not as trashy, but very original!
Reply Show all 0 replies
3 comments in total