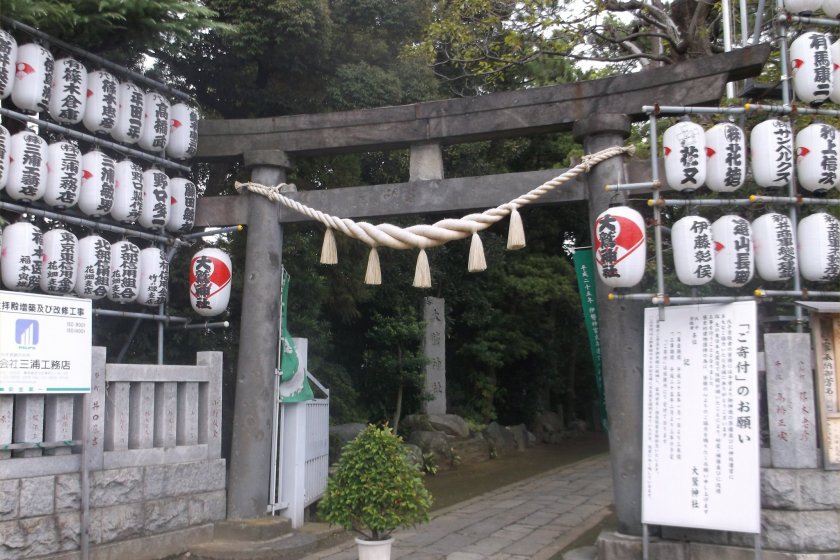 Raking in the good fortune in Adachi City

Torii gate entrance to the shrine

Otori Shrine in Adachi City is dedicated to Yamato Takeru. Son of the semi-mythical 12th Emperor Keiko, the equally semi-mythical Takeru was said to be an ingenious warrior whose career began rather disturbingly with the doing away of his older brother because, as the story goes, his father expressed concern over the older sibling's habit of not eating his meals with the family at the dinner table...

In any case, Otori Shrine was established to honour the prince who, after quelling a tribal uprising in the east, set up camp for a few years in the local area. He apparently afforded some decent governance to which the people responded with the Otori Shrine once Takeru passed away. Unlike other otori shrines where the 'tori' part of the name simply means 'bird', the Adachi shrine's tori refers to an eagle, an indication that the Adachi shrine is the original one.

Another original is the shrine's Tori no Ichi. This is a festival featuring kumade rakes - the name literally means 'bear hand/claw' - which are sold covered with extravagant decorations that take almost a year to craft. They are used to 'rake in' the good fortune for the coming year and will often be seen in the foyers of businesses. The Tori no Ichi is held at the shrine on the Day of the Rooster which occurs twice in November.

Along with the famous Tori no Ichi, the shrine also hosts oharai purification rituals in June, Lion Dances in July and portable shrine parade every twelfth year during the Year of the Rooster, Otori Shrine itself features some absolutely stunning woodwork. Not just a simple relief carved into a panel, the dragon carvings here are marvellous three-dimensional creations that erupt from the pillars they are carved from.

Otori Shrine has an interesting history, fascinating festivals and beautiful structural designs. Like many shrines found in suburbia, Otori Shrine is a gem of an experience.

From Yatsuka Station on the Tobu Skytree Line, take the Tobu Bus bound for Kuwabukuro-danchi and get off at Soka Kinen Taikikukan Mae bus stop for an 8-minute ride. 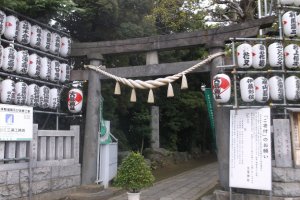 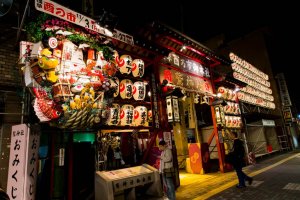 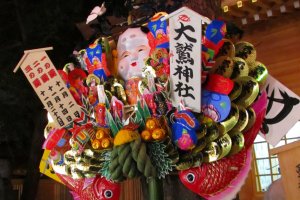 Elena Lisina 6 months ago
I'd like to see those torii - unusual, indeed! Particularly I like illuminated as on the last photo. Original shrines and castles are fascinating, aren't they?
Reply Show all 2 replies

Sleiman Azizi Author 6 months ago
There's often a lot of fascinating details at these 'local' shrines. You also get the benefit of peace and quiet to enjoy them as well.
Reply