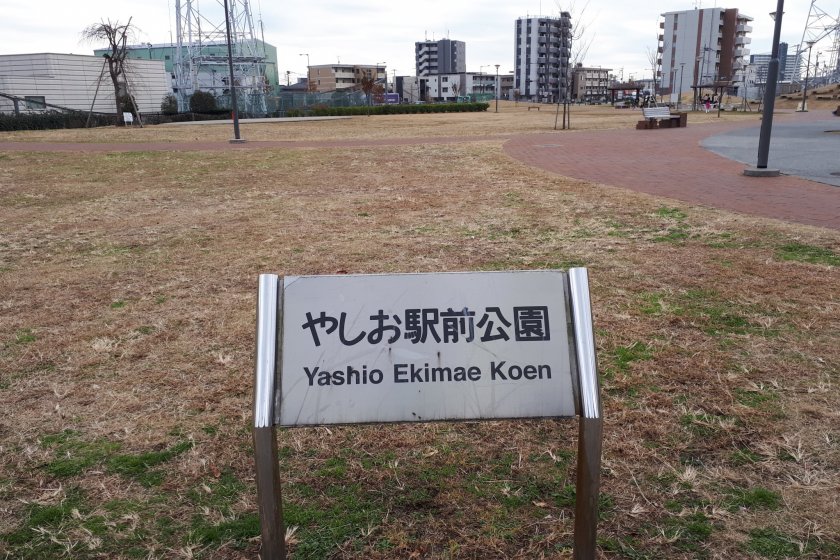 Space for the kids along the Tsukuba Express Line

It goes without saying that for travelling families, public spaces are a godsend. And they are even better when they have things to do and cost nothing to use. Such is the case with Yashio Ekimae Park.

Literally 'the park in front of Yashio Station', Yashio Ekimae Park is quite the large public space, right by Yashio Station on the relatively new Tskubua Express Line connecting Akihabara in Tokyo with Tsukuba in Ibaraki. The park also happens to be ultra convenient to Frespo Yashio, a three-floor shopping centre, again, right by the station. With a number of ramen bars, handmade soba stores and bakeries close by, Yashio Ekimae Park is a great place for mama and papa to relax while the kids burn off some of their excess energy.

While literally one single public space, Yashio Ekimae opened in 2015 and is technically made up of several separate areas. Leaving the station takes you to the cherry blossom viewing space and an event space. You'll usually see kids flying kites or playing football with their parents in this area but further on lies the centrepiece of the park, an artificial hill with jungle gym equipment.

At the base of the hill lies modern public restrooms including a nappy changing facility. On the opposite side of the hill lies the park's star attraction, large jungle gym play equipment made out of wood. With its many climbing points, rope netting tunnels and spaces to commandeer, the jungle gym becomes the obvious place for the kids to battle wild orcs and bloodthirsty pirates.

The hill also features a series of benches to relax on while gazing over the open spaces the park offers. There really is plenty of space here and parents will be thankful that they can find some time to take a breather while the kids be, well, kids.

Take the Tskubua Express to Yashio Station. The park begins almost immediately outside the South Exit. 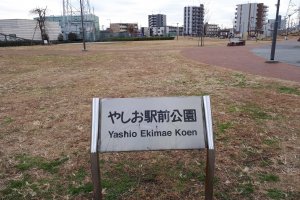 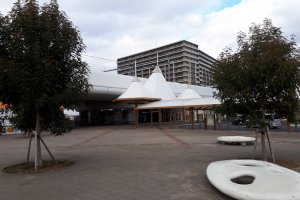 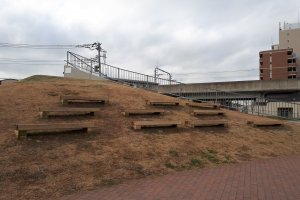 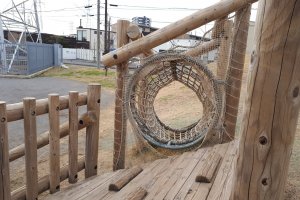 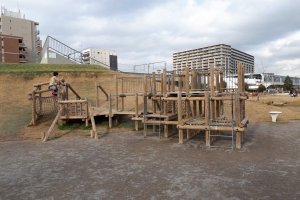 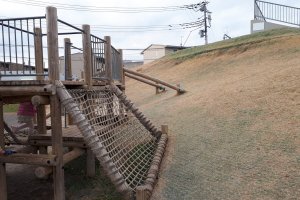 Kim 9 months ago
Always grateful for places like these where the kids can burn off some energy!
Reply Show all 2 replies

Elena Lisina 9 months ago
Until they don't soak into phones! )))
Reply
3 comments in total