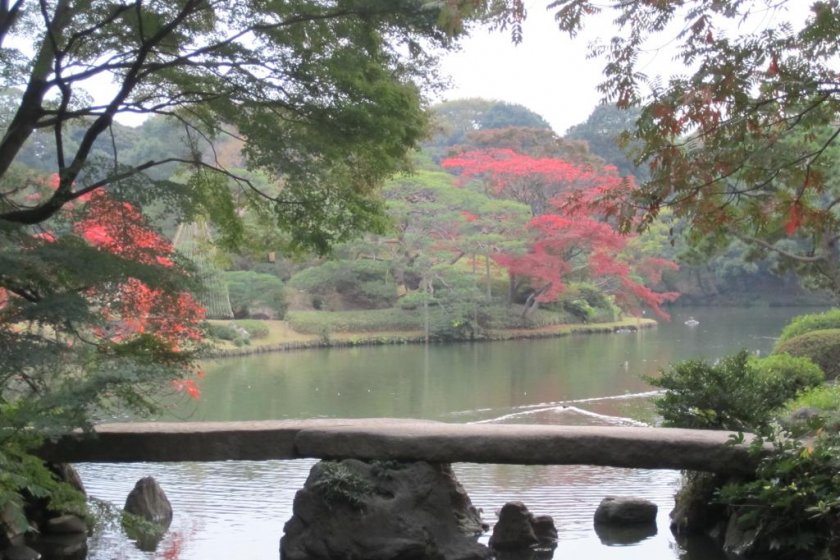 Rikugi-en Garden is undoubtedly one of the most beautiful places in Japan. Yanagisawa Yoshiyasu, the grand chamberlain of the fifth shogun, was said to have constructed this garden in seven years, beginning in 1695. In his day, Yanagisawa had gained much notoriety not only for his debauchery, but also for building one of the finest stroll gardens of the Edo period.

In the early twentieth century, Iwasaki Yataro supervised its Meiji-era renovations. Today, Rikugi-en Garden is the quintessential image of tranquility amidst the chaos of Tokyo. Visitors to the garden are treated with the sight of beautiful cherry trees that line the doorway, while bush warblers and turtledoves can be seen frolicking amongst the foliage. The garden itself is a recreation of landscapes from a very famous Japanese poem. As a result, viewers are treated to a new landscape every few steps.

While it is not as centrally located as some of Tokyo's other famous gardens, visiting Rikugi-en is a must for fans of traditional Japanese gardens. And, depending on what day you visit, you may encounter either a spectacular display of blossoming cherry blossoms, or a garden a lit with falling maple leaves.

The best feature of this garden is the large pond in its center. Small islands or islets can be seen dotting the lake while warblers and cranes can be seen frolicking nearby. Rikugi-en features numerous strolling pathways that snake around the garden's perimeter. These walkways lead visitors to special viewing hills that show a rare glimpse of the garden alongside the Tokyo skyline.

There are two entrances into the garden; the main entrance is situated on the eastern corner of the garden while the south entrance usually remains closed to the public, with the exception of a few weeks in autumn and spring. It is best to dedicate at least an hour or two to explore the garden.

Getting to the garden is quite easy. Take the JR Yamanote Line, or the Namboku Subway Line to Komagome Station. Or, take the Toei Mita Line to Sengoku Station. Both stations are just a few minutes walk from the garden.

The garden is open from 9am to 5pm daily. The last admissionm is at 4:30pm. The garden is closed from December 29 to January 1.

It can be accessed from Komagome Station by either the JR Yamanote train line or the Namboku Metro line. You can also take the Toei Mita line to Sengoku Station.

Admission fees are 300 yen for adults, 150 yen for those 65 and over. There is no admission fee for primary age school children and under. Junior high students in Tokyo also get in free.

Find out more about Rikugien Garden. 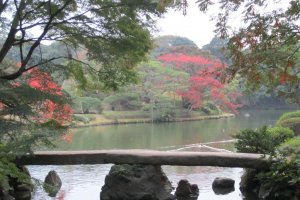 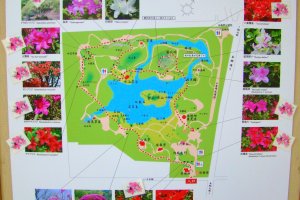 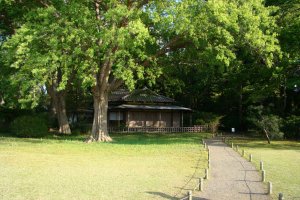