The model town of the famous Ghibli film

Walking down a calm and quiet uptown area on the hills, I could hear ‘Take Me Home, Country Roads,’ the famous American song, ringing in my head. No wonder, because this is not just a normal residential area that I am walking through – it is the model town for one of the most popular Ghibli films in Japan, Whisper of the Heart (耳をすませば). The town is by a station called Seiseki-Sakuragaoka, and it is located in the outskirts of Tokyo.

I have noticed that Whisper of the Heart is not as familiar outside of Japan as the other Miyazaki (Ghibli) films, but I highly recommend that you give it a watch. The story is about an ordinary Japanese junior high school girl named Shizuku, falling in love, chasing her dream, and going through the agonies of adolescence. The film depicts the typical Japanese middle class family lifestyle in the 90s and an average but peaceful and beautiful neighborhood of Tokyo, precisely.

Seiseki-Sakuragaoka Station is in the city of Tama, and although the name of the town itself is not Seiseki-Sakuragaoka, people usually refer to it that way. It used to be a normal residential town until Whisper of the Heart came out, and 10 years after the film was made, in 2005, they decided to develop the area into a tourist spot for fans. However, since the places that appear in the film are mostly residential instead of the bustling streets around the station, they are still trying to work out how to minimize inconveniences to residents while promoting the area as sightseeing destination. There are Whisper of the Heart tours in Seiseki-Sakuragaoka, but only in Japanese. The film is widely available, and having it fresh in your mind will enhance the experience. You can get a head start by taking a look at the map, which they have right in front of the station, or downloading here (PDF, 1.6 MB / Japanese).

Even though the spots that can be found in the film are mostly in the residential area and lack souvenir shops, it is still worth visiting Seiseki-Sakuragaoka. They have department stores and shopping centers around the station, and there are local cafés that have a distinct, classic and antique atmosphere that you will not see in any other places. If you are a great Whisper of the Heart fan, or a Ghibli fan, or maybe even an anime fan, you will surely be moved by the fact that you are walking in a real-life version of this animated world. If you haven’t (or even if you have), watch the movie, download the guide map, get onto the train and head to Seiseki-Sakuragaoka Station, then walk along the famous spots. I am pretty sure that you will keep hearing ‘Country Roads,’ the theme song of the film, inside your head during the trip. It’s totally cool to sing along, but just remember not to sing too loud–you won’t be able to hear the whisper of the heart. 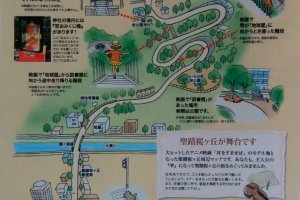 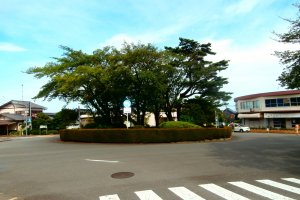 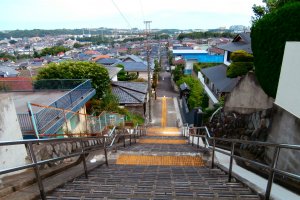 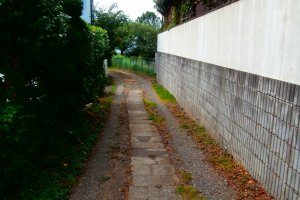 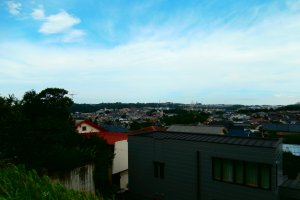 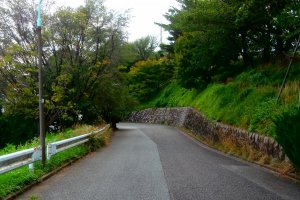 Anonymous 8 years ago
I'm Glibli fan and it's on my list. (:
Reply Show all 0 replies

Tristan Scholze 9 years ago
A very good film. It's almost like anything Hayao Miyazaki is involved with becomes magical. It's quite an experience to see the real world source of an artistic creation. It reminds me of when I traveled to Auvers to stand in the exact places where Wheatfield With Crows and other Van Gogh paintings had been painted.
Reply Show all 0 replies

Alice Odoux 9 years ago
I loved this movie!!! I had no idea it was from a real place!!!! I have to go now! Thank you for your article ;)
Reply Show all 0 replies
3 comments in total