Japan's forever capital city of Tokyo isn't limited to the non-stop hustle of its famous central wards. Extending west into the natural world of the Tama region, Tokyo is home to a further thirty cities, towns and villages. Broken up into three general areas, the northern Tama cities are the gateway into the region with good access to and from central Tokyo. The Southern Tama cities feature large population centres and plenty of space while the Western Tama area is the home of Tokyo's true nature. Here is a simple guide to the areas.

A large cluster of commuter towns by the border of central Tokyo, the area is home to two of Tokyo's most desirable places to live, Musashino City and Mitaka City. The annual sunflower festival of Kiyose City is nationally renowned, Higashikurume City surprises with its beautiful Edo period home and bamboo grove, Koganei City boasts some incredible parks while Nishitokyo City features one of the most advanced planetariums in the world.

The southern region of Tama is dominated by its space. Well-loved themes parks can be found here like Yomiuri Land Amusement Park in Inagi City and the Hello Kitty wonder that is Sanrio Puroland Amusement Park in Tama City. One of Tokyo's best zoos, the famous Tama Zoological Park is located in Hino City while the old, the new and the natural make up the largest cities in the region with Machida City and Hachioji City.

The municipalities of Western Tama are an outdoor enthusiast's dream. The Tama River borders Hamura City and its cherry blossoms while the same river cuts through Ome City, a city known for its quirky 1950s film ambience. Akiruno City is a natural wonderland of limestone caves and valleys while Fussa City, home to the American Air Force Base, is uniquely eclectic. Steeped in nature, the region's three towns of Mizuho Town, Hinode Town and Okutama Town feature surprisingly historically significant sites. Finally, mainland Tokyo's only village, Hinohara Village, is famous for its waterfalls and citizen's forest. 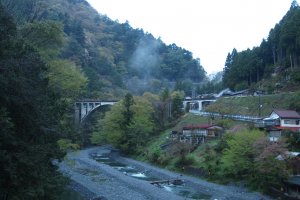 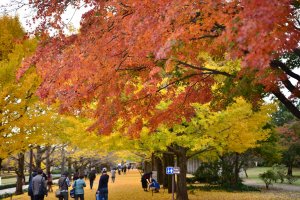 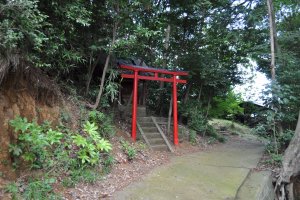 Elizabeth S a year ago
How many times I've gazed into the distance from the peak of Mt. Takao wondering what is out there, deep in that mountainous expanse of rural Tokyo. Now I now what to look for! Thanks.
Reply Show all 1 replies

Sleiman Azizi Author a year ago
It ought to be regarded as Tokyo's treasure.
Reply

Elena Lisina a year ago
Sleiman, did you explore all those places around Tokyo? I wonder why they are included in Tokyo?
Reply Show all 1 replies

Sleiman Azizi Author a year ago
Tokyo isn't just the city wards. Tokyo extends all the way to Okutama Town and down south with the Izu and Ogasawara Islands.
Reply
4 comments in total
Back to Contents