Hinohara Village is not only mainland Tokyo's sole official village but also its smallest municipality with a population of just over two thousand residents. Utterly dominated by its natural surroundings, the village's stunningly beautiful location is on the western edge of official Tokyo. Home to Hossowa Falls, Tokyo's only representative on the nation's top 100 waterfalls list, Hinohara also features the Hinohara Tokyo Citizens' Forest, the deeply located Kuzuryu Shrine and a reminder of Hinohara Castle.

Located deep within the borders of the village, Kuzuryu Shrine can be found up a flight of stairs surrounded by forests and clear mountain air. Close to a number of waterfalls and natural hot springs, the shrine is a branch shrine of the one found in Togakushi in Nagano Prefecture.

Five minutes from Kazuma bus stop on the No.10 bus from Musashi-Itsukaichi Station on the JR Itsukaichi Line.

Selected as Tokyo's only representative in the 100 Waterfalls of Japan, Hossawa Falls is a lovely nature spot. Featuring a drop of around twenty metres, the scenery is quite lovely. The walk to the falls is home to a tofu stand, a a small cafe and an old post-office that has been converted into a souvenir store.

Seven minutes from Hossawanotaki-iriguchi bus stop on the No.10 bus from Musashi-Itsukaichi Station on the JR Itsukaichi Line.

Surrounded by an abundant mountain forest, the Hinohara Tokyo Citizens' Forest is a series of natural spots and walking trails of varying levels. This tranquil area also features a number of walking courses including its famous 'Therapy Road' and is considered to be the perfect place to relax and 'bathe in nature'.

One hour by bus bound for Citizens Forest from Musashi-Itsukaichi Station on the JR Itsukaichi Line.

Built to watch over the highway connecting modern day Yamanashi with Tokyo and Saitama prefectures, Hinohara Castle fell at the end of the sixteenth century. With the castle no longer present, only a few trails and markers exist to indicate its history. A guardhouse from those times, however remains.

Five minutes from Motoshuku-yakubamae bus stop on the No.18 bus from Musashi-Itsukaichi Station on the JR Itsukaichi Line. 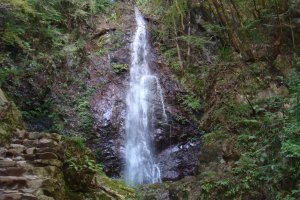 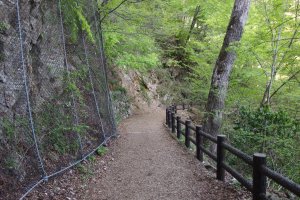 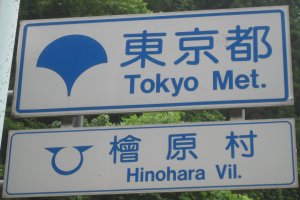 Elena Lisina a year ago
Is Tokyo endless?! )))
Reply Show all 1 replies

Sleiman Azizi Author a year ago
It seems to be that way, the city that never stops.
Reply

Kim a year ago
Something for everyone's interests in Tokyo!
Reply Show all 2 replies

Sleiman Azizi Author a year ago
And to think that there is still the rest of Japan as well...
Reply

Kim a year ago
Absolutely! No shortage of things to do and see!
Reply

Elizabeth S a year ago
Tokyo defies the city image with places like this, so removed from the urban core, but still part of the metropolis. And accessible, right?
Reply Show all 1 replies