More than an American air base

Home to the American Air Force Base, Fussa City is dominated by its US presence with an eclectic mix of American-styled stores catering to overseas servicemen and women and Japanese local sites and ambience. Visitors to the city can catch the beautiful Shinmei Shrine and Seiganin Temple, both contrasts to the area's military presence. Culturally recognised Japanese sake breweries also feature while the city is dotted with local public spaces.

A lovely shrine, particularly in autumn, Fussa Shinmei Shrine was established in the late 19th century by the local council and then upgraded in the Showa period with generous donations from residents of the area. Featuring standard Shinto statues, torii gates and ablution wells, the shrine is dedicated to success and fortune in many fields.

Five minutes from the West Exit of Fussa Station on the JR Ome Line.

A beautifully designed Buddhist temple founded at the turn of the 14th and 15th centuries, Seiganin Temple is home to a lovely ambience accentuated by its traditional bell tower, carp-filled pond-centred Japanese garden, metal lanterns and a handsomely built main hall building.

A family-run brewery now in its 16th generation, Tamura Sake Brewery is home to a number of old Edo period buildings and a 200-year old well - the water is still used for making sake - has been registered as a Tangible Cultural Properties. Japanese language tours are regularly available at the brewery, including free taste-testing.

A short walk from Tamagawa Central Park along the Tamagawa River, lies Hotaru Park. So named for the fireflies native to the area, a greenhouse was established in the early 1970s to help reverse a declining firefly population. Each year, the park hosts a firefly festival in summer to celebrate these amazing creatures.

Nine minutes from Kumagawa Station on the JR Itsukaichi Line. 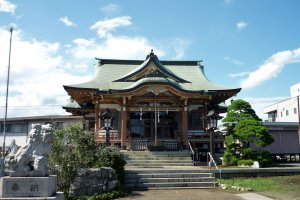 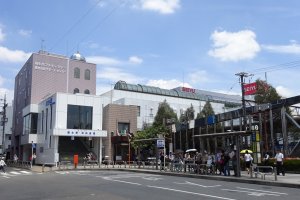 Kim 2 years ago
Lots to do and see! The air base is open to the public yearly around September for a weekend (the annual Friendship Festival). Worth checking out for anyone with an interest in aviation or just wanting to check out the base!
Reply Show all 1 replies

Sleiman Azizi Author 2 years ago
It's such an influence on the city.
Reply
2 comments in total
Back to Contents