The historical countryside in this charming city

A small countryside city in western Tokyo, Hamura City is blessed with a sense of nature. Bordered in the south by the Tama River, its hundreds of cherry blossom trees draw in visitors aplenty during spring. Home also to history with the Hamurashi Kyodo Museum, the city's Aso Shrine and Maimaizu Well are both culturally and historically recognised while families will love the cosy Hamura Zoo.

Situated along the banks of the Tama River, Aso Shrine has been culturally recognised by the government of Tokyo. Set amidst the Japanese countryside, the shrine was said to have been built in the seventh century and is home to a chinquapin tree believed to be one thousand years old.

Twenty three minutes from the West Exits of either Hamura or Ozaku stations on the JR Ome Line.

Comfortably cosy, Hamura Zoo's size makes it a great option for families. Children will love the petting zoo, playground areas, animal & dinosaur statues and even a full-sized steam locomotive. There is also a decent variety of animals including hyenas, giraffes, hawks and beavers as well picnic grounds.

Twenty minutes from the East Exit of Hamura Station on the JR Ome Line.

The Hamurashi Kyodo Museum is a free museum detailing the history and culture of the area. Its fully restored Japanese thatched-roof farmhouse has been registered as a Tangible Cultural Property of Tokyo. A stunningly red gate is another highlight here along with displays including ancient pottery and modern sluice gates.

Twenty minutes from the West Exit of Hamura Station on the JR Ome Line.

Now designated as a Historic Place by the city, Maimaizu Well was once a spiral well used in the early Edo period. Said to have been first dug in the ninth century, the well's spiral shape, reminiscent of a snail's shell, was used to help penetrate deeper into the difficult terrain.

Two minutes from the East Exit of Hamura Station on the JR Ome Line. 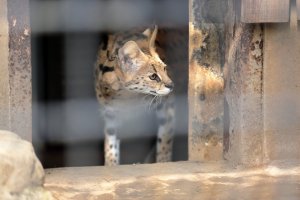 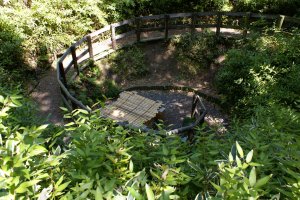 Elizabeth S a year ago
I like the name of the well. The common name for snail today is "katasumuri", but the old way of saying it is "maimai". It's got an antique feel to it. I'm sure the site is laden with history.
Reply Show all 1 replies

Sleiman Azizi Author a year ago
It's a cool name. You could write a book on names in Japanese and never finish there's that much out there.
Reply

Lynda Hogan a year ago
Tokyo has some great rural areas. I've only really ever passed through Hamura. I must make a stop one of these days!
Reply Show all 2 replies

Kim a year ago
In the spring there's a lovely tulip festival out that way too!
Reply

Sleiman Azizi Author a year ago
Wandering around is great.
Reply

Kim a year ago
Hamura Zoo is perfect for toddlers!
Reply Show all 0 replies
6 comments in total
Back to Contents