A bedroom community on the western edge of central Tokyo, Inagi City is most famous for its popular Yomiuri Land Amusement Park. The city is filled with greenery and public spaces like Inagi City Central Park, local shrines including Aoi Shrine as well some curious historical landmarks like the eerie Buddhist tombstones of Arigata Yama, the Thankyou Mountain.

Said to have been listed as on of the Tama region's eight main shrines, nobody knows exactly when Aoi Shrine was actually established. Its extremely worn komainu guardian statues suggest a long history and if you visit in early October, you'll witness the shrine's annual shishimai lion dance festival performed in dedication to the shrine's deity.

Four minutes from the South Exit of Inagi-Naganuma Station on the JR Nambu Line.

Located in the centre of the city, Inagi City Central Park is filled with sports and athletic fields,popular children's play ground areas, gardens, ponds and open space. Home to virgin woodland forest complete with a score of walking trails, the park is right by the city's famous Kujira Bridge and whale head sculptures.

Fifteen minutes from Inagi Station on the Keio Sagamihara Line.

Completely off the tourist trail, Arigata Yama is home to over four thousand abandoned Buddhist tombstones. Relocated from central Tokyo towards the end of World War 2, the charity group carrying the tombstones up the hill chanted the word 'argiatou' which means 'thankyou', hence the name of the hill.

Established in 1964 and filled with roller coasters, free fall rides, and ferris wheels, Yomiuri Land is one of Tokyo's more popular theme parks. Famous for its autumn and winter evening illumination shows, the park is also home to Tokyo's only bungee jumping facility. There is even a traditional sento public bath available. 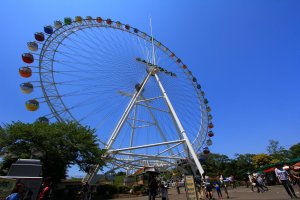 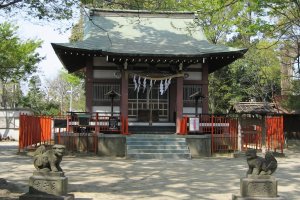 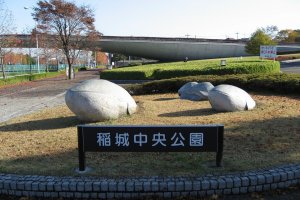