Once a hawking field in the Edo period, Mitaka City is now headlined by the world famous Ghibli Museum and Inokashira Park. Located on the western edge of central Tokyo, Mitaka City's relaxed residential vibe and greenery make the city an ever increasingly desirable location to live and visit.

A favourite of Tokyo's residents, Inokashira Park is deservedly famous for its stunning springtime cherry blossoms. Along with its large pond offering swan pedal boat rides, the park's natural ambience and relaxing spaces are a draw for street entertainers and family visits. And that's to say nothing of the shrine and zoo.

Five minutes from Kichijoji Station on the JR Chuo Line.

The world famous films of Miyazaki Hayao are wonderfully represented at the Ghibli Museum. Filled with the most charming of displays and exhibits, this almost fairytale-like museum brings to life the process of making animated films. The museum is extremely popular and tickets must be booked well in advance.

Ten minutes from Kichijoji Station on the JR Chuo Line.

A research institute open to the public, the National Astronomical Observatory of Japan is a great place for astronomy enthusiasts. Featuring regular stargazing parties and dome theatre shows, the observatory's telescopic dome has been gazing at sunspots since 1938.

Fifteen minute no.91 bus ride to Tenmondai-mae bus stop from the North Exit of Chofu Station on the Keio Line.

The extraordinary apartments of Reversible Destiny Lofts are both residence and art. Designed to stimulate the senses of all age groups, the apartments were inspired by Helen Keller and built in her memory. The apartments have received worldwide recognition and tours are available.

Ten minute bus ride from the South Exit of Musashi-Sakai Station on the JR Chuo line and get off at Osawa Bus Stop. 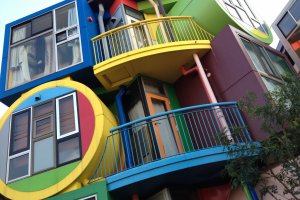 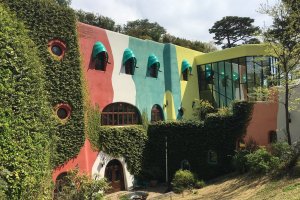 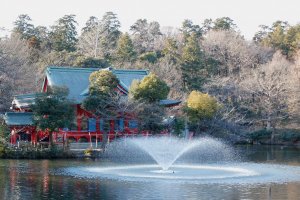 Kim 3 years ago
The destiny lofts are incredible! Love all the color!
Reply Show all 4 replies

Sleiman Azizi Author 3 years ago
The interiors are even more incredible.
Reply

Kim 3 years ago
Can only imagine!
Reply

Elizabeth S 3 years ago
It looks like you can stay a night at Reversible Destiny. And then stroll Inokashira Park.
Reply

Kim 3 years ago
Would be so fun to stay there...adding it to my list!
Reply
5 comments in total
Back to Contents