Home to the 47 Ronin (Samurai) of Ako Gishi

Have you watched Universal Pictures 47 Ronin starring Keanu Reeves? Reeves stars opposite a number of Japanese actors, including Rinko Kikuchi and Tadanobu Asano. The film premiered in theaters across Japan early December 2013.

It was a natural fit due to the factual group of 47 samurai who lived during the 18th century and now rest together at Sengakuji Temple near Shinagawa Station in Tokyo, Japan.

Definition of Ronin: /ˈrōnən/ noun 1. (in feudal Japan) a wandering samurai who had no lord or master.

From what I’ve gathered through the English leaflet from Sengakuji Temple and the Sengakuji website, the 47 Loyal Retainers of Ako Gishi assembled in armor and weapons to avenge their Lord Asano Takuminokami Naganori. Led by former chief retainer, Oishi Kuranosuke, they set out to attack Bakufu's highest-ranking master of protocol, Kira Kozukenosuke Yoshinaka, at his Edo mansion. The reason? It is said that Kira disliked Asano, treated him with malice and disgraced his honor as a samurai. Unable to tolerate Kira's insult anymore, Asano did the forbidden and drew his sword on him in the Edo Castle. Asano failed to kill Kira, was arrested and carried out his sentence to death by seppuku (hara-kiri) in a garden of another lord's residence on the very same day, April 21, 1701, without proper investigation.

So, on 14 December 1702, the 47 ronin found Kira at his residence and he was offered the chance to commit suicide. He made no reply. So, Ôishi struck off his head with the same dagger that Asano used to kill himself with when he was sentenced to death by seppuku. Kira's head was then put in a bucket and carried to the Sengakuji, where Asano was buried. After Ôishi and the others had given the bloody trophy to the spirit of Asano, they turned themselves in and awaited their fate. They had lived up to the standards of loyalty expected of true samurai.

The ronin were ordered to commit suicide, a sentence suggested by the famous Confucian scholar Ogyû Sorai (1666-1728). They were at this time divided up into four groups under guard by four different daimyo, yet once they had all died, their bodies were buried together at Sengakuji.

Sengakuji Temple is most easily accessible from Sengakuji Station, or a 15-20 minute walk from Shinagawa Station. Surprisingly, I’ve driven past this temple many times but only realized its history when Universal released the movie trailers for 47 Ronin. Although the story behind the Hollywood movie is fictional, the avenging of Ako Gishi has been made into various plays and is now commonly called Chushingura (The Story of the Loyal Retainers). The temple grounds are small, so you can cover a lot of history in one hour or less. Admission is free, but the museum is 500 yen. There are English leaflets, postcards and incense available for a nominal fee. As I walked through the 300-year-old gravesite, I watched admirers pray and burn incense. It was quite somber to stand among the gravestones, and to witness with my own eyes how much the chivalry of the warriors are highly regarded and respected in modern Tokyo was inspiring. The themes of “Gi” (justice;義) and “Chu” (loyalty;忠) are still highly esteemed by the Japanese. 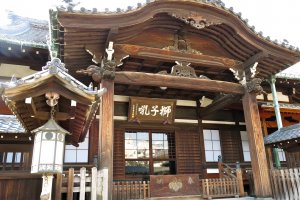 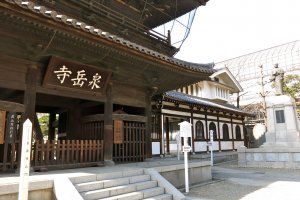 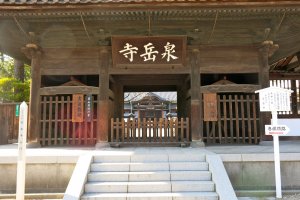 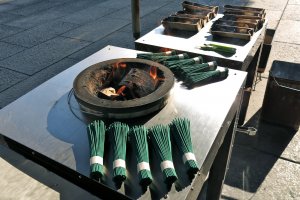 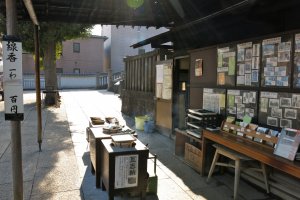 Avery Morrow 3 years ago
This is one of my favorite "traditional Japan" places in Tokyo. It has a great story behind it and it's totally untouched by modern tourism.
Reply Show all 0 replies
1 comment in total