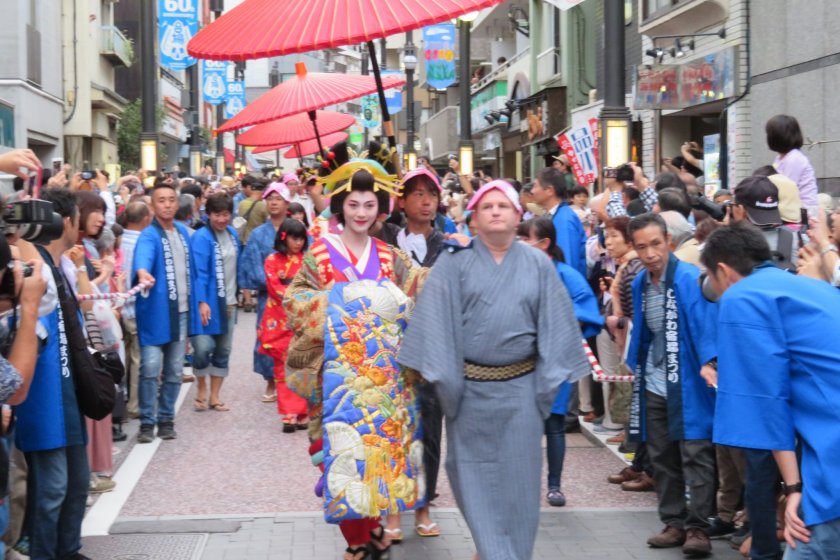 A festival for the first post town of the Tokaido Road

Shinagawa Shukuba Matsuri is held on the last weekend of September every year. Unfortunately, the event is canceled for 2020. The Shinagawa Shukuba Matsuri celebrates the tradition and cultural heritage of Shinagawa as the first post along the former Tokaido Road—the main road of five routes that linked eastern and western Japan during the Edo era. You'll be entranced by the bright colors and energetic air of the festival, so be sure to join in on the festivities!

This post town, then called Shinagawa-juku, prospered as an easy-going tourist spot and popular inn stop for people traveling the Tokaido Road. In addition to tourism and rooms, you could even be entertained by beautiful oiran courtesans; with their complicated hairstyles and vibrant kimono, they’re a lovely part of today’s festivities.

The festival was launched in 1990 as a means to protect and convey tradition and cultural heritage. Today many volunteers join in while dressed in Edo-period costumes. The festival begins at 10 am and carries on until 6 pm.

On Saturday, get ready to see the glamorous oiran courtesans from 4 pm at Yatsuyamaguchi (near Kitashinagawa Station on the Keikyu line). They'll parade down the Former Tokai Road from 4:30 and end at Shinagawa Bridge around 7:00. The finale ceremony is at 7:30 in Seiseki Park, don't miss it!

On Sunday at noon, you can watch a traffic-safety parade featuring participants dressed as Edo-style candy vendors, newsboys, and town girls. The goal of this parade is to enlighten watchers about accident prevention during National Traffic Safety Week. It’s popular to pray for traffic accident prevention at Shinagawa Temple.

Other attractions are organized throughout the area including lessons in classical handmade toys, fire walking, Tsuji Rakugo storytelling, taiko drumming, refreshment stalls, and a food fair presenting tasty delights from across Japan. Join the crowd and enjoy the atmosphere of this pre-modern post town.

The festival takes place along three easy-to-access stations: Kita Shinagawa, Shinbanba, and Aomono Yokocho. All of the stations are located on the Keikyu Main Line and can be reached via Shinagawa Station on the JR Yamanote Line. 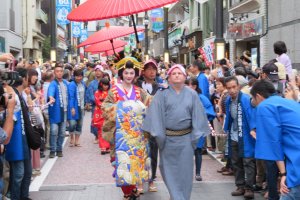 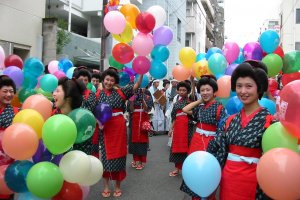 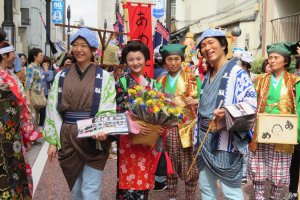 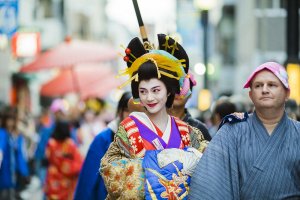 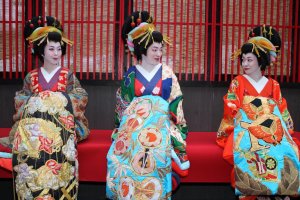 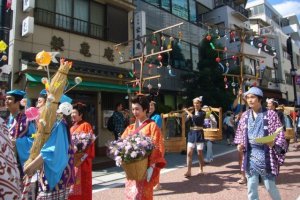 Kim B 7 months ago
So much color - looks incredible!
Reply Show all 1 replies

Sleiman Azizi 7 months ago
It's good to see attention being drawn to the old Edo highways. Their history is quite interesting.
Reply Show all 1 replies

Serena Ogawa Author 7 months ago
Looks like it should be a lot of fun!
Reply

Elena Lisina 7 months ago
Yes, festivals are always a fun! And I love the traditions kept so carefully in Japan - great!
Reply
7 comments in total