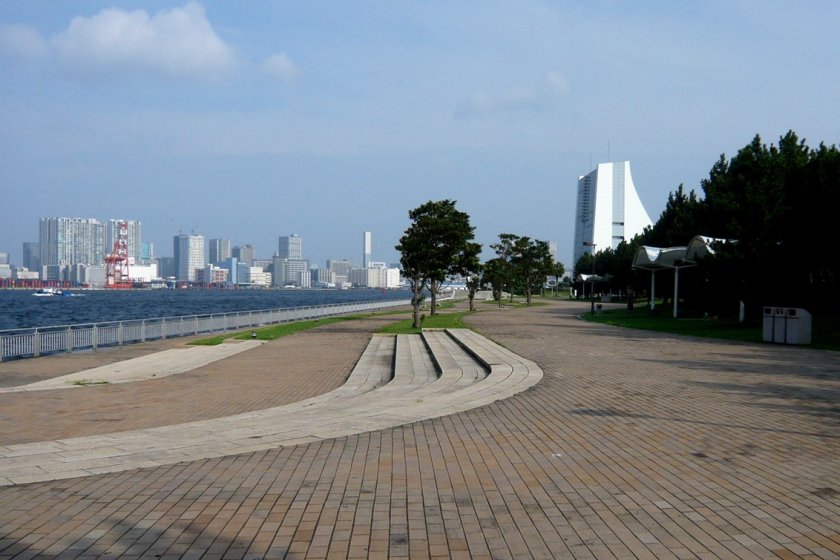 The venue for beach volleyball

Played on a high-netted sandy area, beach volleyball developed as an independent sport from classic volleyball. The most common and official status is the 2x2 format of the game and has been part of the Olympic program since the 1996 Games in Atlanta, USA.

Beach volleyball, in addition to the traditional jumping ability of volleyball players, good reaction, strength, and ball sense requires greater endurance courtesy of the sandy surface. Athletes are required to make jumps and jerks more often, matches can take place on very hot days with bright sun, or with rain and strong wind, and it is common for one team to compete in several games a day.

Shiokaze Park is located in the corner of Odaiba Island and, while seemingly modest, features great views of the beautiful Rainbow Bridge at sunset. While Odaiba can easily be explored on foot, an amphibious bus tour known as Tokyo no Kaba is also available. Travelling on both land and water, this tour bus lasts 45 minutes as it travels the modern buildings of Odaiba and then by water under the Rainbow Bridge towards Tokyo Bay.

Nearby is the Aqua City Odaiba shopping mall featuring media entertainment Mediage with Sony's Science Museum and showroom, restaurants on the 5th and 6th floors and a roof top Shinto shrine. Other places of interest, such as the Gundam Statue, shopping mall Diver City and Toyota Mega Web are also within walking distance. For those interested in relaxation, the Odaiba Oedo Onsen Monogatari is a throwback to the days of Edo with its atmospheric interior. For those visiting an onsen for the first time, here are some simple rules of etiquette and advice. 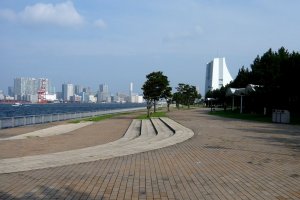 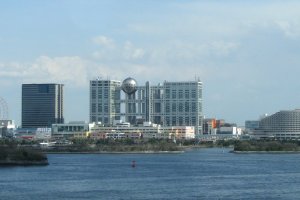 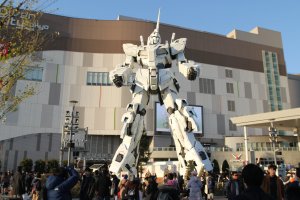 Sherilyn Siy 9 months ago
I wonder what the organizers are planning in terms of making sure athletes and spectators don't get overheated.
Reply Show all 1 replies

Elena Lisina Author 9 months ago
Splashing water all over! ))) The Olympic Games of 1964 were held in Tokyo in October because it's too hot in summer. I wonder why this year the Games are in August? It's fine in the evening though or indoors.
Reply

Kim B 9 months ago
This area is a great one for spectators - loads to see and do!
Reply Show all 0 replies

Sleiman Azizi 9 months ago
The Gundam statue is MASSIVE!! Even if you have no interest in the world of Gundam, the statue is a huge draw.
Reply Show all 1 replies

Elena Lisina Author 9 months ago
I plan finally to see it in summer! Yes, I'm not the fan of such anime. :D
Reply
5 comments in total