A four-day festival in chic Kagurazaka

In late July, the Tokyo suburb of Kagurazaka will host the annual Kagurazaka Matsuri.

Held over four days, the first two days of the festival center around the Houzuki Market. Houzuki are ground cherries used during the obon festival in summer and were once thought to prevent chronic illness. The final two days feature the Awa Odori Festival with crowds of evening dancers performing traditional Japanese dances that originated from far-off Tokushima Prefecture.

Kagurazaka features a lively local eatery scene and along with the four days of festival street food stalls, the area will be full of happy revelers enjoying a traditional Japanese summer party atmosphere. 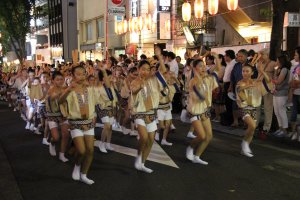 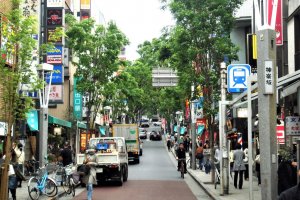 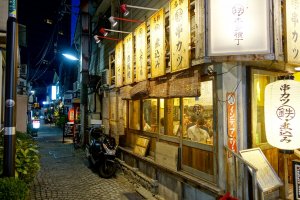 Elizabeth S 3 years ago
Some people know houzuki as Chinese lantern. Besides their use in Obon traditions, they look beautiful in dried flower arrangements.
Reply Show all 0 replies

Elena Lisina 3 years ago
This festival sounds interesting! I stay in Tokyo on July 26-28 and my plan is Ebisu Bon Odori on July 26 and Sumidagawa Hanabi on July 27. Impossible to catch all events! Maybe this one is better than Ebisu festival? What you'd recommend? I've never visited Kagurazaka yet...
Reply Show all 4 replies

Sleiman Azizi Author 3 years ago
Sumidagawa is huge. Kagurazaka is local but you know, when the crowds are in and the energy is flowing, these festivals are always huge.
Reply

Elena Lisina 3 years ago
What about Ebisu Bon Odori? I have to choose one of those - Ebisu or Kagurazaka to visit on July 26. I watched the video of Kagurazaka and liked those dances in costumes. In Ebisu the event seems to be just on the square in front of the station. Hmmm....
Reply

Sleiman Azizi Author 3 years ago
The main road at Kagurazaka is a slope so that adds to the appeal. It's up to you Elena. I think you'll have a good time either way :)
Reply

Elena Lisina 3 years ago
Yes, I'm sure that would be great time! :D
Reply

Kim 3 years ago
I'm already excited about all the summer festivals!
Reply Show all 0 replies
7 comments in total