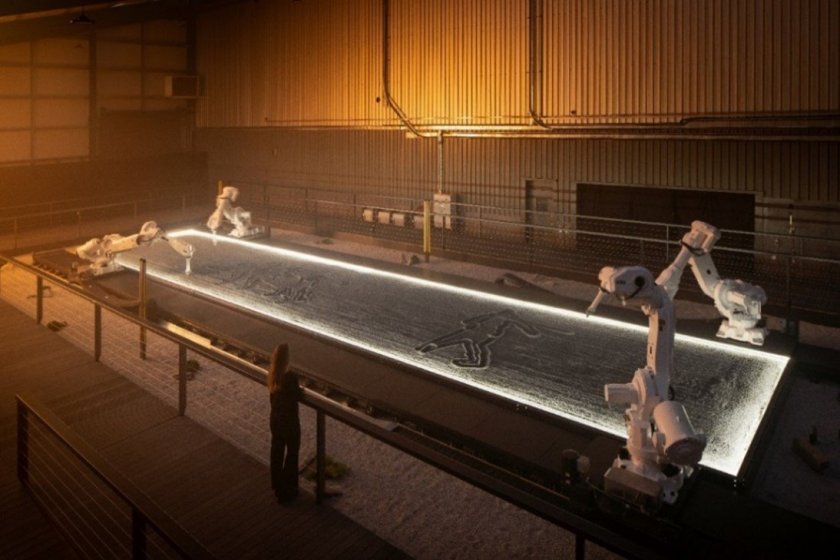 Running to coincide with the Tokyo Olympic and Paralympic games, The Constant Gardeners is a unique outdoor event which fuses cutting-edge computer technology and the ancient tradition of the Japanese Zen garden.

Hours and hours of footage from various sporting disciplines has been analyzed, and the movements of numerous athletes have been digitally captured. These movements have been programmed into four industrial robot arms mounted on linear rails, who will precisely rake them into a large-scale gravel canvas. Made of fourteen tonnes of crushed black basalt and four tonnes of grey granite, the zen garden will feature around 150 unique illustrations throughout the duration of the games.

For those who opt to drive, there are paid parking lots in the surrounding area. 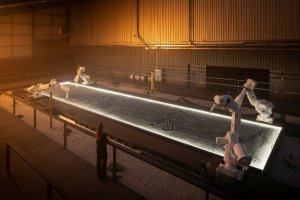