An article for the transport enthusiasts

Ever had a fascination or interest about the history of the subway, or have you every wondered how the subway system has evolved or expanded from when the first subway was launched? Then this is the place for you.

The Tokyo Subway Museum is a must see for the transport enthusiast. It is a modern museum filled with historic and current information about Japanese subways. As you walk into the museum, you would be greeted by the lovely staff of the museum. After you have bought your ticket, you would be able to go through to the concourse of the museum. As you begin your journey, you would be able to see and sit in a ticket checking booth near the entrance. Then you would be able to see the subways that have been used since the 1920's. Not only would you be able to go into the carriages and feel like a passenger, you could enter the carriages via an old ticket barrier. One of the trains is also near a model platform to give you a real atmosphere of what it was like waiting for the subway as a commuter.

However if you want a panorama look of the subway infrastructure, you could go to the end section of the museum. There will be a large subway model waiting for you, which will enhance your knowledge about the subway.

If you prefer some hands on experience, why not have a go at being a subway driver. There is a subway simulator there, which will give you a realistic experience. There will be an instructor present to teach you how to control the buttons and systems.

This is the ideal attraction if you want a family fun day, or just a fun day with your friends. I would very much recommend the museum! 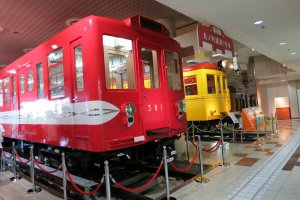 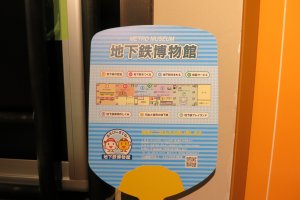 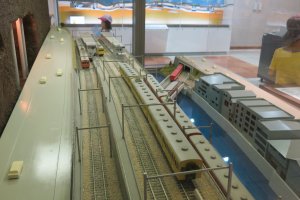