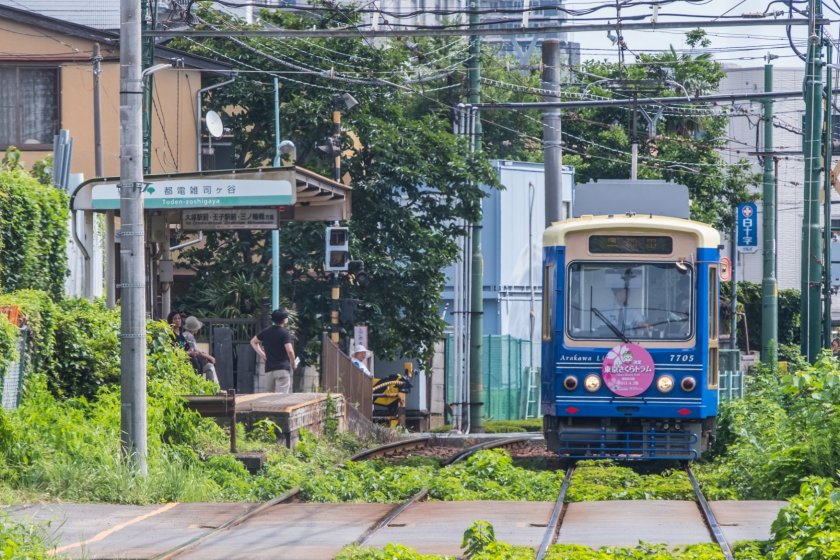 Take a trip through old Tokyo

The Toden Arakawa Line is one of just two streetcar lines still operating in Tokyo today. It was originally built by the Oji Electric Tram Company, with some sections dating back to 1913.

In 1974, under threat of closure, the line was bought by the Tokyo Metropolitan Bureau of Transportation (to the delight of local residents).

The Toden Arakawa line runs a distance of 12.2 kilometers from Waseda Station in the West to Minowabashi Station in the East, through the silent residential areas of Tokyo.

It is called a streetcar, but actually runs separated from the street for most of the journey. Passengers are given a glimpse of the Tokyo of days gone by - through quiet, old- fashioned neighborhoods whilst avoiding the traffic and delays of the roads.

In 2017, the Toden Arakawa Line was rebranded officially to the Tokyo Sakura Tram.

A short ride from the Waseda terminal is Zoshigaya, with its famous cemetary running alongside the tramline. Amongst its famous residents is Patrick Lafcadio Hearn, a Greek born author also known by his Japanese name Koizumi Yakumo. Strange though it may seem, the cemetery is pretty and peaceful, worth a morning stroll on a summer's day. Sugamo, an area also served by the Yamanote line, is a popular shopping area for the elderly residents of Tokyo. The 800 meter long Jizo Diro shopping street is endearingly referred to as "old Lady's Harajuku". Over 200 shops in this street consider the elderly their target audience, selling items such as clothing, traditional foods, and old fashioned sweets. At around the midway point of the journey is Asukayama Park. Shibusawa Eiichi, president of the first modern bank in Japan (and described as the Father of Japanese capitalism) once owned this park, where you will find a museum in his honor. This pretty hill top park also houses a 'paper museum' and the Kita City Asukayama museum which displays locally discovered archeological finds.

Onwards, and the tram trundles through to Minowabashi. If you were to disembark at Arakawa-Itchumae, one stop earlier, you can walk the 465 meter long covered shopping arcade between the two stations. Reaching the end of the arcade, a junction with the Nikko Kaido highway allows you to head north to Senju Ohashi. This is the bridge (originally built in 1594 but replaced in 1921) that renowned poet Matsuo Bashi crossed to leave the Edo city limits, stopping to write the first haiku of his travelogue "Narrow Road to the Deep North."

The Toden Arakawa line offers a glimpse into an older way of life – simple, quaint and relaxed. The street car drivers are friendly and patient with their passengers, generally older and less mobile than the patrons of the modern railways. If you have a love of the old, or your passion is to explore, this is a cheap way to spend the day. You may be pleased to know that the on train announcements are provided in English as well as Japanese. A single ride will cost you 160 yen, but you can purchase an economy day pass for 400 yen (200 yen for children). A full journey will take around 48 minutes, though is less strict on its timekeeping that you may find on the Yamanote line!

Factbox: the sounds of the bells have given the trams the nickname “chin chin densha.”

Japan obsessive, vegetarian, amateur photographer and webmaster for www.vegetariantokyo.com Visiting Tokyo isn't easy for Vegetarians and Vegans, and this is what encouraged me to start the website - I felt there wasn't enough help on the internet for travellers, so I hope people find it helpful :) Inbetween life as a new Dad, I study Japanese and Dutch languages and travel as often as possible. 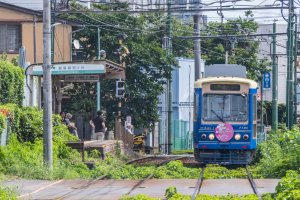 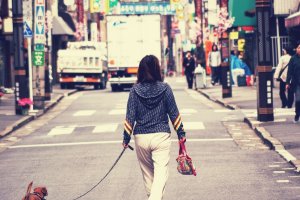 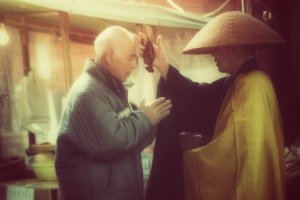 Sleiman Azizi a year ago
I enjoyed this read. Planning to ride the line in December...
Reply Show all 0 replies
1 comment in total