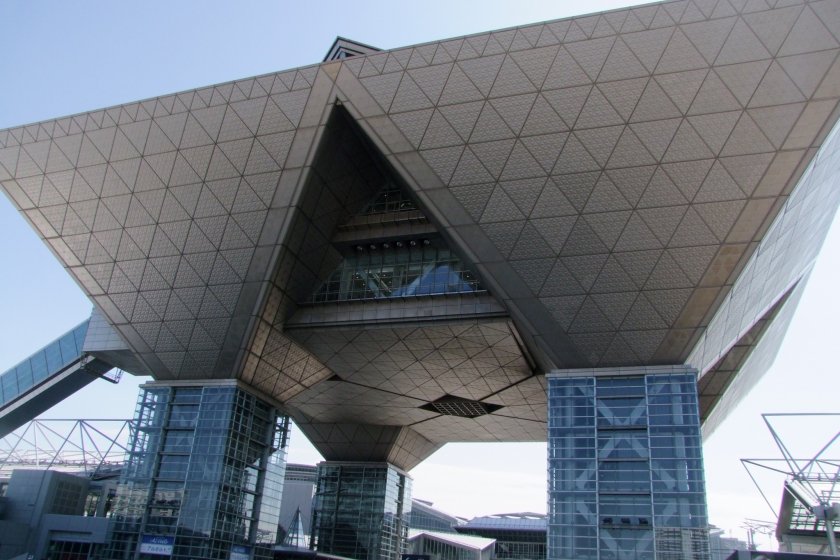 The largest convention center in Japan

Odds are if you live in or have visited Tokyo, you've been to Tokyo Big Sight. This massive convention center is notable in every way: its design, its uses, its sheer size. One of the most unique and notable buildings in Tokyo, attending an event at the Big Sight convention center is surely a memorable one.

Formally known as the Tokyo International Exhibition Center (Tokyo Kokusai Tenjijo), Tokyo Big Sight opened in 1995 after four years of construction. It has nearly 231,000 square meters of floor space that is divided into three main areas: the East and West Exhibition Halls, and the eight-story-tall Conference Tower. It is the largest convention center in Japan, and is about 50% larger than the next-biggest: Makuhari Messe. It welcomes approximately 11-13 million visitors per year.

The facilities of the convention center are sleek, clean, and modern. The design is truly beautiful, featuring many high, glass-paneled roofs, clean gray colors, moving walkways, and interesting geometrical shapes. The most striking architectural feature is the Conference Tower which looks like a set of four inverted pyramids, and serves as the facility's trademark look. There are also rooftop and outdoor exhibit spaces.

The grounds are full of interesting pieces of artwork, both inside and out. One of the more prominent is "Saw, Sawing" which can be seen in front of the building. It is a giant saw that appears to be cutting through the earth. A complete look at the center's artwork can be found on its website.

The facility also hosts a large number of business conferences and trade fairs. It will also be a site for the 2020 Tokyo Olympics, scheduled to contain the wrestling, fencing, and taekwondo events.

The convention center has a nice set of facilities. It houses more than 15 restaurants and cafes, several convenience stores, a business center, ATMs, and coin-operated lockers.

Tokyo Big Sight is located on the man-made island of Odaiba, in Tokyo. It is a 7-minute walk from Kokusai-Tenjijo Station (on the Rinkai Line) and a 3-minute walk from Kokusai-Tenjijo-Seimon Station (on the Yurikamome transit line). There is an underground parking area connected to the facility with space for 4,000 cars. Numerous buses stop at the facility as well. 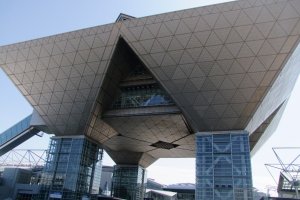 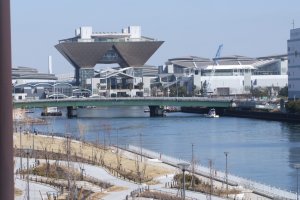 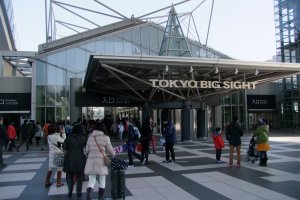 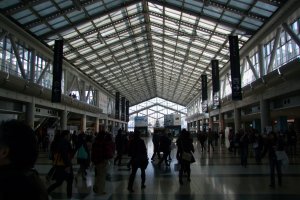 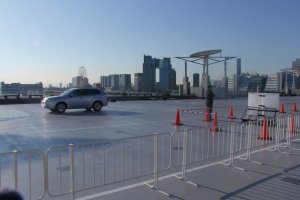 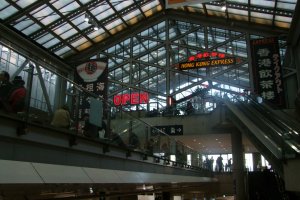