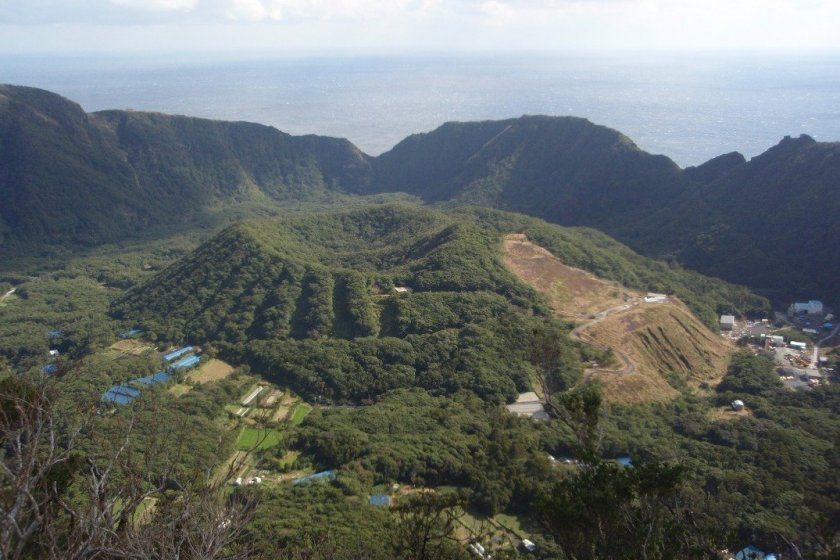 The place to enjoy nothing

Accessible via a three hour ferry or a twenty-minute helicopter ride from nearby Hachijojima Island, Aogashima Island is the last of the Izu Islands and a literal island escape from the world. With less than two hundred residents, this volcano within a volcano is still untouched by the tourist trade. Home to the stunning topography of Mt. Maruyama, the eternal views from Oyamatenbo Park, the curious Seijuji Temple and the Kanju Monument, Aogashima Island is a place to simply relax and do nothing.

A volcanic peak residing within the greater peak that is the island itself, Mt. Maruyama is rare example of a double volcano. Seen from afar, the almost terraced plantations of camellia trees create a curious sight, to say nothing of the volcanic steam and double crater shape.

Fifteen minutes by car or sixty minutes on foot from Aogashima Village Office.

With stunning 360 degree views from an elevation of four hundred metres, the Oyamatembo Park is the place to watch the island. During the day, the Pacific Ocean and the rest of the island open up while at night, the starry sky itself, free from competing urban lighting, becomes a sight to behold.

Ten minutes by car or forty minutes on foot from Aogashima Village Office.

Amongst a number of local Shinto shrines, Seijuji Temple is the only Buddhist temple on the island. Originally established in the seventeenth century, this Jodo sect temple features a sister temple on nearby Hachijojima Island. The current structure is entirely modern, though simple and features an outhouse shaped like a tree trunk.

Two minute by car or ten minutes on foot from Aogashima Village Office.

Courtesy of an eruption, residents in the late late eighteenth century were forced to evacuate to nearby Hachijojima Island. It took fifty years before many of the residents were finally able to return. Sasaki Jirodayu, who lead the struggle to return to the island, was honoured with a statue in his favour. 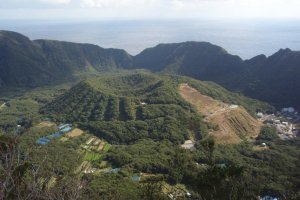 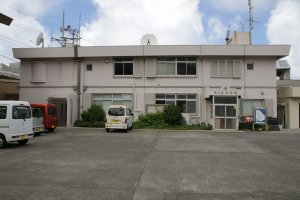 Elizabeth S 6 months ago
This has got to be the one of the farthest places you can go and still be in Tokyo.

I totally get the appeal. A semi-tropical island surrounded by nothing is where you do...nothing.
Reply Show all 1 replies

Sleiman Azizi Author 6 months ago
Oh, there are a few more places further...
Reply
2 comments in total
Back to Contents