Quality sites without the bustle

Tokyo's most populated ward, Setagaya City eschews the wild extravagances of its more famous urban neighbours with open spaces, quality museums, and a residential ambience. The 400 year old Boroichi Flea Market is culturally recognised, the Japanese and Asian collection of the Gotoh Museum is first rate and the historical Komazawa Olympic Park marks Japan's growth into an industrial power.

Once a family temple for a feudal lord, Gotokuji Temple is now famous for its hundreds of maneko-neko lucky cat statues. Designated as a historical landmark of the city, this pleasantly local Buddhist temple is set well away from the noise of Tokyo. The well preserved entrance gate and bell tower are worth checking out.

Three minutes from Miyanosaka Station on the Tokyu Setagaya Line.

An incredibly picturesque shrine, Rokusho Shrine is completed by its classical wooden structures and moss-covered stone statues. Established in the mid-16th century, the shrine is surrounded by a grove of trees considered sacred and the low-key atmosphere, particularly on weekends, lends itself to relaxed contemplation.

Nine minutes from Sengawa Station on the Keio Line.

Built for the 1964 Tokyo Olympic Games, Komazawa Olympic Park features archery ranges, baseball fields, tennis courts as well as a memorial gallery to the nation's first Olympic Games. Cycling tracks and rental bikes are available while those preferring to relax can picnic on the spacious grounds or enjoy the three children's playgrounds.

Fifteen minutes from the Park Exit of Komazawa-daigaku Station on the Den-en-toshi Line.

With its 500 plum blossom trees, Hanegi Park becomes a stunningly beautiful place to watch the plums blossom from February through to March. Very much a local area, the park features play areas - including a labyrinth - for the kids as well maintained gardens and rows of trees standing watch over residents.

Five minutes from Umegaoka Station on the Odakyu Odawara Line.

Decorated with outdoor sculptures and statues, Setagaya Art Museum features over 16,000 pieces in its permanent collection. As well as staging season exhibitions, this pleasantly contemporary gallery works to showcase artists from not only the local area but also those without any formal training.

Fifteen minutes from Yoga Station on the Den-en-toshi Line.

Established to display the over 5,000 collected works of Gotoh Keita, the Gotoh Museum is dedicated to Japanese and Asian art. The museum's most famous piece is a Heian period illustrated scroll of The Tale of Genji, available for viewing early May. With six or seven exhibitions each year, this museum is quality.

Five minutes from Kaminoge Station on the Tokyu Oimachi Line.

Rising prominently from Sangenjaya is Carrot Tower. Named by the city's residents for its bright orange colour, the 26-story building boasts a free observation deck with unobstructed views of Tokyo, a cafe and restaurant. On clear days, Mt. Fuji can be seen as well as Tokyo Skytree.

One minute from Sangenjaya Station on the Den-en-toshi Line.

Running since 1578, Setagaya's Boroichi Flea Market has been recognised as an Intangible Folk Cultural Property of Tokyo. Held twice in winter, once in December and then in January, this two day event features over 700 vendors peddling their wares. An absolute must visit when in town.

Three minutes from Setagaya or Kamimachi Stations on the Tokyu Setagaya Line. 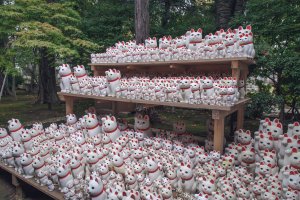 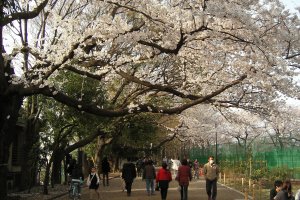 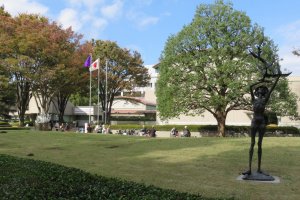 Kim a year ago
Love Gotokuji! Also it's hard to beat free when it comes to observation decks :)
Reply Show all 1 replies

Sleiman Azizi Author a year ago
I used to be a regular at Carrot Tower.
Reply
2 comments in total
Back to Contents