Tokyo's new governor, Yuriko Koike, has decided to postpone the relocation of Tsukiji Fish Market to Toyosu to allow time for final groundwater test results to be released early next year.

The world renowned fish market was originally scheduled to close on November 2, 2016 – relocating to Toyosu for a November 7th opening – but ongoing concerns over soil contamination have served to now postpone any potential move back until next February at the earliest.

Koike, who took over the governor office since August 1, pledged that she would review the relocation project during her campaign. With the postponement, it is clear Koike is better representing the interests of Tsukiji's own fish merchants, many of whom have expressed concern over the new facilities, the disruption of the market's peak season and unresolved issues over soil contamination at the new site.

Tsukiji Fish Market was established in 1935 and in 2001, the government announced plans to relocate this 81 year old market to the Toyosu area, citing that the aging facilities were becoming dangerous.

The new announcement is of course great news for tourists still hoping to make a visit to the historical, original site, well known for its famous morning tuna auctions but also widely seen as a cultural symbol of Tokyo.

However, one possible consequence is possible delays to the commencement of a new highway construction project – Kanko Nigosen (Loop no. 2) – seen as a crucial link to the Tokyo Bay Zone needed for the Tokyo 2020 Olympics. 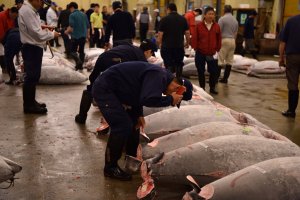 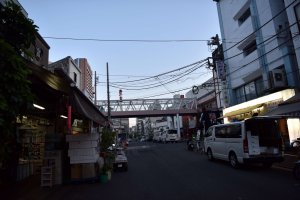 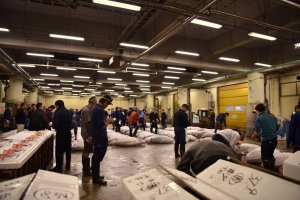 Justin Velgus 4 years ago
Well-written and certainly news-worthy! Great job sharing. I wanted to add a few points. You mention contaminated soil, which is a concern. To clarify, there used to be a type of gas plant. Also, another point not mentioned by many which I saw on a news program is the space of each store. Most are uniform size and quite narrow. Some shops have huge two arm saws to cut the big fish that can't fit in the cubicle like stores. Also, because the shops (at least the pictures I saw) are walled in, I worry about the sense of community of sellers being lost. Now shops are next to each other, with few barriers, making it easy to talk to neighbors. Rebuilding the current market in stages could be a better idea than having the world's largest fish market have concerns about safety. And a final hope is, I wish they made a kind of glass wall skywalk (viewing platform or catwalk) where all tourists can view the famous auction from a distance.
Reply Show all 1 replies

Natasha Dea Author 4 years ago
Hi Justin, thanks for adding some important points :)
It is true that there used to be a gas company called Tokyo Gas co. operating the site. Actually, the soil contamination issue occurs because the company revealed that the soil contain highly toxic substances. However, Tokyo metropolitan government argues that the soil won't pose any problems since they already removed 2 meters of surface soil and replaced it with the new one. But still, many people get worried over this problems and I think I understand their concerns.
I wish they will move Tsukiji fish market to a better place with much better facilities too.

Relinda Puspita 4 years ago
A must early morning visit while in Tokyo.
Reply Show all 0 replies
5 comments in total