End of an era: the iconic fish market moves to Toyosu

With coolers straining against the summer heat, tens of thousands of daily visitors sightseeing in earnest, and delivery scooters zooming around while loaded with tonnes of cartons of fresh seafood, nobody could say that Tsukiji Fish Market's hustle and bustle didn't have it all.

This veritable melting pot of street hawker charm and some serious seafood trading is now, technically, a thing of the past. While the outer market with its 500 shops will stay where it is, on Thursday October 11, 2018, the inner fish market of Tsukiji will officially reopen in its new home in Toyosu, a couple of kilometres away. Toyosu Fish Market, a new era for seafood in Japan, has arrived.

The iconic tuna auctions will now be found in Toyosu's more auction-friendly setup, with dedicated viewing platforms for visitors. No need to sign up to watch either; just get there early and pick your spot. A change, to be sure, from the wild ride of rubbing shoulders with auctioneers and bidders, but at least you'll be safe from collapsing antiquated hovels. Yes, the fish markets have entered the modern world.

Decades in the making, the move to Toyosu was inevitable. Concerns about safety standards were very real and despite the incredible charm that Tsukiji's old inner market had, the reality was that it was all surviving on a stubborn old oily rag.

Many are already mourning the loss of this unique part of Tokyo's incredible history. But as each era ends, it's axiomatic that a new one will begin. So it is with Toyosu. The stage is now set for another 83 years and more of Japanese seafood history, as new experiences and new memories are made.

The mad, eccentric hustle and bustle may be gone but the seafood still remains.

Take the train on the Yurikamome Line and get off at Shijomae Station. Toyosu Fish Market is connected directly to the station via an overhead passage. 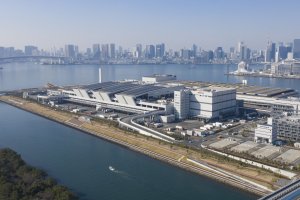 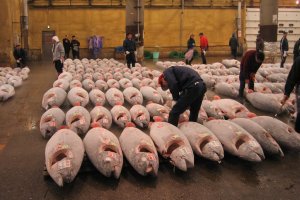 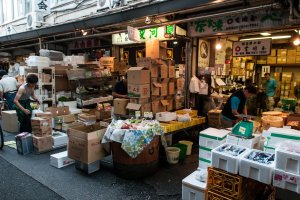 Elizabeth S 2 years ago
I hope that visitors will continue to shop and dine at the Outer Market. There are a dozen sushi shops and a lively atmosphere. Around the corner, Tsukiji Honganji with its Hide memorial and pipe organ, Hamarikyu and Kyu Shiba Rikyu Gardens. It’s not far from Zojoji and Shiba Park.
Reply Show all 1 replies

Sleiman Azizi Author 2 years ago
You'd have to be mad not continue with the outer market. It's also all hustle and bustle. My favourite sushi joint is there, Okame!
Reply

Diagoras Kalaitzoglou 2 years ago
Really loved the positive feel of your article :) Tsukiji, the way it was, was definitely a very unique place and I would consider us lucky we managed to experience it. Very interested to go to the new venue to experience the "new" Tsukiji. I've been following and reading all kinds of things and the stories of many of the people who are working in Tsukiji or have shops are of mixed feelings for all kinds of reasons. Guess there is always an end to a story for a new one to begin :)
Reply Show all 1 replies

Sleiman Azizi Author 2 years ago
Thanks for the kind words. The thing is, the outer market is still full of its own hustling and bustling, so Tsukiji is still there.
Reply

Kim 2 years ago
The new way of watching the auctions sounds like it’ll be much more convenient!
Reply Show all 1 replies

Sleiman Azizi Author 2 years ago
I've heard the term sterile but I don’t think that's fair to the people actually trying to do their job. Tsukiji never started out as a tourist spot so the new location ought to work in every one's favour.
Reply
6 comments in total